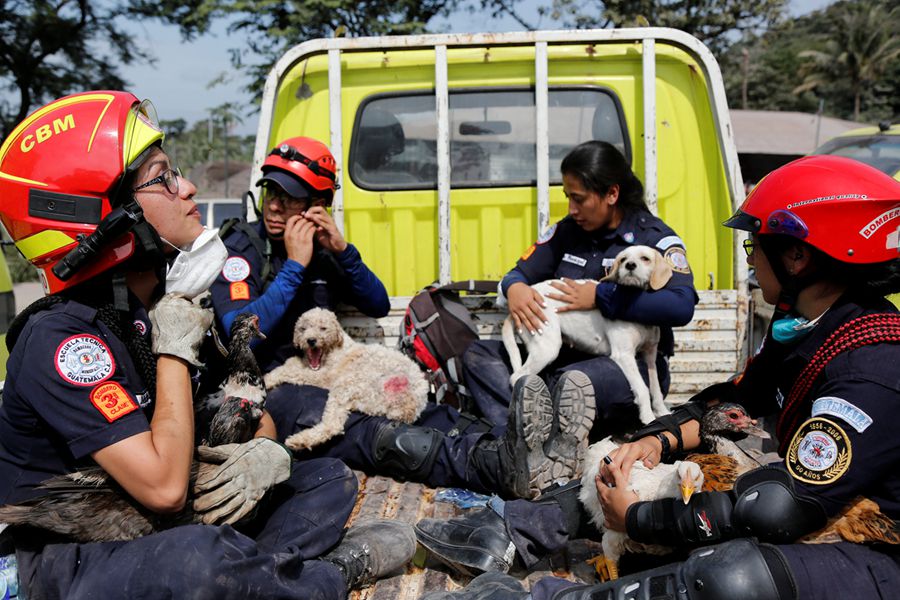 Lilian Hernandez cries as she is comforted by her husband near Escuintla, Guatemala, on Tuesday. OLIVER DE ROS/ASSOCIATED PRESS

ESCUINTLA, Guatemala-Lilian Hernandez wept as she spoke the names of aunts, uncles, cousins, her grandmother and two great-grandchildren-36 family members in all-missing and presumed dead in the explosion of Guatemala's Volcano of Fire.

"My cousins Ingrid, Yomira, Paola, Jennifer, Michael, Andrea and Silvia, who was just 2 years old," the woman said-a litany that brought into sharp relief the scope of a disaster for which the final death toll is far from clear.

What was once a collection of verdant canyons, hillsides and farms resembled a moonscape of ash, rock and debris on Tuesday in the aftermath of the fast-moving avalanche of superheated muck that roared into the tightly knit villages on the mountain's flanks, devastating entire families.

Two days after the eruption, the terrain was still too hot in many places for rescue crews to search for bodies or-increasingly unlikely with each passing day-survivors.

By Tuesday afternoon, a new column of smoke was rising from the mountain and Guatemala's disaster agency said volcanic material was descending its south side, prompting an evacuation order and the closure of a nearby national highway. Rescuers, police and journalists hurried to leave the area as a siren wailed and loudspeakers blared, "Evacuate!"

The new evacuation order set off a panic even in areas that were not under it. Dozens of people could be seen walking down roadsides carrying children or a few belongings beside paralyzed traffic in parts of Escuintla township south of the volcano.

A lucky few, like retiree Pantaleon Garcia, was able to load his grandchildren into the back of a pickup with a jug of water and some food, to go to stay with relatives in another town.

"You have to be prepared, for the children," he said.

Even in more distant central Escuintla, which hosts most of the shelters for those evacuated from other areas, businesses were closed as people left.

On Sunday, when the volcano exploded in a massive cloud of ash and molten rock, Hernandez said her brother and sister ran to check on their 70-year-old grandmother on the family's plot of land in the village of San Miguel Los Lotes.

"She said that it was God's will, she was not going to flee," Hernandez said. "She was unable to walk. It was hard for her to get around."

Her brother and sister made it to safety, but their grandmother has not been seen again.

Hernandez and her husband, Francisco Ortiz, survived because they moved out of Los Lotes just two months ago to begin a new life on a small plot of land.

The couple has been staying at a Mormon church in the nearby city of Escuintla and going to a morgue there to await news. So far only the body of one relative, her 28-year-old cousin, Cesar Gudiel Escalante, has been recovered and identified.

"The people ended up buried in nearly 3 meters of lava," Ortiz said.

"Nobody is left there."

The fast-moving flows with temperatures as high as 700 C and hot ash and volcanic gases that can cause rapid asphyxiation caught many off guard.

On Tuesday, it was clear that the official death toll was sure to climb and fears spread that anyone still stuck in the buried houses was dead and would remain entombed there.

Sergio Cabanas, director of the disaster agency, said on Tuesday night that 192 people were listed as missing. 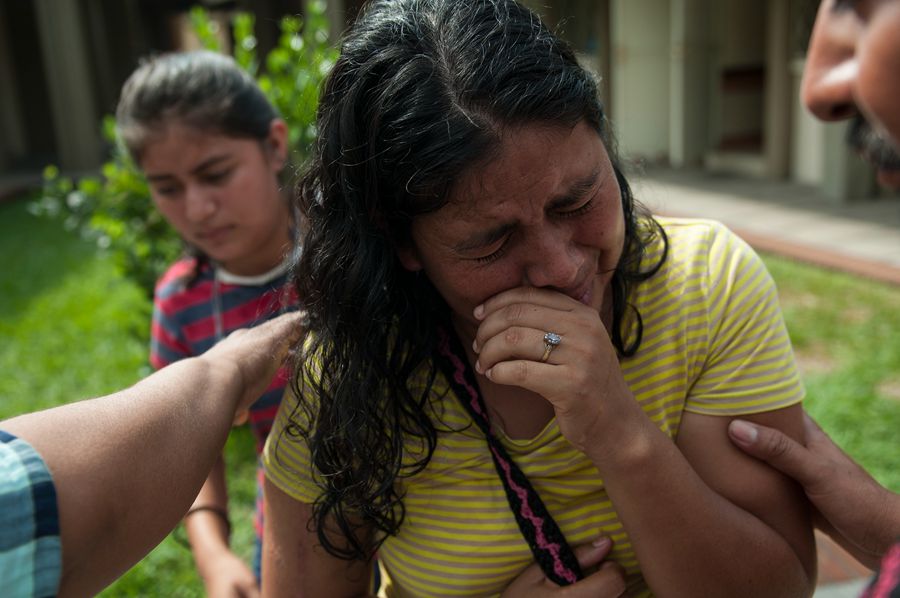 Firefighters hold rescued animals at an area affected by the eruption of the Fuego volcano in Escuintla, Guatemala, on Tuesday. LUIS ECHEVERRIA/REUTERS