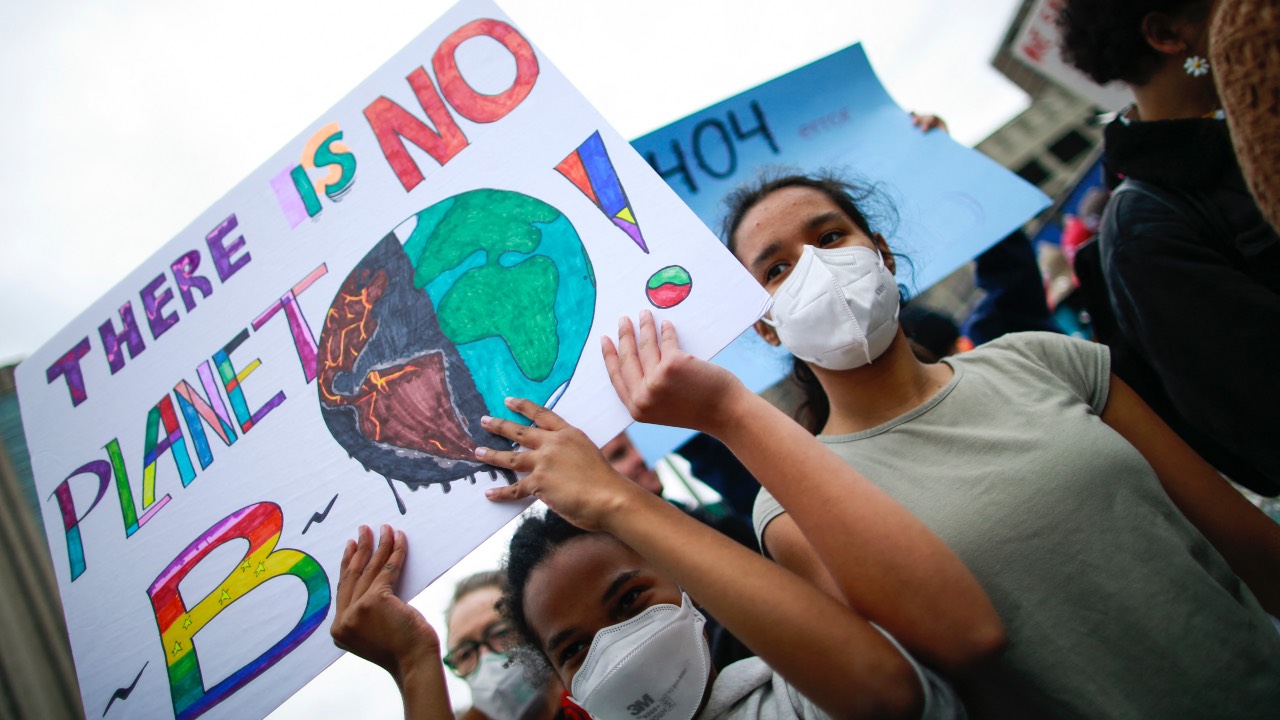 Some studies have said that developing nations need to spend trillions per year, many times more than current levels of investment. (Photo: AFP)

Drastic cuts to fossil fuel use, growing forests and eating less meat – these are just some of the actions needed in this decade to restrict global warming to 1.5 degrees Celsius above pre-industrial temperatures, a major report by the UN climate science agency said on Monday.

Despite climate change warnings issued by the Intergovernmental Panel on Climate Change (IPCC) since 1990, global emissions have continued to rise in the last decade, reaching their highest point in history.

The result is that global emissions are on track to blow past the 1.5 degrees Celsius warming limit envisioned in the 2015 Paris Agreement and reach some 3.2 degrees Celsius by the century's end.

At this point, the report says, only severe emissions cuts in this decade across all sectors – from agriculture and transport to energy and buildings – can turn things around. Even then, governments would also need to bolster efforts to plant more trees and develop technologies that could remove some of the carbon dioxide already in the atmosphere after more than a century of industrial activity.

"It's now or never," IPCC report co-chair Jim Skea said in a statement with the report – the last in a three-part series by the IPCC. The next review cycle is not expected for at least another five years.

While other recent IPCC reports addressed the latest findings in climate change science as well as ways for the world to adapt to a warmer world, the report released on Monday tackled ways of curbing emissions – making it one of the more contentious reports of the pack for governments. The report's release was delayed by six hours, after governments tasked with approving a key policy summary wrangled over equity, finance and other thorny issues, including how big a role "nature-based solutions" like tree-planting should play in cutting emissions.

Some scientists described the process as "excruciating".

"Different countries have different interests," said IPCC co-author and climate scientist Jan Minx. "Everyone wants to make sure that their concerns are addressed... but scientists have the last word."

The scientists also warned that renewed efforts to slash the climate-heating fossil fuel emissions must be fair and take into account countries' other key priorities – such as development in poorer nations – or they will likely fail. 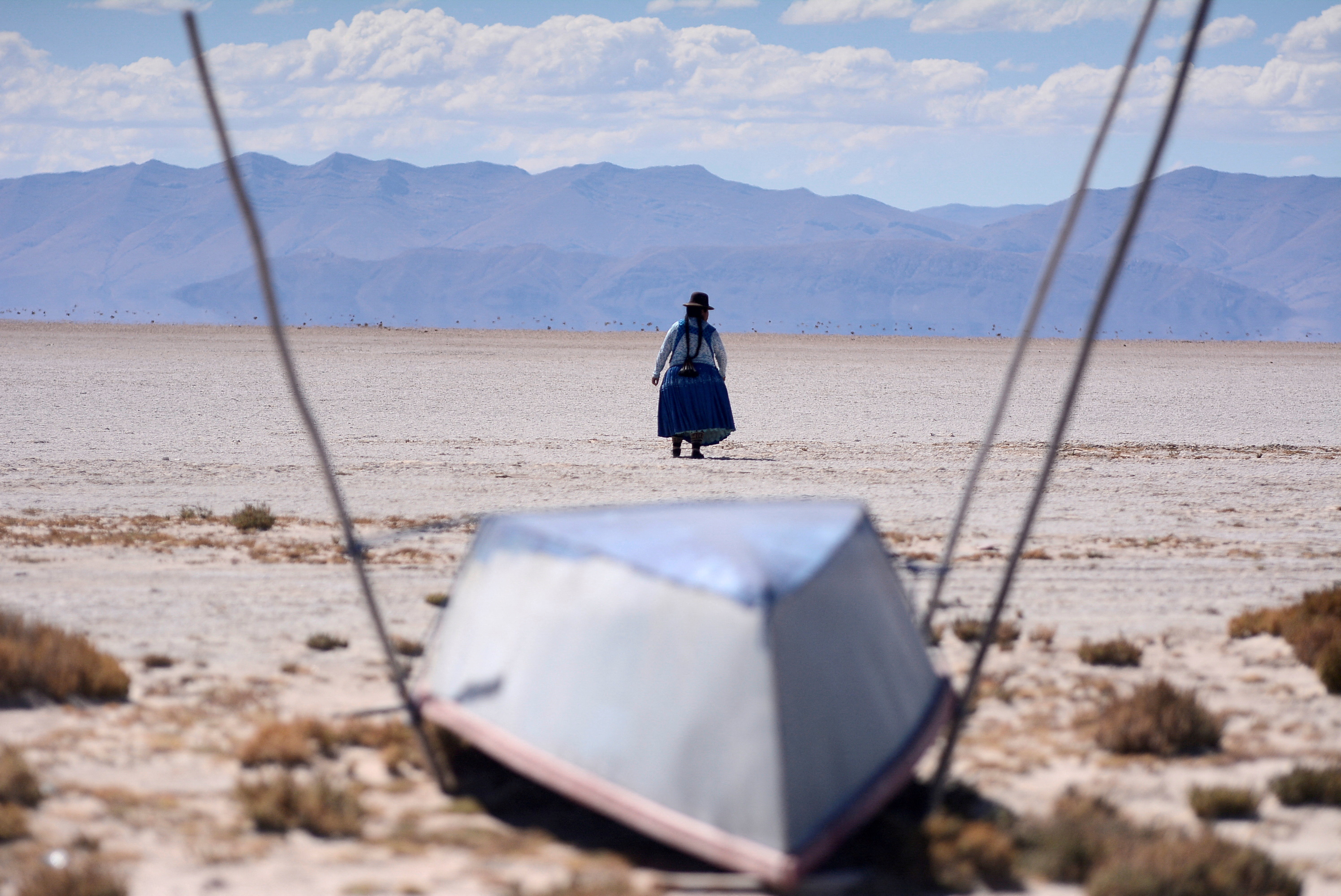 Cristina Mamani walks near an unused boat in Lake Poopo, Bolivia's second-largest lake which has dried up due to water diversion for regional irrigation needs and a warmer, drier climate, according to local residents and scientists. (Photo: Reuters)

Emissions will have to be cut swiftly and deeply across economies to limit global warming to internationally agreed temperature limits, they said in the latest report.

But "if you do that at the expense of justice, of poverty eradication and the inclusion of people, then you're back at the starting block," said Fatima Denton, one of its 278 authors.

The report did not call for the full abandonment of fossil fuels but emphasized that the technology needed to shift to clean energy is largely available and getting ever cheaper.

However, the finance required to deploy it on a large enough scale is still lacking, it added, particularly in poor nations. 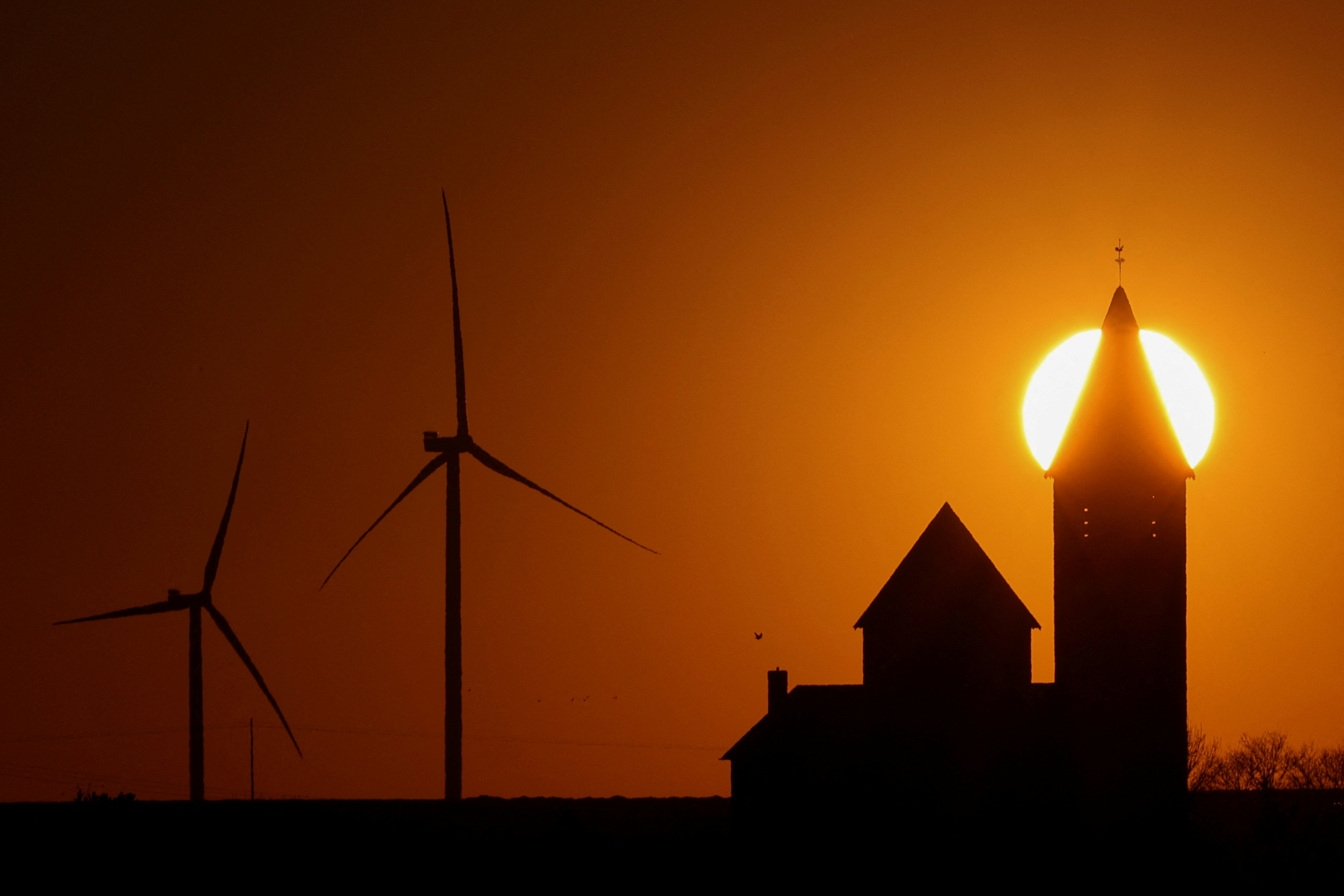 Rachel Kyte, dean of The Fletcher School at Tufts University in the United States, said many people around the world want to make low-carbon shifts in their lives but need help doing it.

"If you deal with the upfront cost of moving from a gas boiler to a heat pump and make it easy to do... people will do it," she said during an online event.

Michael Grubb, a professor of energy and climate change at University College London and an author of the IPCC report, said cutting emissions had costs but also significant potential to improve lives, something that needed more political emphasis.

The price of zero-carbon electricity, for example, is half to a third of what most people now pay for their power, he noted.

"If that's not an opportunity... in terms of political narrative, I don't know what is," he added, especially as the Ukraine crisis sends gas bills soaring.

"This low-carbon stuff could actually be rather nice," he said, saying it could lead to cleaner cities, quieter cars and cheaper energy.