WORLD 'Priceless' Haul Of Over 27,000 Artefacts Seized In France

'Priceless' Haul Of Over 27,000 Artefacts Seized In France

French authorities have seized a "priceless" haul of over 27,000 archaeological artefacts ranging from Bronze Age bracelets to Roman coins that had been secretly amassed by a single person in the east of the country, customs said Wednesday. 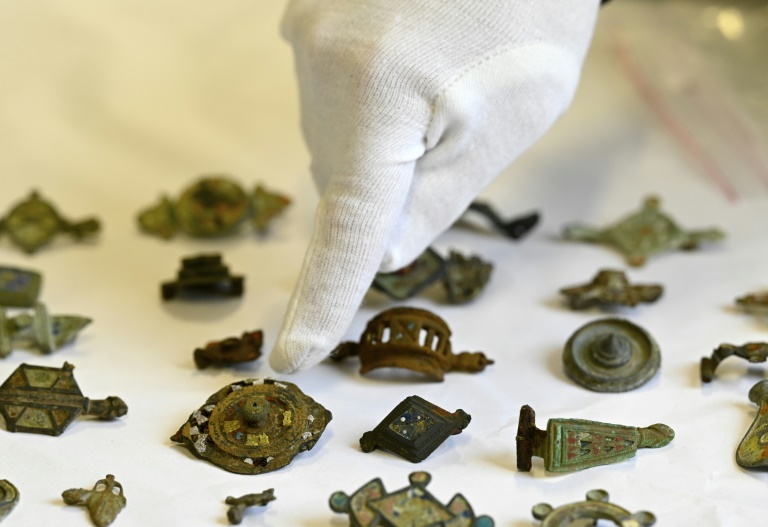 The seizure of the 27,400 objects was the result of a year-long investigation conducted by French customs, Belgian authorities and the French culture ministry.

The hoarder, who has not been named and now faces a criminal probe, had built up the collection for personal and trading purposes, the French customs service said.

He had amassed the collection himself using metal detectors as well as what appears to be a deep archaeological knowledge.

The man had first aroused suspicion in 2019 when he told authorities he had found almost 15,000 Roman coins by chance on land he had acquired in Belgium.

The French customs service then confirmed that this haul had actually been built up through "the looting of various sites in France", it said.

The case has now been handed to the judiciary, with the man risking a colossal fine and possibly jail time.

This seizure is "a clear message to those who -- for the profit and the selfish pleasure of a few -- deprive us of our shared heritage and erase entire sections of our history", Economy and Finance Minister Bruno Le Maire said in a statement.

He described the haul as a "priceless treasure".

The collection includes thousands of rare Roman coins, many of them rich in silver.

Also among the looted objects are bracelets and torques dating from the Bronze Age and the Iron Age, a rare Roman dodecahedron of which there are only around 100 known examples in the world, as well as objects from the Middle Ages and the Renaissance.