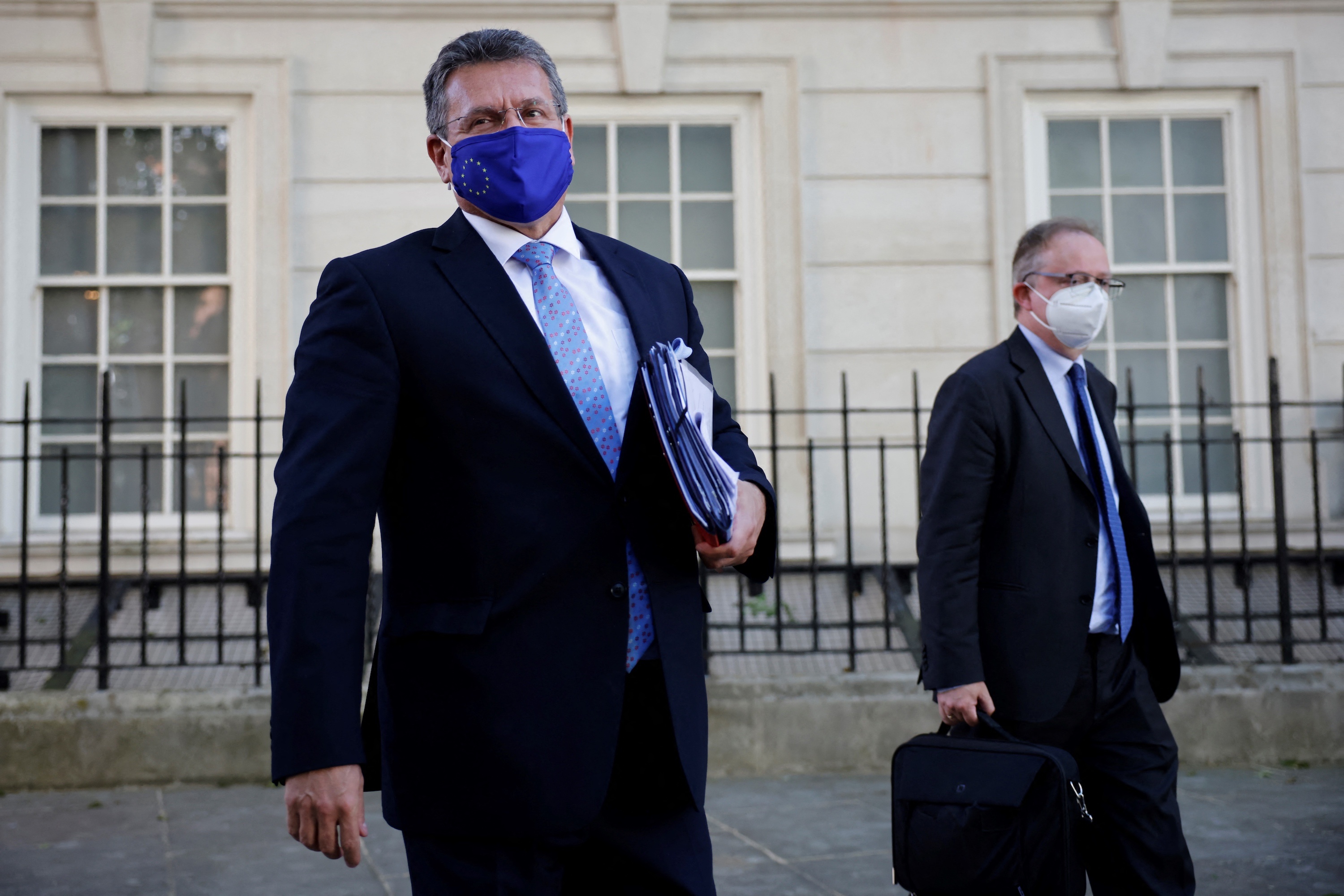 The UK and the European Union (EU) failed to agree on solutions to ease post-Brexit trade with Northern Ireland and exchanged threats in a stand-off that could cloud a weekend international summit.

Since the UK completed a tortuous exit from the EU late last year, its relations with Brussels have soured further, with each side accusing the other of bad faith over a part of their Brexit deal that covers the movement of goods to Northern Ireland – one of the constituent part of the United Kingdom, along with England, Scotland and Wales.

The row has been called the "sausage war" by British media because it affects the movement of chilled meats from Britain to the province.

On Wednesday, it stepped up a gear, with the UK saying it could again unilaterally extend a grace period, waiving checks on some goods and the EU saying it could advance its legal action, a step that could end in tariffs and quotas.

The G7 summit will be held in Cornwall, England this weekend and UK Prime Minister Boris Johnson want the meeting of the world's seven largest advanced economies to showcase what he calls "global Britain."

But he could receive a warning from U.S. President Joe Biden, who, according to The Times newspaper, will tell London to respect a deal with Brussels that was designed to protect a 23-year-old peace settlement in Northern Ireland.

Threats from both sides

"There weren't any breakthroughs. There aren't any breakdowns either and we are going to carry on talking," Frost told reporters.

"What we now need to do is very urgently find some solutions."

A senior UK source close to the talks said all options were on the table if there was no agreement, including London further extending a grace period that waives checks on some foodstuffs moving to Northern Ireland beyond June 30.

Sefcovic responded in kind, saying the EU was considering advancing its legal challenge over the UK's actions, which could result in a court case by the fall or the eventual imposition of tariffs and quotas. 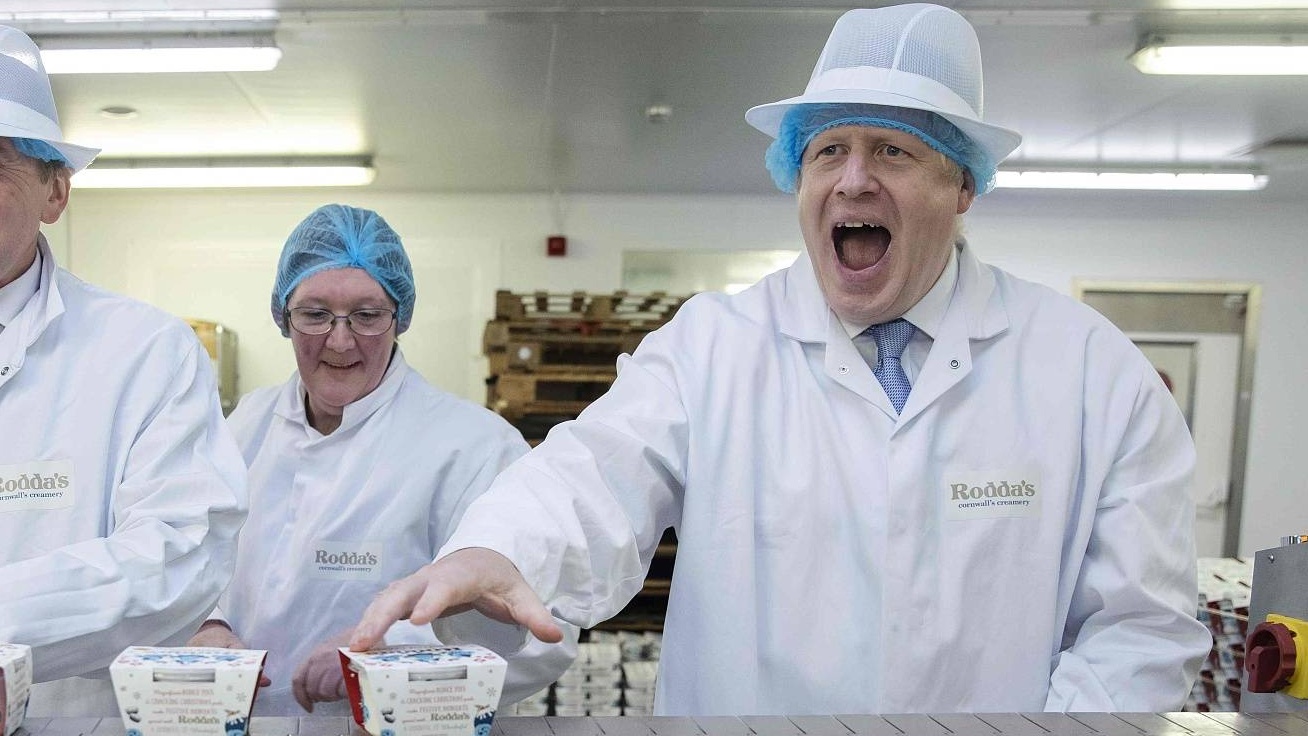 UK Prime Minister Boris Johnson poses in a food factory. Failure to agree a deal with the EU could lead to tariff on the country's foodstuffs. (Photo: CFP/People's Vision)

"The U.S. administration and the U.S. Congress are following this matter very closely," Sefcovic told a news conference.

"I'm sure that the G7, also the European leaders, would raise this issue because I think that what we should be focusing on right now should be the economic recovery ... and how to form and forge this new strategic partnership between the EU and the UK. Instead of that, we have these very difficult meetings."

Preserving the delicate peace in Northern Ireland without allowing the UK a back door into the EU's single market across the land border with Ireland (a member state of the European Union) was one of the trickiest issues of the Brexit divorce.

The result was the so-called Protocol, which essentially kept the province in the EU's customs union and adhering to many of the rules of its single market – both of which the rest of the UK has left.

While Brussels is upset that London is failing to honor the Protocol, London says it has no choice because some of the checks hamper supplies to Northern Ireland's supermarkets.

It has also pointed to rising tensions among Unionists in the province, who say the protocol undermines the 1998 peace agreement by loosening their ties to the rest of the UK.

Aodhan Connolly, director of the Northern Ireland Retail Consortium, called for rapid action to protect consumers in the province.

"We need immediate solutions to keep goods flowing now, and we need a breathing space so that the UK Government and the EU can, in the longer term, find a workable solution," he said.