The naturally occurring mucilage was first documented in Turkey in 2007, when it was also seen in parts of the Aegean Sea near Greece.

But this outbreak is the largest on record, blamed by experts on a combination of pollution and global warming, which speeds up the growth of algae responsible for the slimy sludge.

"Of course it affects our work," fisherman Mahsum Daga, 42, said as the viscous substances lapped rows of surrounding boats.

"You know what it does to shellfish? When they open up, it prevents them from closing up again because it gets in the way. All the sea snails here are dead." 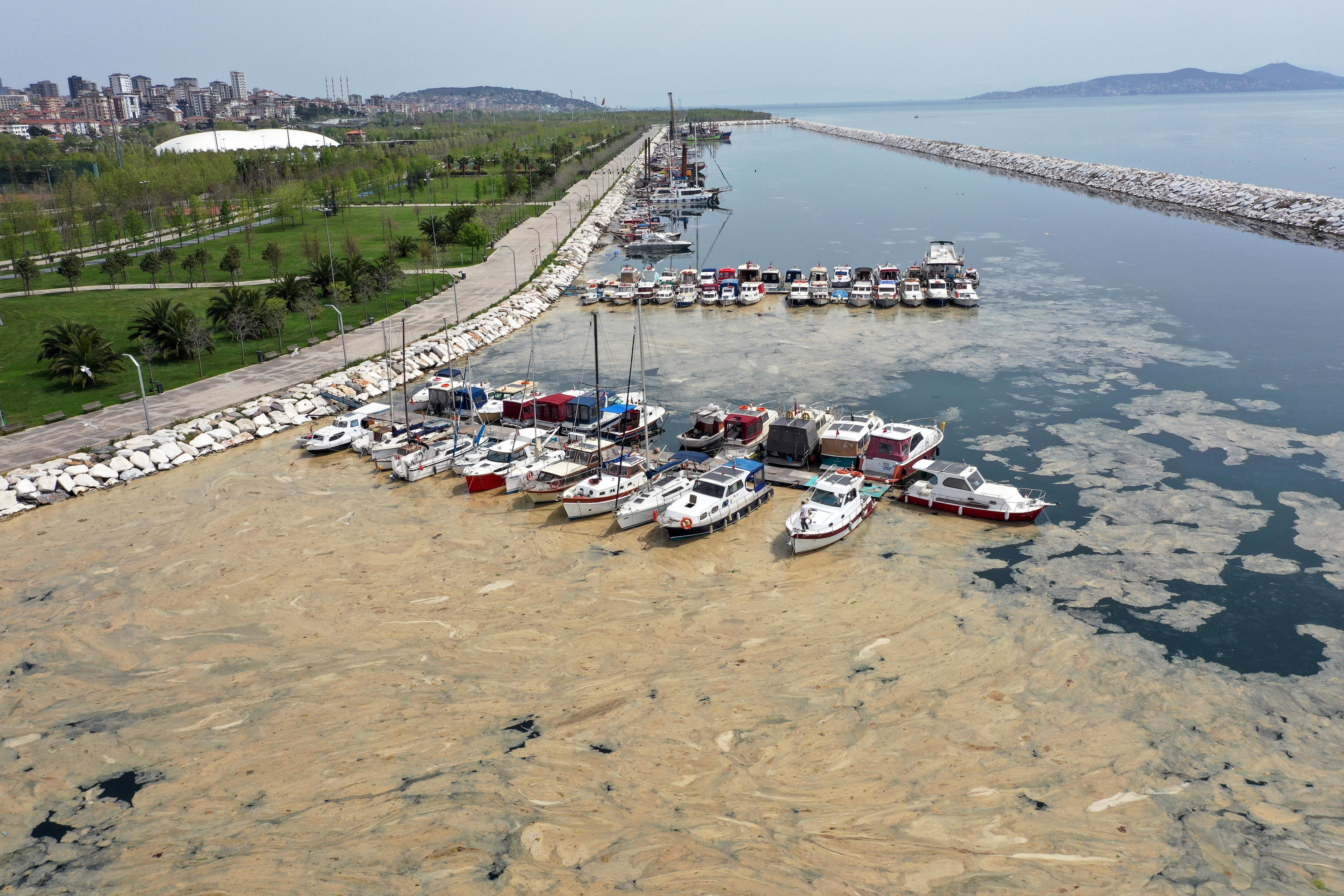 An aerial view of white layer formed on the sea, caused by the sea snots near Maltepe, Kadikoy and Adalar districts of Istanbul, Turkey, May 2, 2021. (Photos: Getty)

Istanbul University biology professor Muharrem Balci said when the algae grow out of control in springtime, as they have done this year, they block out the sun and cause oxygen depletion for fish and marine life.

The "sea snot" results from a sort of nutrient overload for the algae, which feast on warm weather and water pollution that has grown progressively worse in the past 40 years, Balci said.

"This mucilage is now covering the sea surface like a tent canvas," Balci told AFP.

"After a while, this cover collapses to the bottom and covers the (sea floors') ecosystem."

This could poison the sea's mussels and creatures such as crabs.

"It will smell like a rotten egg unless this process is halted," he said. 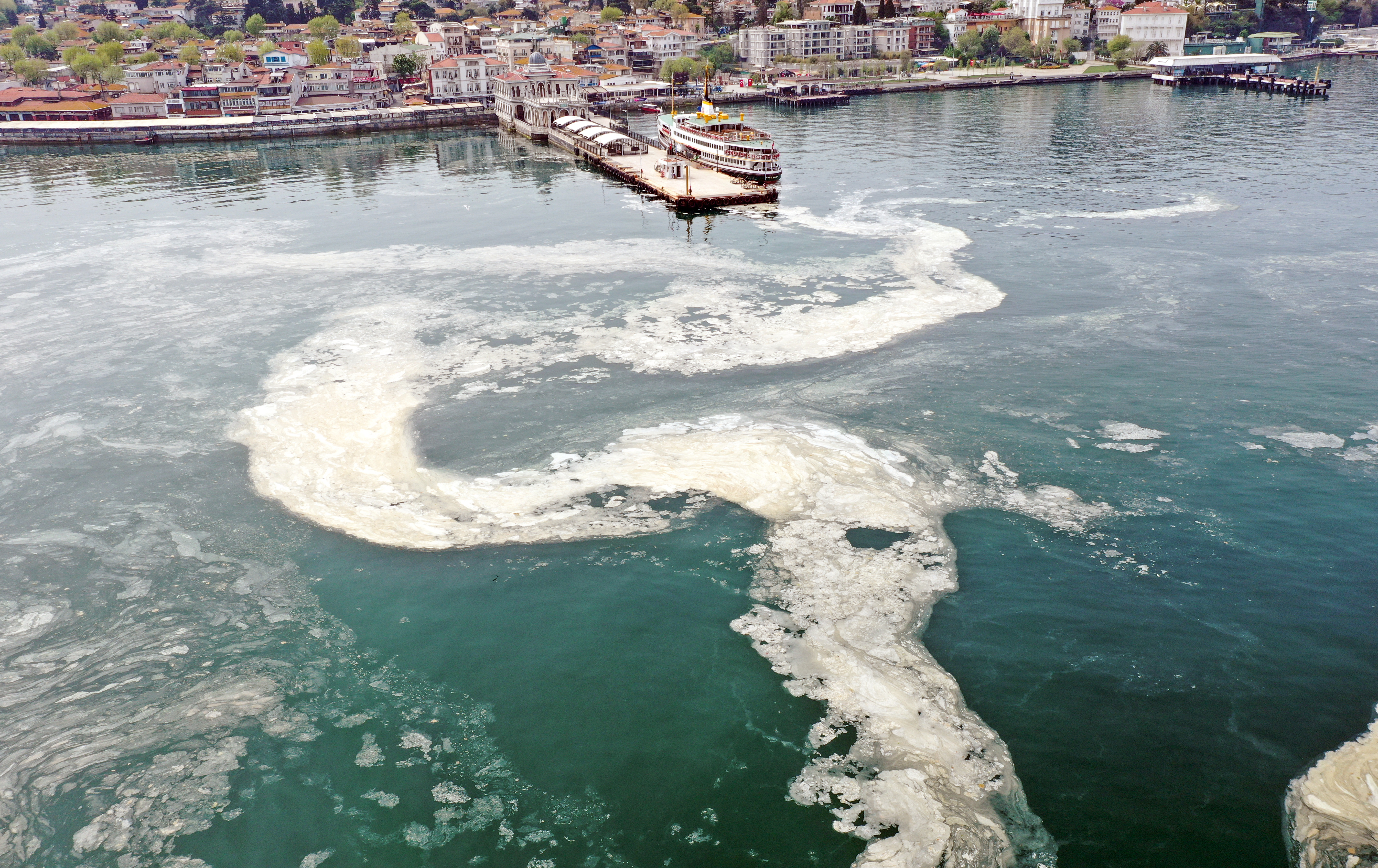 An aerial view of white layer formed on the sea, caused by the sea snots near Maltepe, Kadikoy and Adalar districts of Istanbul, Turkey, May 2, 2021.

Cevahir Efe Akcelik, an environmental engineer and secretary general of the Union of Chambers of Turkish Engineers and Architects, said the foam could cover the sea all summer unless urgent measures are taken.

"Studies show the mucilage is not only on the surface now but also goes 25 to 30 meters deep," he told AFP.

The Sea of Marmara, which stretches along Istanbul's southern coast from the Bosphorus to the Aegean Sea, is densely populated and home to numerous industrial sites. 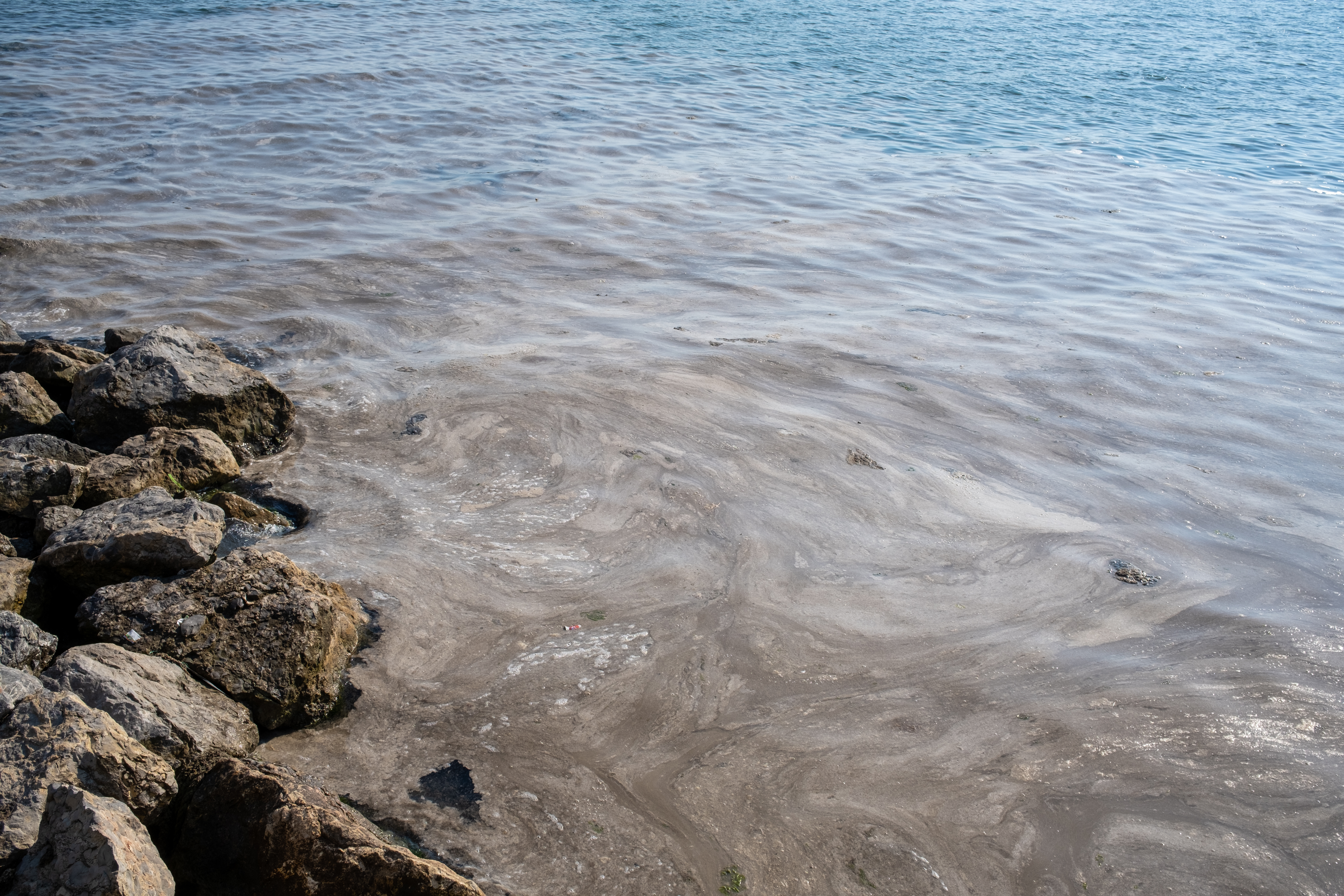 The surface of the Marmara Sea is covered with sea snot (or mucilage) seen in Istanbul, Turkey, June 1, 2021.

Balci said it also absorbs some of the waste that flows into the neighboring Black Sea from the polluted Danube River that cuts across eastern Europe.

"This is an extra burden for the Sea of Marmara," said Balci, calling for a collective action plan for all of the sea's coastal cities.

Workers are trying to remove the sludge with nets, but their efforts have so far proven largely ineffective.