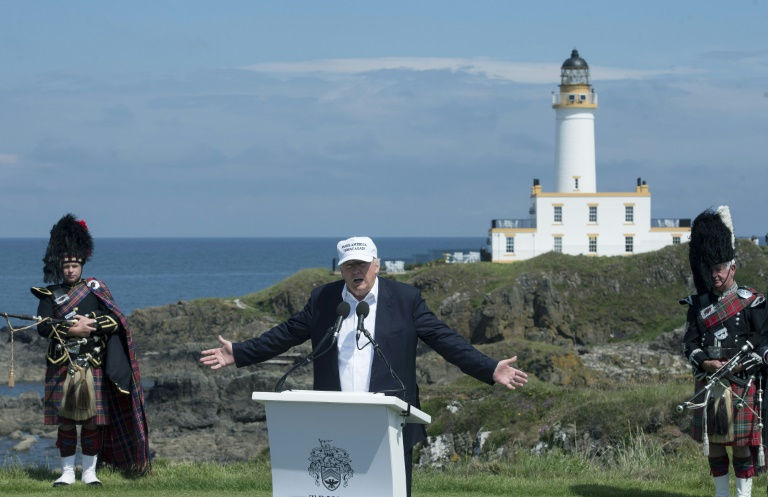 A petition to stop the Trump Organization building another golf course in Scotland has gathered over 30,000 signatures.

The company wants to create a second 18-hole course near Aberdeen, where now US President Donald Trump opened his first golf links in 2012 following a protracted battle with environmentalists, local residents and politicians.

Campaign organisation 38 Degrees gathered the signatures and also commissioned a Survation opinion poll which suggests 68 percent of people in Scotland do not want another Trump course.

Locals said he broke promises on creating jobs and rode roughshod over concerns about construction, likening the six-foot (1.8 metre) wall he built through their community to the barrier he is planning for the Mexican border.

But Sarah Malone, executive vice president of Trump International Golf Links Scotland, said the existing course "has brought significant economic benefits to the tourism industry and put Aberdeenshire on the world map", adding that the plan for a second course "continues to attract great support".

"The detractors who make these ignorant and false statements should be ashamed,” she said.

"At a time when the north east of Scotland is so focused on the diversification of its economy, the Trump investment and future plans have never been more critical."

Robert Gray, Aberdeenshire Council's head of planning and building standards, said the deadline for objections has passed so the petition will not be formally considered in the planning process.

But he added: "The planning service is however aware of the petition and if there is anything new within it which ought to be considered as part of the application, this will be done."

The Trump Organization also owns another golf course in Scotland, in Turnberry, around 50 miles (80km) south of Glasgow.