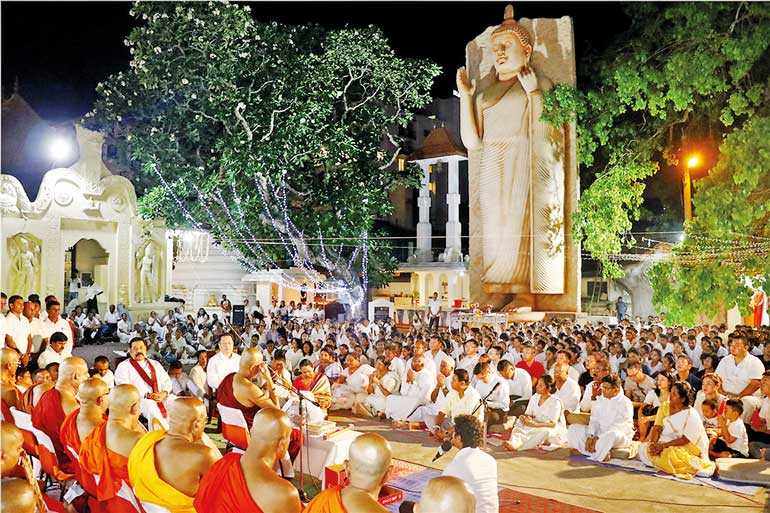 My heartstrings have been pulled every day during the past few weeks. When following closely my home-country’s all-out efforts to fight the COVID-19 epidemic, I’m always being touched by the most concrete solidarity and the most sincere friendship from Sri Lankan people towards China.

Although thousands of miles away, millions of Sri Lankan friends from all walks of life, ethnic groups and of all religious faiths, have been cheering and supporting China in your own way. I myself and all Chinese people who are altogether fighting the epidemic are deeply moved by such great gesture, which elaborates the old saying that 'A bosom friend afar brings distance near'.

The smiling faces always make me feel encouraged and loved. Almost every day since the epidemic outbreak, the Embassy received all kinds of support from this beautiful island. Many civil societies voluntarily gathered in front of the embassy, upholding our two national flags and posters to showcase their support for China in fighting against the epidemic. An old couple from up-country took a six-hour ride to Colombo, just to say “Come on China” to me. 43 young girls from Devi Balika Vidyalaya wrote a letter to the First Lady of China, together with their drawings supporting China. What are behind these drawings are the most sincere and friendly young hearts. They’re the future of China-Sri Lanka friendship.

It is extraordinary that all Sri Lankan people, regardless of their races or religions, join together to pray for the oriental country thousands of miles away battling the epidemic. Most Venerable Mahanayakes of the Malwathu and the Asgiriya have both voiced their support for China. Malcolm Cardinal Ranjith extended his firm support and conducted a Special Mass blessing China defeating the virus. Prayers were also offered in the Shri Ponnambalawaneswaram Kovil and the Dawatagaha Mosque. 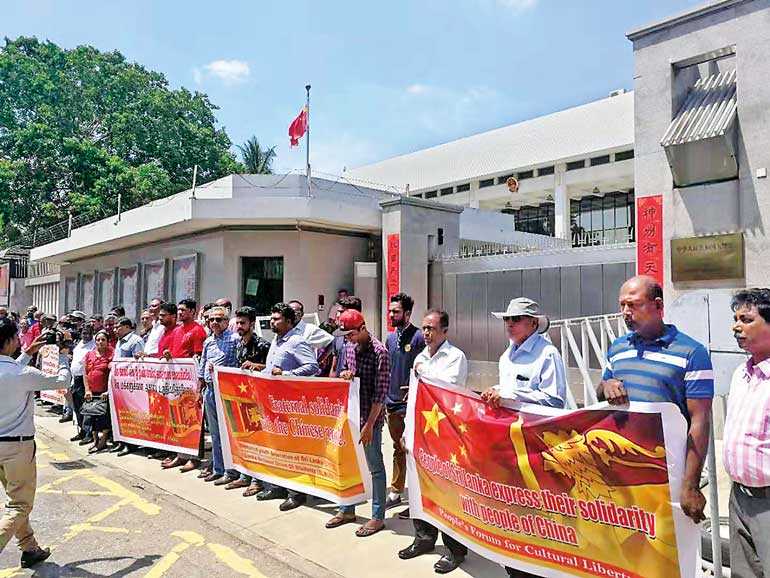 It brings us great encouragement that solidarity and support were extended by senior leaders from different political parties. President Gotabaya Rajapaksa gifted Ceylon Tea to China, which warms both body and soul of the patients and medics in Wuhan. Prime Minister Mahinda Rajapaksa led pirith chanting wholeheartedly for Chinese people fighting against the epidemic. Speaker Karu Jayasuriya donated from his personal pocket to China and sent his care and encouragement.

Former Prime Minister, UNP leader Ranil Wickremesinghe cared about the epidemic and possible collaboration several times. Opposition leader Sajith Premadasa showed his concern and support to China unequivocally to the embassy. Many other parties have also expressed their support in letters or through phone calls. I would like to particularly mention Minister of Health Pavithra Wanniarachchi, for whom I am especially thankful; she hosted several media briefings on what is really going on and showed her confidence in China’s capacity of preventing the epidemic.

Sri Lankan people often speak to me that they will never forget China’s help in fighting LTTE, the Indian Ocean Tsunami and reconstruction aftermath. China will never forget Sri Lanka’s support when we were fighting against COVID-19 arduously since the very beginning of Chinese lunar new year. In the anti-epidemic battle, we have seen who our true friends are while some others are running away, some even trying to kick China when she is down. We value such friendship and believe oceans can never separate China and Sri Lanka. I am convinced that Chinese people, under the firm leadership of President Xi Jinping, and with all-out and concerted efforts, will win this fight against the epidemic very soon.

“Fear not the want of armour, for mine is also yours to wear”. We will always remember our friendship and your smiling faces everywhere in this nation. My emotions are actually beyond words but “Stutiyi, my dearest Sri Lankan friends!”