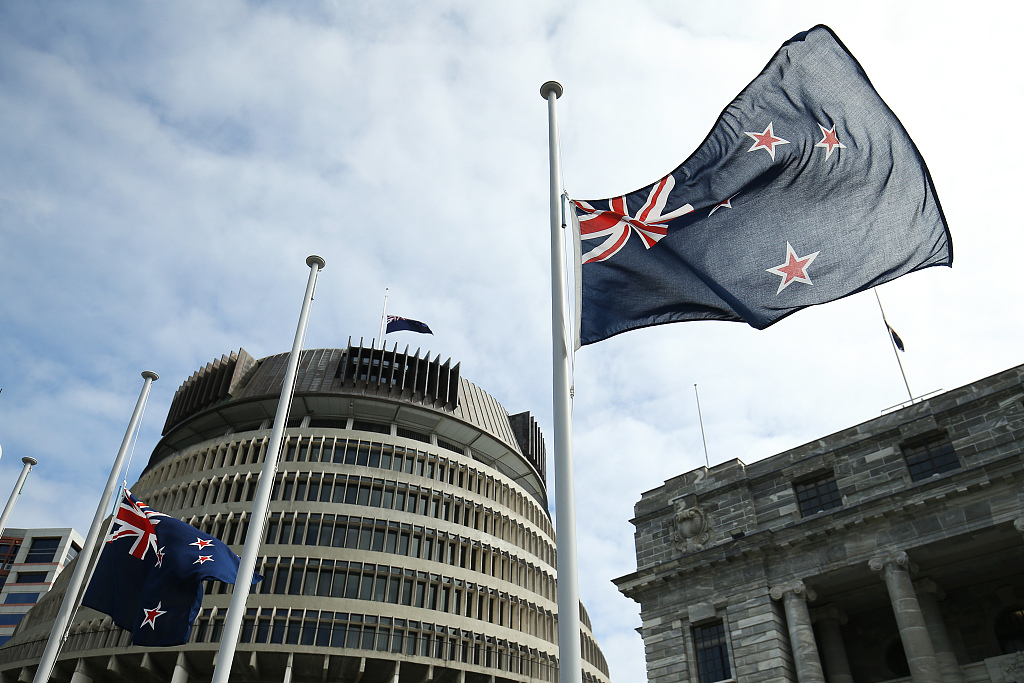 Flags fly at half mast outside Parliament on March 17, 2019 in Wellington, New Zealand. (Photos: VCG)

"Dunedin Airport is currently closed" a statement said. "Police are at the scene and specialist teams have been deployed to determine the nature of the package."

New Zealand is currently on a state of high alert after a gunman, who is believed to have lived in Dunedin, killed 50 people in two mosques filled with worshippers.

An Air New Zealand staff member on the scene, who was not authorised to speak to the press, told AFP the terminal building had not been evacuated.

Only a handful of flights were due to arrive at the airport in the southeastern city, as the scare came in the late evening.

According to tracker Flightaware, Air New Zealand flight 691 from Wellington had been circling over the city for almost an hour before being forced to return to its origin.

The New Zealand Transport Agency reported State Highway 86, the main road leading to the airport, had been closed.