'This is ridiculous': Defiant Wisconsin holds election during virus crisis 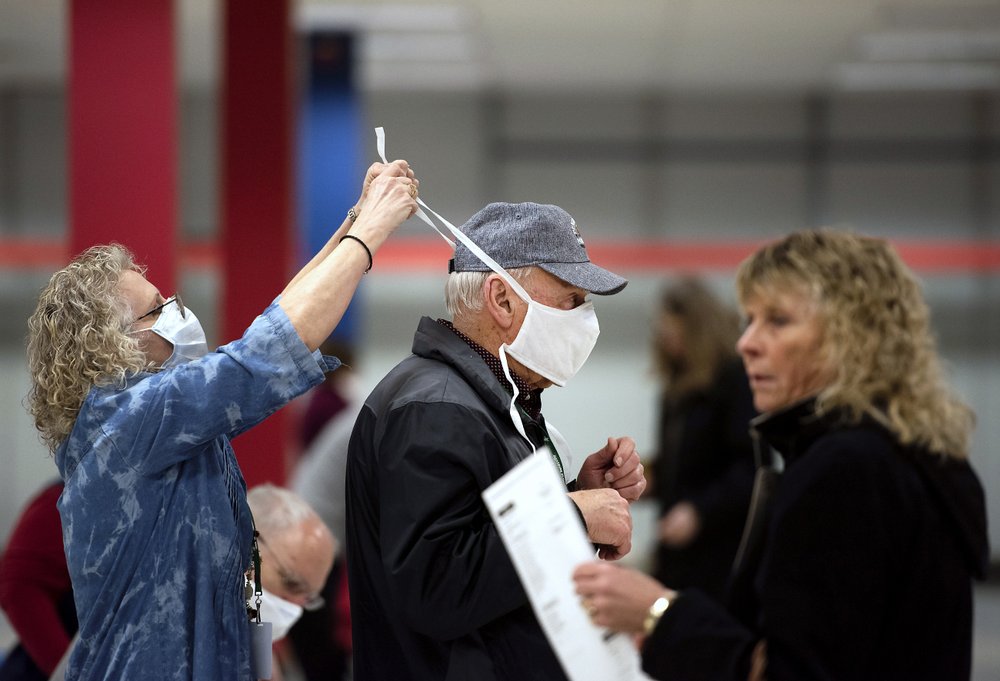 Poll worker Patty Piek-Groth, left, helps fellow poll worker Jerry Moore, center, put on a mask to prevent the spread of coronavirus, as the polls open for the presidential primary election at the Janesville Mall in Janesville, Wis., on Tuesday, April 7, 2020. (Photo: AP)

Wisconsin held its presidential primary as planned Tuesday, contradicting a state-wide stay-at-home order and defying concern that the election could expose thousands of masked voters and poll workers to the coronavirus.

Long lines, shuttered polling stations and workers in hazmat suits marked the most unsettling and confounding contest of the 2020 Democratic presidential nomination race: a vote at the height of a deadly pandemic.

The US Supreme Court also intervened, barring an extension of voting by mail that would have allowed more people to cast ballots without going to polling stations in person.

Both courts have conservative majorities.

With the Midwestern state ignoring calls to postpone the primary, as 15 other states have already done, many Wisconsinites were being forced into an agonizing decision: risk their health to fulfill their democratic right, or stay safe by staying at home.

In Milwaukee, voter options were drastically reduced due to a shortage of election staff.

The city of 600,000 normally has some 180 polling locations open, but that number reportedly has been reduced to just five, prompting long lines in an era of social distancing.

Wisconsin's chief election official Meagan Wolfe called on voters to be "careful and patient" at the polls.

"If you are ill and still need to vote on Election Day, curbside voting options are available," she said in a statement.

At a Milwaukee polling station, staff set up lanes where some people could vote from their cars.

With the new precautions in place and most polling locations closed, wait times in Milwaukee soared. The line at the Riverside University High School was hundreds of yards (meters) long, and well beyond one hour.

A woman in line in Milwaukee held up a cardboard sign bearing a message reading: "THIS IS RIDICULOUS." 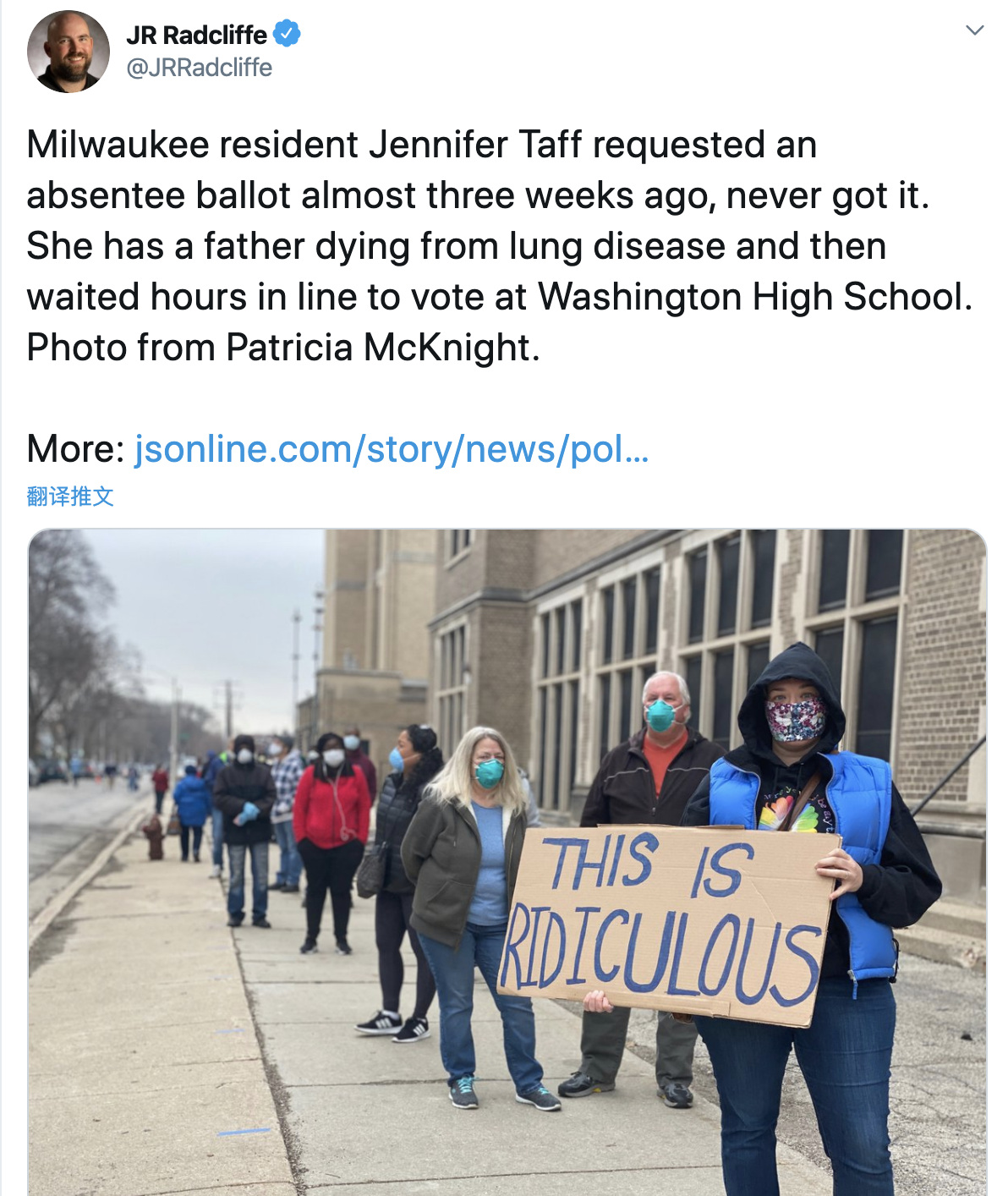 The vote has prompted scenes unimaginable just three months ago, including elections chief Mary Magdalen Moser clad in hazmat gear as she operated her polling station in Kenosha.

More than 2,500 people have tested positive for coronavirus in Wisconsin and 92 have died. The nationwide death toll has topped 12,700.

President Donald Trump urged voters to "be safe," as he encouraged them to support a Republican candidate for the state's Supreme Court.

But he also blamed the Democratic governor, Tony Evers, for fomenting the chaos, although it was Evers's efforts to postpone the vote and expand vote-by-mail options that were overturned.

The pandemic has raised concerns about in-person voting in November's general election.

"There are forgeries in many cases. It's a horrible thing," he told reporters at the White House, before admitting that he used an absentee ballot to vote in Florida's primary this year.

Sanders, 78, opposed holding the primary as scheduled, warning on Tuesday that proceeding with the vote amid the outbreak is "dangerous... and may very well prove deadly."

The 77-year-old Biden sees Wisconsin, where he tops Sanders in polling, as an opportunity to extend his lead for the nomination. He has refrained from publicly calling for the primary's postponement, saying it was up to local officials to decide.

Wisconsin forged ahead with its primary after the Democratic governor's bids to delay the election were thwarted by the Republican-led state legislature.

When Evers sought to postpone in-person voting to June 9, the state Supreme Court overrode the order.

Evers then moved to expand absentee voting by allowing mail-in ballots to be postmarked several days after the election.

But in an 11th-hour ruling, the US Supreme Court voted 5-4 along ideological lines to require all ballots be postmarked by Tuesday.

The decision sparked claims by Democrats of disenfranchisement because thousands of voters had yet to receive their mail-in ballots.