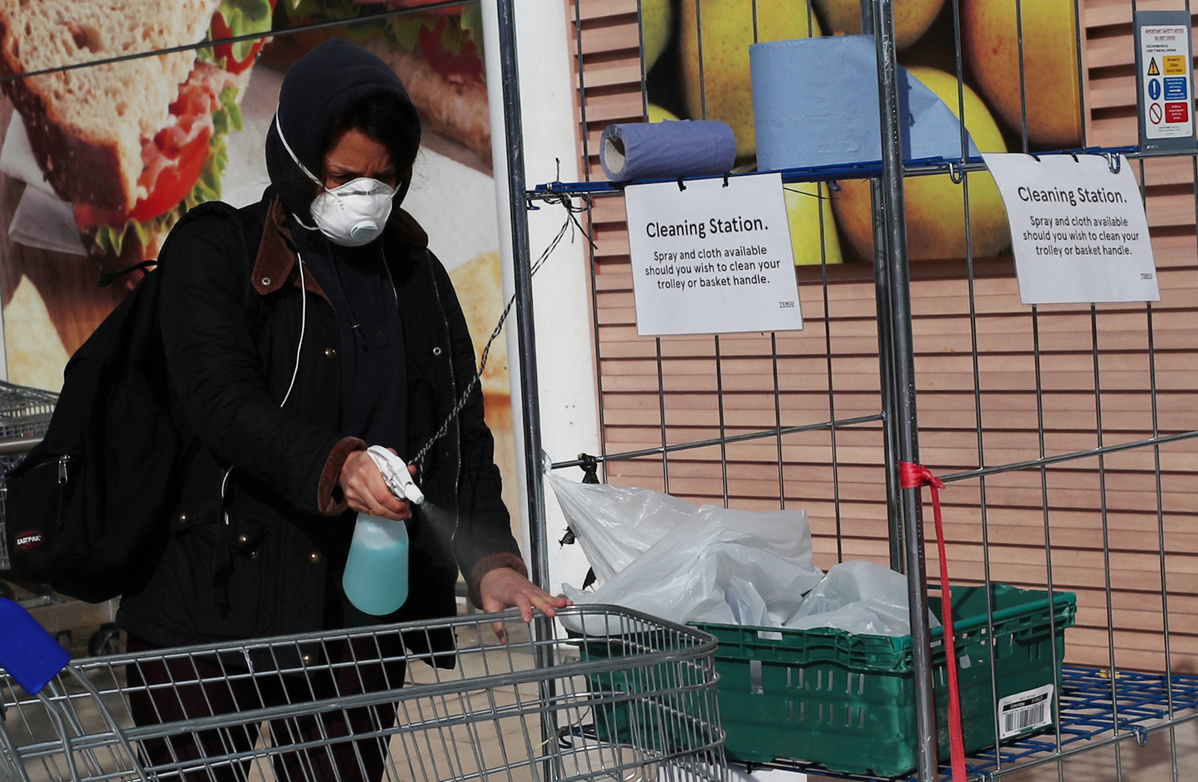 A woman wearing a protective mask cleans a shopping trolley outside a Tesco supermarket in Kensington, as the spread of the coronavirus disease (COVID-19) continues, London, Britain, April 16, 2020. (Photo: Agencies)

LONDON - The United Kingdom's novel coronavirus outbreak is starting to peak but it is too early to lift the lockdown because the virus would "run rampant" if the government eased social distancing measures, health minister Matt Hancock said on Thursday.

The United Kingdom has the fifth highest official death toll from COVID-19 in the world, after the United States, Italy, Spain and France, though the figure only covers hospital fatalities and the real number is probably much higher.

"If we just released all the measures now, then this virus would run rampant once again and we can't let that happen."

While Prime Minister Boris Johnson recuperates at a country residence from COVID-19 complications that nearly cost him his life, the British government is due to discuss a review of the lockdown later on Thursday.

Foreign Secretary Dominic Raab, who is deputising for Johnson, has already made clear there will be no immediate lifting of the social distancing measures announced on March 23.

Raab will chair a cabinet meeting at 1000 GMT at which the government's chief scientist will update ministers. Later in the afternoon Raab will chair an emergency response meeting to discuss the lockdown.

The United Kingdom's hospital death toll from COVID-19 rose by 761 to 12,868 as of 1600 on April 14, the health ministry said. Broader statistics that include deaths in care homes and in the community suggest the total toll is much larger.