WORLD 'Tough' to withdraw US troops from Afghanistan by May 1: Biden

'Tough' to withdraw US troops from Afghanistan by May 1: Biden 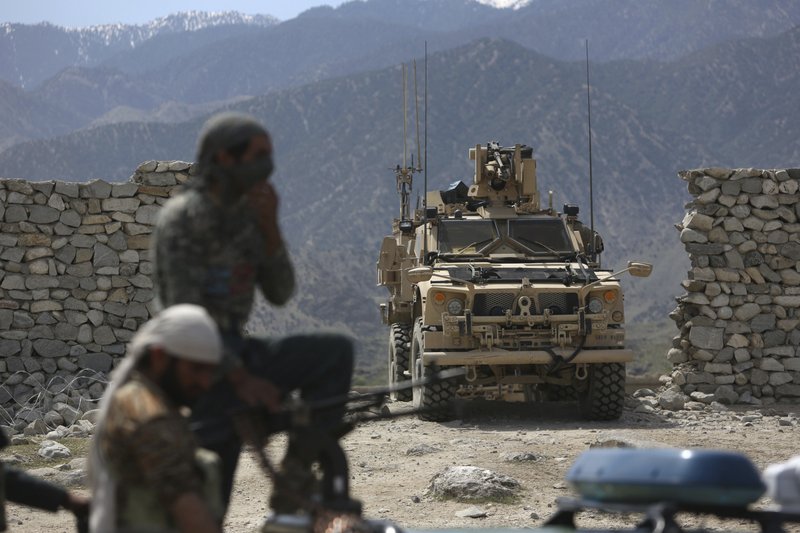 In this April 17, 2017, file photo, U.S. forces and Afghan security police are seen in Asad Khil near the site of a U.S. bombing in the Achin district of Jalalabad, east of Kabul, Afghanistan. (Photo: AP)

US President Joe Biden warned that a deadline to withdraw all American soldiers from Afghanistan by May 1 as part of a deal with the Taliban was possible but "tough."

"Could happen, but it is tough," Biden said when asked in a TV interview broadcast Wednesday.

"I'm in the process of making that decision now as to when they'll leave," he said while taking a direct swipe as his predecessor Donald Trump.

"The fact is that that was not a very solidly negotiated deal that the president, the former president worked out," he said.

"The failure to have an orderly transition from the Trump presidency to my presidency, which usually takes place from election day to the time he's sworn in, has cost me time and consequences.

"That's one of the issues we're talking about now, in terms of Afghanistan."

The United States is supposed to complete a withdrawal of all its troops by May 1 in an agreement that also saw the Taliban insurgents agree to peace talks with the administration of President Abdul Ghani.

But those talks -- held in Qatar since September -- have made little progress.

Washington wants to jump-start the peace process and get the Taliban and Afghan government to agree to some form of power-sharing.