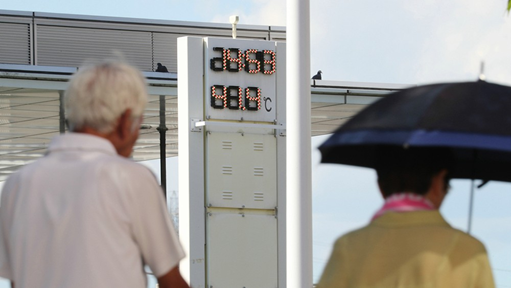 An "unprecedented" heatwave in Japan has killed at least 65 people in one week, said government officials Tuesday, with the weather agency now classifying the record-breaking weather as a "natural disaster."

In the week to Sunday at least 65 people died of heat stroke while 22,647 people were hospitalized, said the Fire and Disaster Management Agency in a statement.

Both figures are "the worst-ever for any week during summer" since the agency began recording fatalities resulting from heat stroke in July 2008, said an agency spokesman. 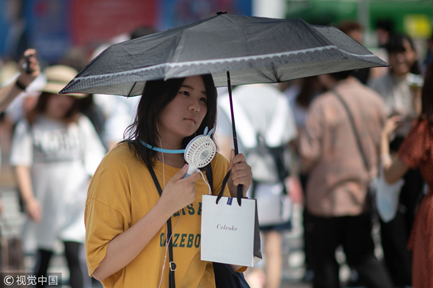 The Fire and Disaster Management Agency said Tuesday that a total of 80 people have died from the heat since the beginning of July, and over 35,000 have been hospitalized.

Among those killed was a six-year-old school boy who lost consciousness on his way back from a field trip.

"As a record heatwave continues to blanket the country, urgent measures are required to protect the lives of schoolchildren," said top government spokesman Yoshihide Suga.

The government said it would supply funds to ensure all schools are equipped with air conditioners by next summer. 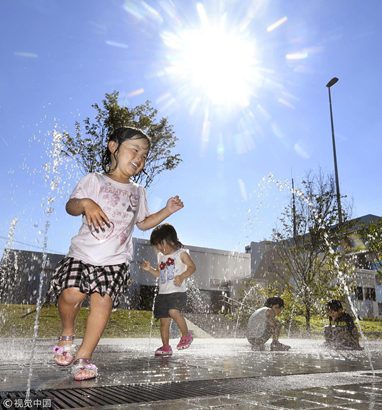 Less than half of Japan's public schools have air conditioning, and the figure is only slightly higher at public kindergartens.

Suga said the government would also consider extending this year's summer school holidays as the heatwave drags on.

On Monday, the city of Kumagaya in Saitama outside Tokyo set a new national heat record, with temperatures hitting 41.1 Celsius (106 degrees Fahrenheit).

And temperatures over 40 degrees were registered for the first time in Tokyo's metro area, where the government is promoting Uchimizu, a tradition where water is sprinkled onto the ground, as part of a summer heat awareness campaign. 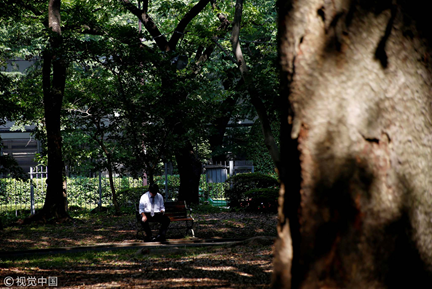 A man takes a rest under the shade of trees at a park near the construction site of the New National Stadium, the main stadium of the Tokyo 2020 Olympics and Paralympics, in Tokyo, July 24, 2018. (Photo: CGTN)

It was marginally cooler on Tuesday, but temperatures remained well above normal in most of the country, and little relief is forecast.

The heatwave "is fatal, and we recognize it as a natural disaster," he said.