WORLD 'Very possible' US shutdown could extend into 2019: budget director

'Very possible' US shutdown could extend into 2019: budget director 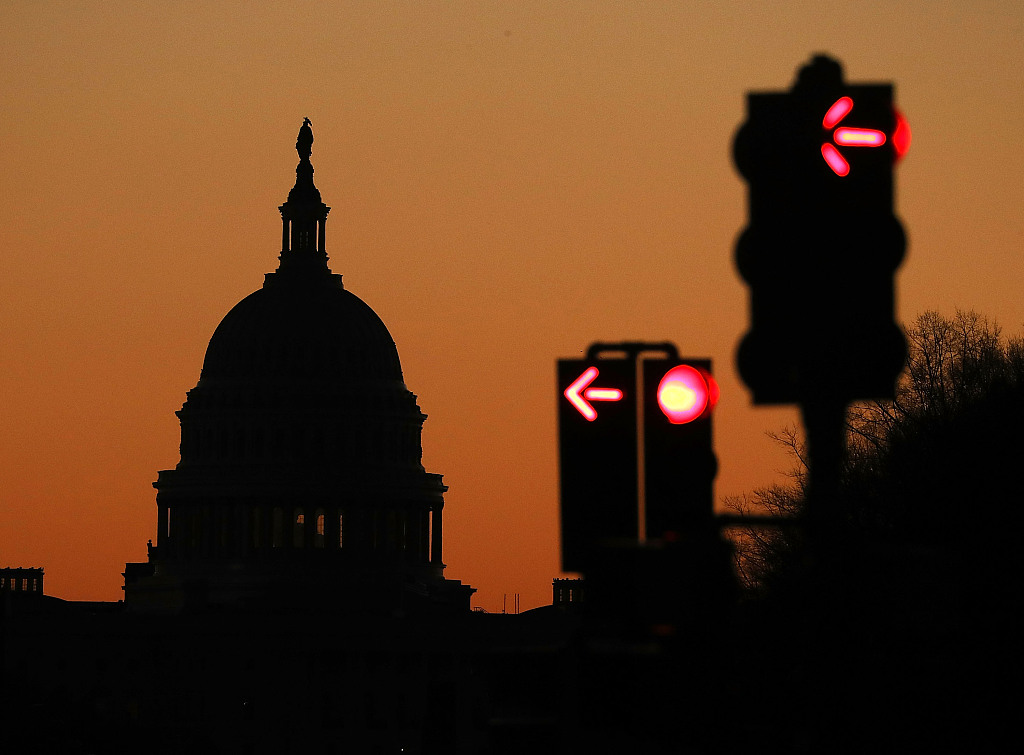 The sun begins to rise over Washington as the federal government is in a partial shutdown, on December 23, 2018 in Washington, DC. (Photo: VCG)

WASHINGTON, Dec. 23 (Xinhua) -- The White House Office of Management and Budget Director Mick Mulvaney said on Sunday that the ongoing partial government shutdown would likely extend into the new year.

"I don't think things are going to move very quickly here for the next couple days," Mulvaney said during an interview on Fox News Sunday. "It's very possible this shutdown will go beyond the 28th and into the new Congress."

Mulvaney, also the incoming Acting White House Chief of Staff, said the partial closure will likely continue because President Donald Trump "refuses to go along to get along" on his border wall and House Democratic Leader Nancy Pelosi intentionally stalling negotiation efforts.

The partial government shutdown, which began at midnight Friday, closed about a quarter of federal offices, affecting nine of 15 Cabinet-level US departments and dozens of agencies, including the departments of Homeland Security, Transportation, Interior, Agriculture, State and Justice.

The US House and Senate convened Saturday noon on Capitol Hill, but didn't break the deadlock over the funding of the president's demand for a 5-billion-US-dollar US-Mexico border wall, a centerpiece of Trump's 2016 campaign.

Shortly after the gathering, Senate Majority Leader Mitch McConnell announced that "no further votes will occur until the president and Senate Democrats have reached an agreement to resolve this."