WORLD 'We have a deal,' Greece says on decades-old Macedonian name dispute

'We have a deal,' Greece says on decades-old Macedonian name dispute 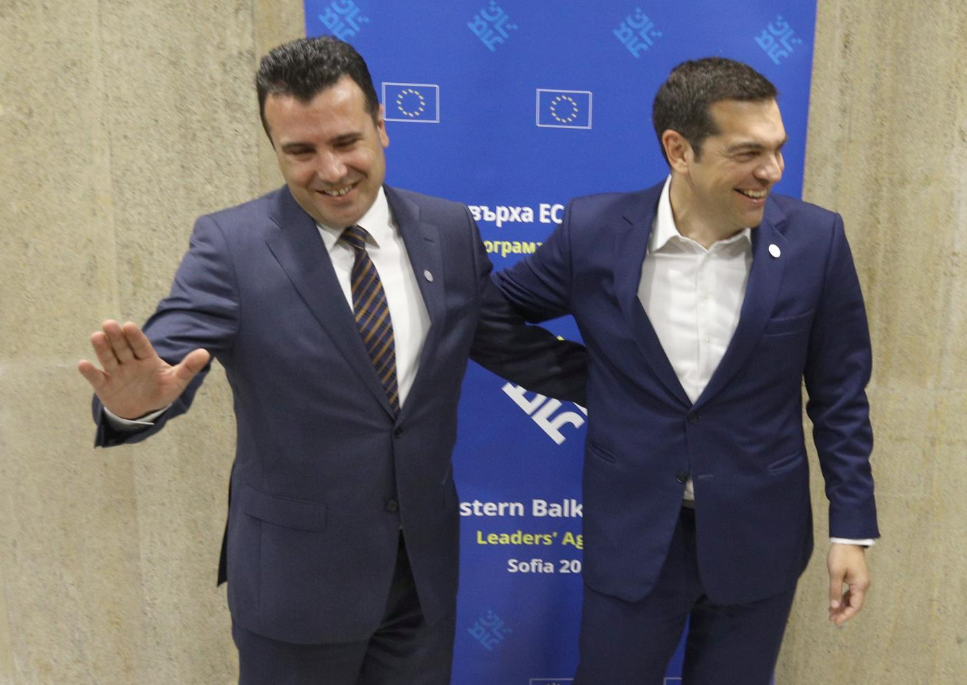 Greece and Macedonia have reached a historic accord to resolve a dispute over the former Yugoslav republic’s name that has troubled relations between the two countries for decades.

“We have a deal,” Greek Prime Minister Alexis Tsipras said. “I’m happy because we have a good deal which covers all the preconditions set by the Greek side,” he told Greek President Prokopis Pavlopoulos during a televised meeting.

The dispute over the “Macedonia” name had been a thorn in relations of the two countries at least since 1991, when Macedonia broke away from former Yugoslavia, declaring its independence under the name Republic of Macedonia.

Athens, which has a northern region also called Macedonia bordering on the ex-Yugoslav republic, objected to the name, demanding it be changed.

The row has stymied Macedonian attempts to join the European Union and the NATO military alliance in a region where the two organizations jostle for influence with Russia.

Tsipras and his Macedonian counterpart, Zoran Zaev, discussed the issue by phone on Tuesday. Both were expected to issue public statements later in the day.

Tsipras said the deal met the concerns of Greece that a revised name for Macedonia be a “compound” name with a geographical qualifier. One of the names under discussion was Northern Macedonia, diplomatic sources said.

Athens and Skopje had been racing to agree the outline of a settlement before an EU summit in late June, though any accord would need to clear a referendum in Macedonia and win approval from lawmakers in both countries. A NATO summit is scheduled for mid-July.

The agreement would be submitted for ratification to Greece’s parliament only if Macedonia met its side of the deal, Tsipras said.