WORLD 'We have taken back control' after securing UK-EU trade deal: UK PM

'We have taken back control' after securing UK-EU trade deal: UK PM

British Prime Minister Boris Johnson announced Thursday that Britain and the European Union (EU) have reached a deal on their post-Brexit trade relations, saying that "we have taken back control". 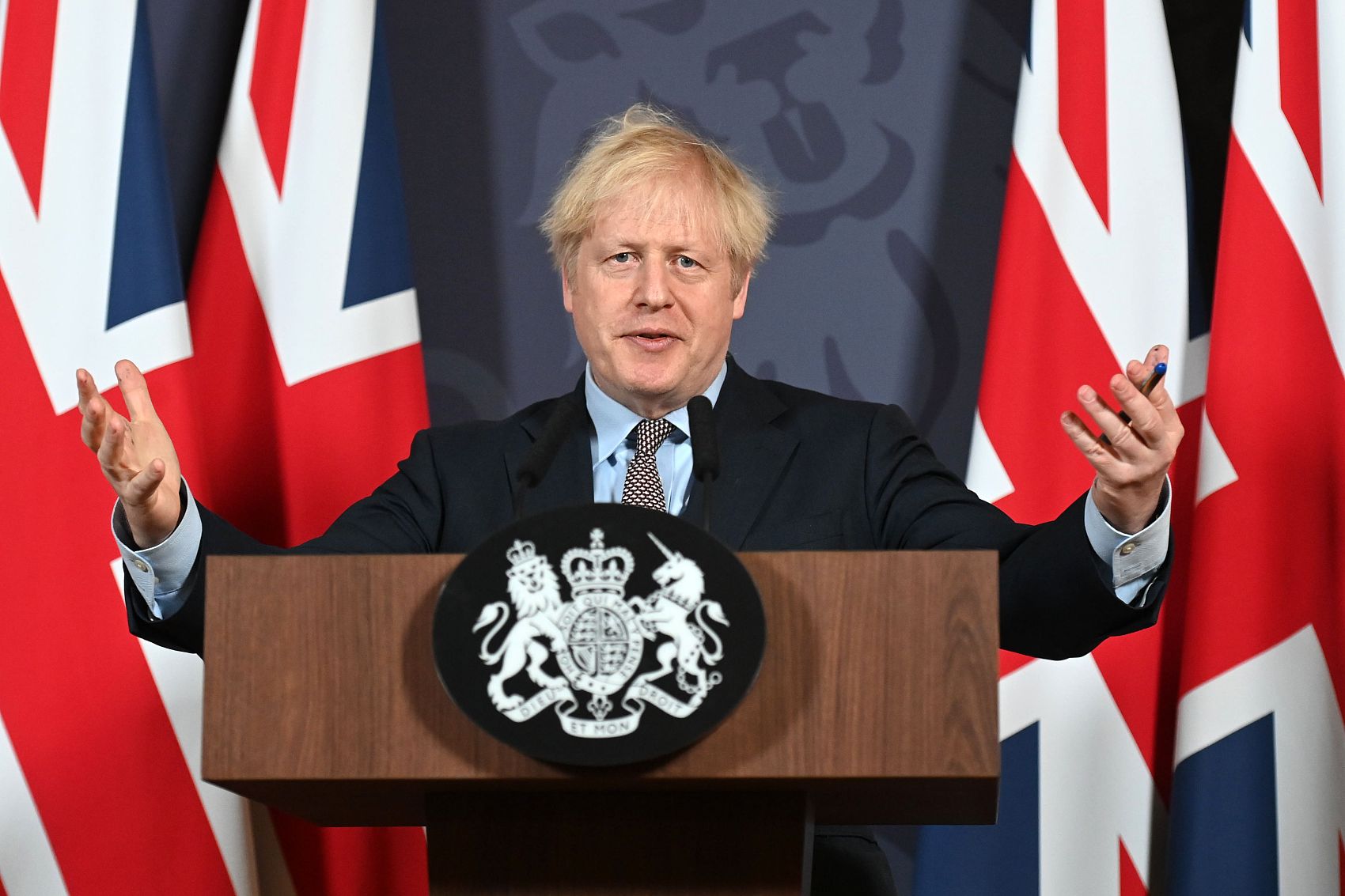 "We have taken back control of every jot and tittle of our regulation in a way that is complete and unfettered," Johnson said during a virtual press conference at Downing Street.

The deal is a comprehensive Canada-style deal, the prime minister said, adding that it will protect jobs across Britain.

Britain has insisted that it wants a Canada-style relationship with the EU based on a comprehensive free trade agreement, supplemented by separate international agreements.

He noted that the deal offers a "new stability and certainty" for Britain's relationship with the EU, which he said sometimes has been "fractious".

"There will be no palisade of tariffs on Jan. 1 (2021) or tariff barriers to trade," the prime minister said.

"The jurisdiction of the European Court of Justice will come to an end," he said.

As Britain will focus on battling the COVID-19 pandemic, the country has solved an issue that has "bedeviled" British politics for decades, Johnson said.

According to a statement released by Downing Street, the deal is the biggest bilateral trade deal signed by either side, covering trade worth 668 billion pounds (about 902.6 billion U.S. dollars) in 2019.

"The deal also guarantees that we are no longer in the lunar pull of the EU, we are not bound by EU rules...we will have full political and economic independence on 1st January 2021," said the statement.

Meanwhile, European Commission President Ursula von der Leyen told a press conference in Brussels that "We have finally found an agreement. It was a long and winding road, but we have got a good deal to show for it."

"It is time to leave Brexit behind. Our future is made in Europe," she said.

Describing the deal as "fair" and "balanced", she noted that competition rules "will be fair and remain so", as EU rules and standards "will be respected".

"Effective tools" have been agreed to "react if fair competition is distorted", she said, confirming that four and a half years of "full predictability for fishing communities" has been agreed upon.

Britain and the EU will "continue cooperating in all areas of mutual interest" such as climate change, energy, security and transport, said von der Leyen.

"Together we still achieve more than we do apart," she said.

The British parliament would still need to ratify the deal by the end of the year before it can be implemented on Jan. 1, 2021. The EU is likely to impose a "provisional application" of the agreement until MEPs vote on it in 2021.

Britain left the EU on Jan. 31, 2020. The two sides have been locked in talks since March to determine their future relations.