A painting by mysterious British artist Banksy shredded itself into pieces at the moment it sold for more than 1 million pounds at a London auction on Friday (October 5).

"Girl with Balloon", one of Banksy's best-known works, disappeared into a shredder hidden in its frame as the hammer fell at 1,042,000 pounds ($1.37 million), a sum that matched the artist's previous record sale, auction house Sotheby's said.

"It appears we just got Banksy-ed," Alex Branczik, senior director and head of contemporary art, said in a statement on Sotheby's website.Banksy himself posted an Instagram picture of shocked onlookers watching the painting disintegrate, with the caption: "Going, going, gone..."

A video posted on Instagram by Pierre and Cedric Koukjian from SINCE gallery in Geneva shows the aftermath of the shredding as two Sotheby's workers remove the painting from the wall, while onlookers applaud.

Sotheby's said this was "certainly" the first time a work of art started to shred itself after coming under the hammer.

The auction house was not immediately available for comment on the whereabouts of the painting's remains, or how its value might have changed in light of its self-destruction.

Banksy, whose real identity is unknown, is known for sharply ironic outdoor graffiti with political themes, including at Israel's barrier at the West Bank and Disneyland where he painted a life-size figure of a Guantanamo Bay detainee.

Once a small-time graffiti artist from the English city of Bristol, Banksy's work has become hugely valuable. 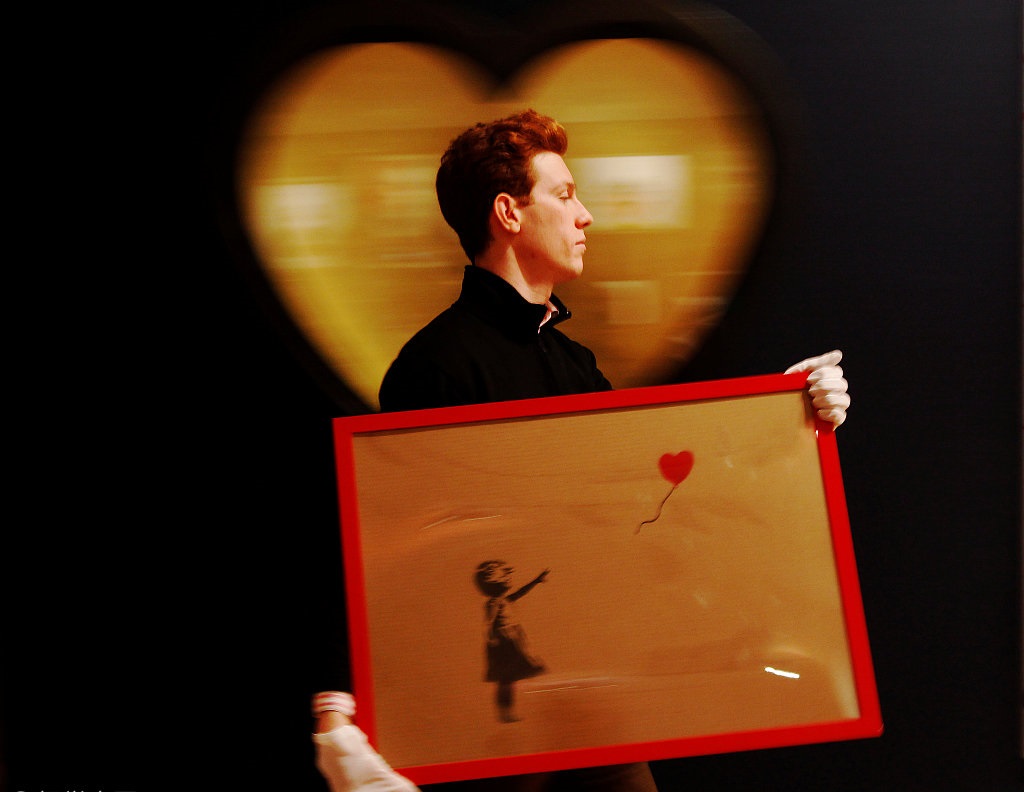