'We look forward to President Xi's visit to Africa again' 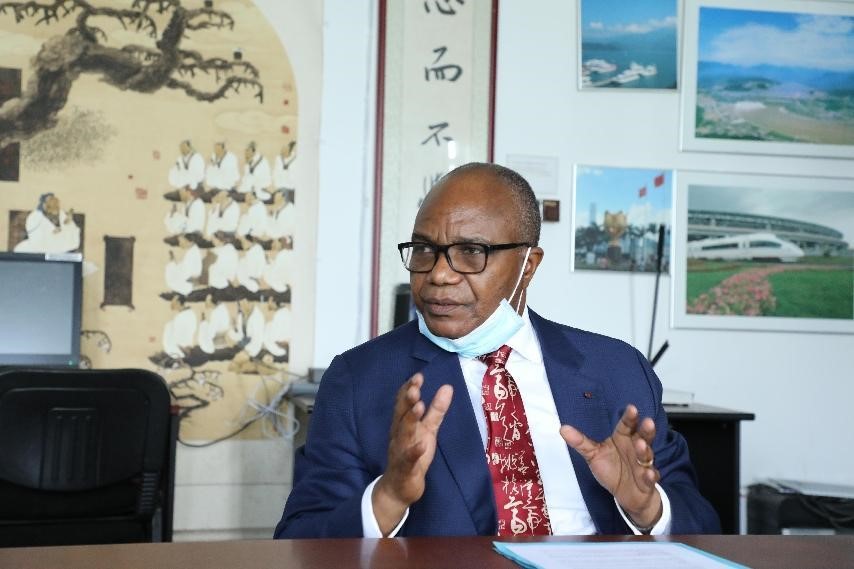 Armand Moyikoua, rector of the prestigious Marien Ngouabi University in Brazzaville, capital of the Republic of the Congo, receives an interview with People's Daily. (Photos: Shen Xiaoxiao/People's Daily)

"It was right in here that President Xi shook my hand and exchanged greetings with me, which was a great honor for me and the entire university," Armand Moyikoua, rector of the prestigious Marien Ngouabi University in Brazzaville, capital of the Republic of the Congo, told People's Daily in an interview in the university.

His meeting with Chinese President Xi Jinping nine years ago is so unforgettable that Moyikoua still gets excited when recalling the details of the meeting.

In an effort to show his deep affection for China, the 71-year-old professor specially wore a red tie with golden Chinese characters in cursive script for the interview. 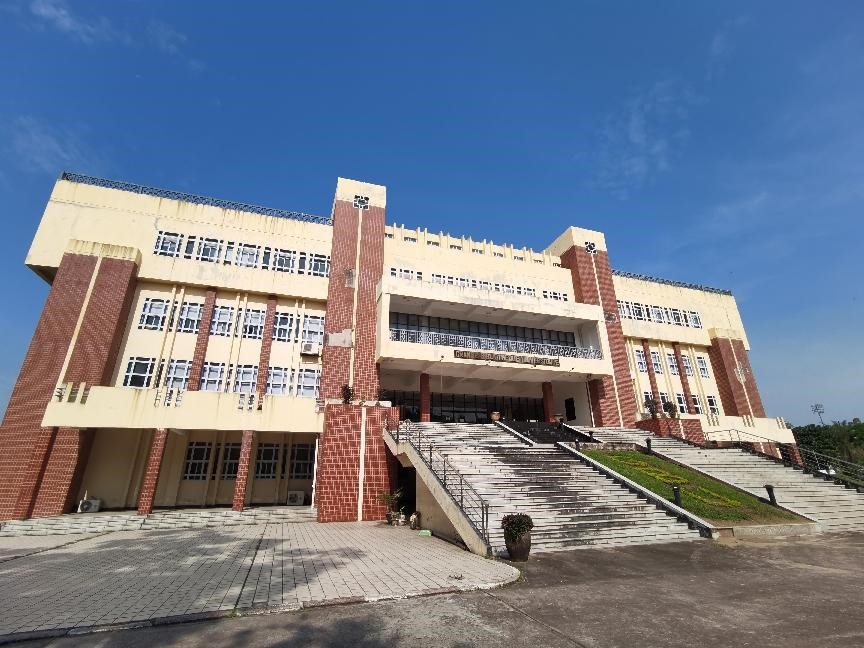 The exterior of the China-assisted library of the Marien Ngouabi University in Brazzaville, capital of the Republic of the Congo

"Crowds of students were waiting outside the library to get a glimpse of the Chinese leader," Moyikoua recalled, adding that the ceremony, which involved various activities, lasted about half an hour.

After the ribbon cutting and nameplate unveiling at the ceremony, Xi and his wife Peng Liyuan, together with their counterparts in the Republic of the Congo, went to the Chinese section of the library on the second floor and had cordial talks with the teachers and students who were teaching or learning Mandarin.

Moyikoua remembers that the Chinese section of the library was filled with an atmosphere of joy and Chinese culture, with red lanterns and Peking Opera masks hanging in the hall, books and CDs about China placed on the table, and Chinese cultural programs aired on TV.

During the visit, a local Mandarin teacher at the university introduced the Chinese section of the library to President Xi. She learned Mandarin in Hangzhou city, east China’s Zhejiang province, between 2001 and 2005, and quoted the Chinese saying, “Up in heaven, there is paradise; down on earth, there are Suzhou and Hangzhou” to express her strong attachment to Hangzhou.

Hearing her praise for Hangzhou, Xi smiled and mentioned that he once worked in the beautiful city. He encouraged the students to learn Mandarin well so as to continue to deepen the China-Congo friendship and China-Africa friendship.

"President Xi was kind and easy-going, and his friendliness has been indelibly imprinted on our minds. Nearly 10 years have passed since that meeting with Xi, but I still feel like it was just yesterday," Moyikoua said.

In the speech, Xi quoted a line by an African poet, "Go forth, Africa, let us hear the triumphant rhythm of your song!" bringing the Chinese and African people closer and striking a chord with the audience.

"After Xi said the line sonorously, I got so excited that I rose to applaud him, just like the rest of the audience," he said.

Friendship, which derives from close contact between the people, holds the key to sound state-to-state relations.

In 2013, President Xi chose African countries, including the Republic of the Congo, as the destinations for his first official overseas visit after assuming the office of president, which demonstrated the emphasis China lays on its friendship with Africa and its confidence about the Africa's development, and consolidated the bonds between China and the Republic of the Congo.

After Yushu Tibetan autonomous prefecture, Northwest China's Qinghai Province, was struck by a terrible earthquake in April 2010, the government of the Republic of the Congo donated money to build a primary school in the prefecture, which was named Sino-Congolese friendship primary school by Sassou. Thanks to the assistance, children in the disaster-stricken area now study in the spacious new school buildings and run freely and laugh joyfully on the sports ground.

The fruits and symbols of Congo-China friendship can be seen everywhere in the Republic of the Congo, according to Moyikoua. 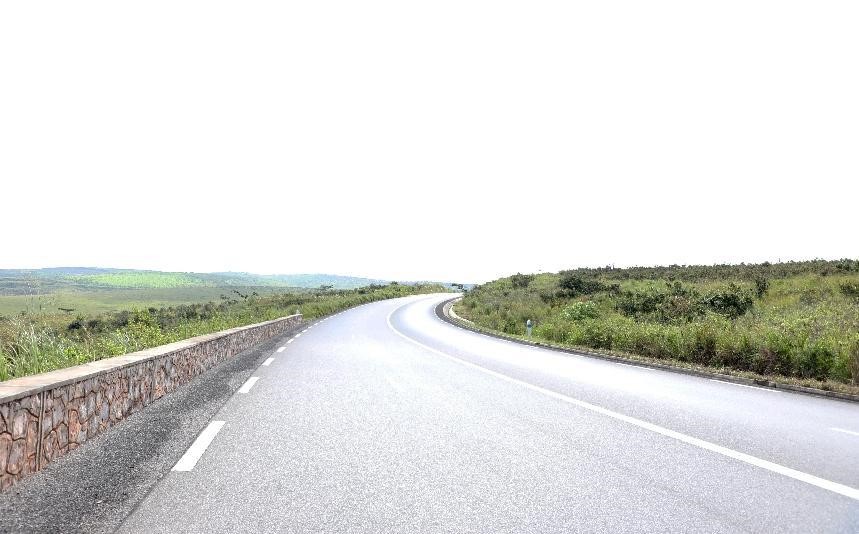 A part of the No 1 National Highway in the suburbs of Brazzaville, capital of the Republic of the Congo The highway was built by the China State Construction Engineering Corporation.

Since the establishment of diplomatic relations in 1964, China and the Republic of the Congo have witnessed fruitful results of cooperation in various fields. The projects in the Republic of the Congo completed through the cooperation between the two countries include the No. 1 National Highway hailed as "road of dream" by locals, the well-equipped China-Congo Friendship Hospital, the grand and magnificent new parliament building, the "bridge of August 15, 1960" and the Kintele Stadium that can accommodate 60,000 spectators. 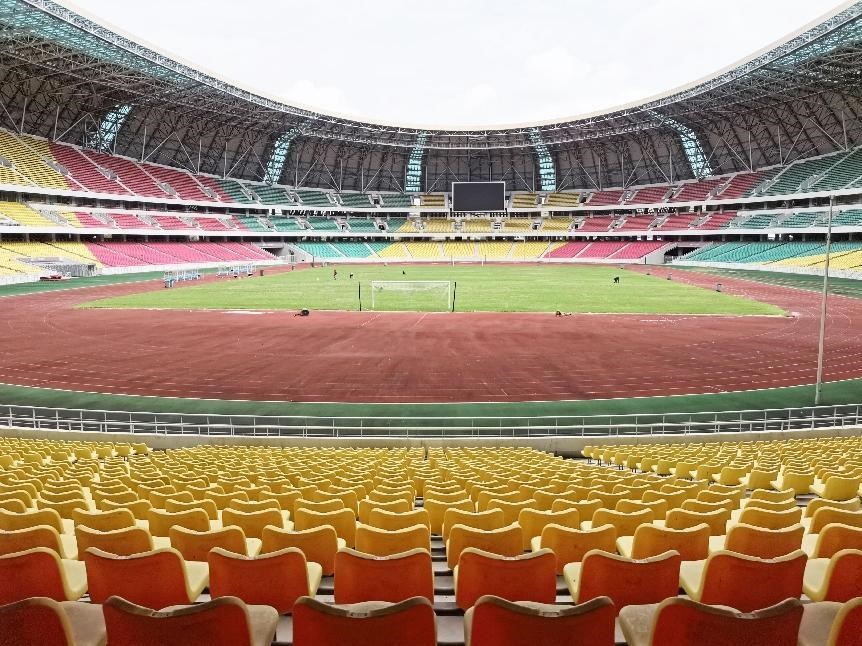 China-aided Kintele Stadium in Brazzaville, capital of the Republic of the Congo

China has kept its solemn promise to support and help African countries. It has always followed the principle of sincerity, real results, amity and good faith and the principle of pursuing the greater good and shared interests in cooperating with Africa, and is always Africa's good friend, good partner and good brother.

Xi made four proposals on building a China-Africa community with a shared future in the new era and announced that China would work closely with African countries to implement nine programs, under which it would provide another one billion doses of COVID-19 vaccines for Africa while addressing the opening ceremony of the Eighth Ministerial Conference of the Forum on China-Africa Cooperation in November 2021. On January 20, a new batch of COVID-19 vaccines provided by the Chinese government for the Republic of the Congo arrived in Brazzaville.

"Since the beginning of the COVID-19 pandemic, China and the Republic of the Congo have stood with each other and worked in solidarity to overcome difficulties. China was the first country to provide anti-epidemic supplies and COVID-19 vaccines for the Republic of the Congo. All these facts fully demonstrate the unbreakable and profound friendship between our two countries and reflect President Xi's global vision as the leader of a major country," Moyikoua pointed out.

Noting that China and Africa share the same aspirations as well as weal and woe in development, Moyikoua said he hopes China will play a greater role in the course of peace and development of Africa.

"The friendly ties between Africa and China are increasingly tightened. We look forward to President Xi's visit to Africa again, and to the Republic of the Congo," he said.