WORLD 'Where are our children?' demand mothers of Mexico's missing

'Where are our children?' demand mothers of Mexico's missing 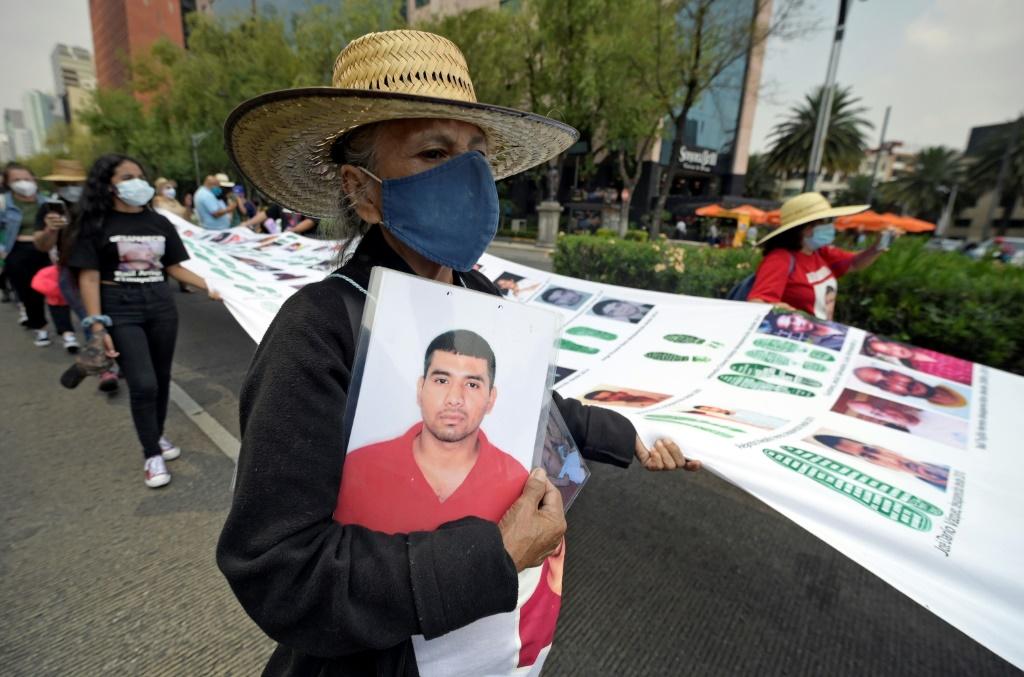 Mothers of people missing in Mexico march in the capital demanding answers about their children's fate. (Photo: AFP)

Thousands of mothers of people missing in Mexico protested Monday to demand the authorities find their children, victims of the violence and impunity that plagues the country.

"There's nothing to celebrate. Where are our children?" said Yolanda Moran, who attended the Mother's Day march in Mexico City in her wheelchair.

"We mothers have come to remind the authorities that they need to look for them," the 77-year-old said. She carried a large photograph of her son, Dan Jeremeel Fernandez, who disappeared on December 19, 2008 in the northern city of Torreon at the age of 35.

Dressed in white and with a rose of the same color in her hand, she said the mothers of Mexico's missing were exhausted by their ordeal.

"We do not live. We survive. Every year we are older, more tired, sicker," she said. "Narco, military, prosecutor, the same filth!" read a banner carried by an elderly woman dressed in black.

More than 80,000 people have gone missing in Mexico since the government deployed the military in the war on powerful drug cartels in 2006, according to official figures.

Around 300,000 more have been murdered over the same period, according to the authorities, who say most of the killings are linked to gang violence. The dead include three siblings aged 24, 29 and 32 whose bodies were found in a suburb of the western city of Guadalajara, prosecutors said on Monday.

They had been missing since Friday night when they were taken from their home by suspected drug cartel members for reasons that are unclear, according to the authorities.

In the northeastern state of Tamaulipas, "we have at least 100 people go missing every day, but not all are reported out of fear," said Miriam Cabrera, the mother of Romel Cabrera, who vanished on June 28, 2015.

According to official figures, there are at least 38,500 unidentified bodies with the forensic services.