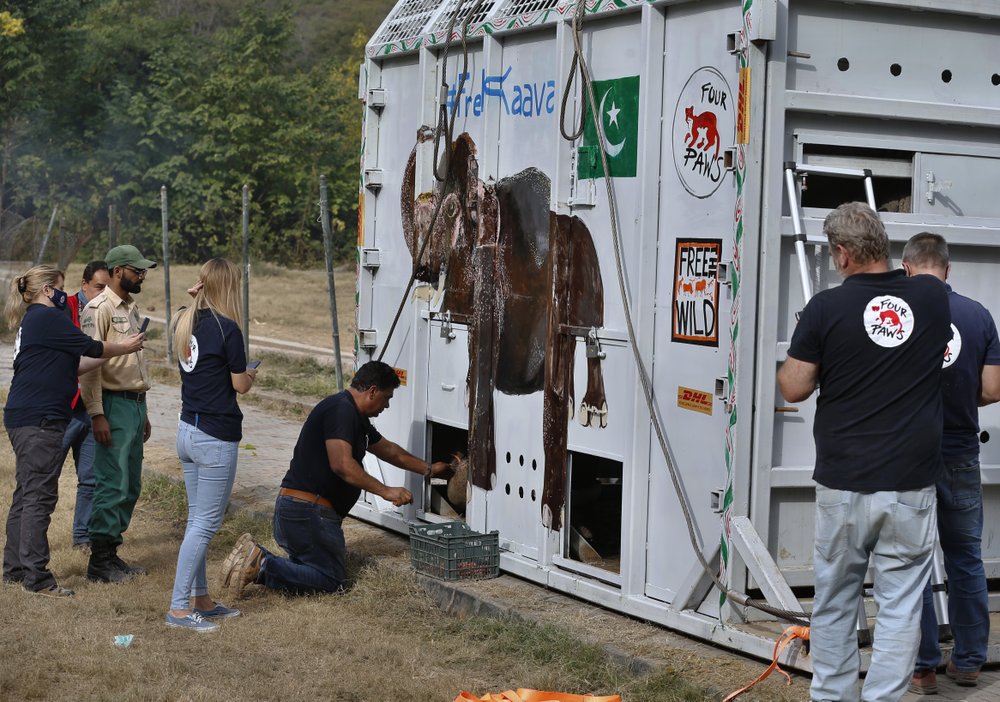 Dr. Amir Khalil, center, a veterinarian from Four Paws an international animal welfare organization, feeds an elephant named Kaavan loaded in a crate before he is transported to a sanctuary in Cambodia, at the Marghazar Zoo in Islamabad, Pakistan, Sunday, Nov. 29, 2020. (Photo: AP)

"Cambodia is pleased to welcome Kaavan," he told reporters. "He will no longer be the world's loneliest elephant."

Pheaktra, who greeted the elephant's arrival at the airport, said once Kaavan feels at home in a controlled setting, he will be released into the sanctuary.

"Kaavan will spend the rest of his life in the natural habitat under the care of the Ministry of Environment and the Cambodia Wildlife Sanctuary (CWS)," the spokesman said. 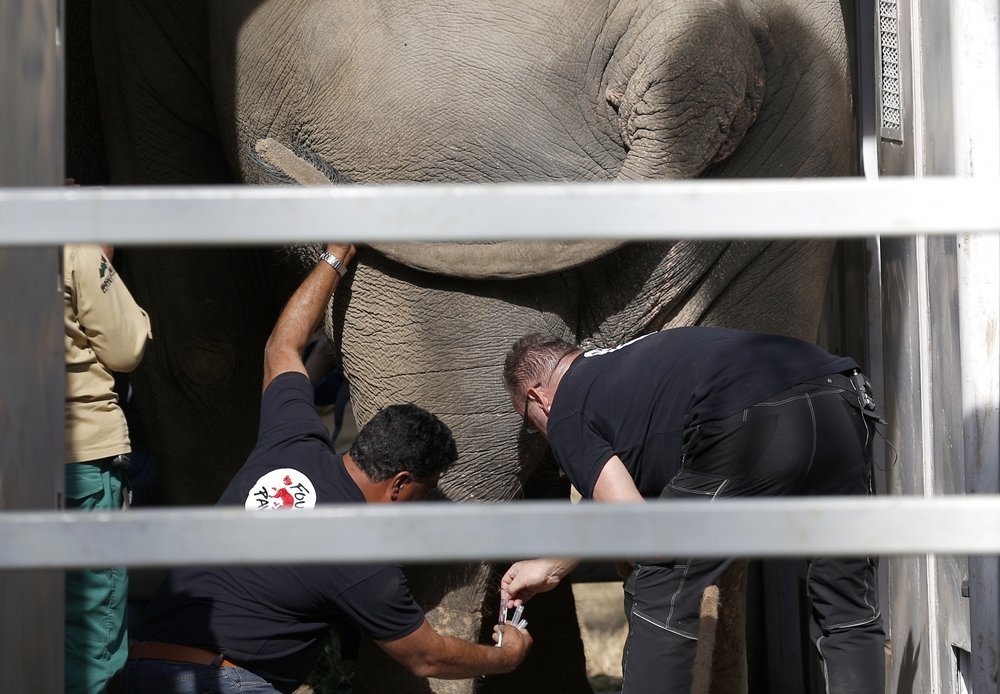 Veterinarians from the international animal welfare organization Four Paws inject medicine to an elephant named Kaavan before transporting him to a sanctuary in Cambodia, at the Marghazar Zoo in Islamabad, Pakistan, Sunday, Nov. 29, 2020. (Photo: AP)

Pakistan allowed Kaavan to be relocated to Cambodia after it has been kept in an Islamabad zoo for nearly 35 years.

In May, the Islamabad High Court ruled that Kaavan should be sent to a Cambodian wildlife sanctuary to enjoy his rest life.

Asian elephants are listed as endangered on the International Union for Conservation of Nature (IUCN) Red List.

According to Pheaktra, the number of Asian elephants in Cambodia is estimated at between 400 and 600 heads, mostly in the Cardamom Mountains and in the Northern provinces of Mondulkiri and Rattanakiri.