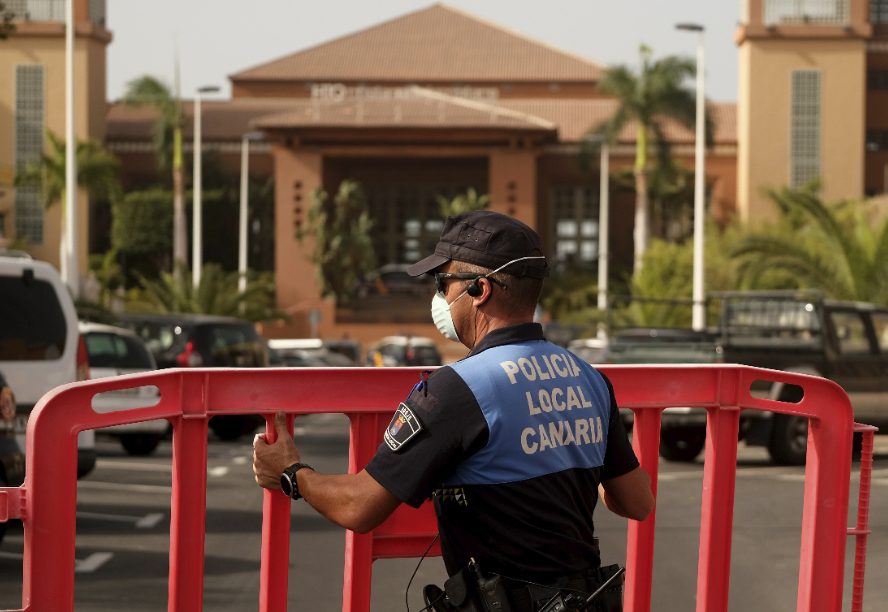 A hotel in Tenerife, Spain, was placed in quarantine on Tuesday, after an Italian doctor staying there tested positive for the new coronavirus, COVID-19.
AP reported the press office for the town of Adeje on the island said the H10 Adeje Palace hotel was in lockdown.
Spanish news media reported that 1,000 tourists staying at the complex are not allowed to leave.

Tenerife is part of the Canary Islands archipelago, located 100 kilometers west of the African coast. It is a popular year-round vacation destination that attracts many northern European visitors.

The Italian doctor who tested positive for COVID-19 has been quarantined in a local clinic while samples are analyzed in a hospital near Madrid to confirm the initial diagnosis, announced Ángel Víctor Torres, president of the Canary Islands, late on Monday in a series of tweets.
Spanish private news agency Europa Press, citing the regional government's health department, said the doctor had arrived from one of the areas in northern Italy where COVID-19 has infected hundreds.
The patient voluntarily went to a clinic in Tenerife on Monday when he began feeling unwell, Europa Press reported.
It is Spain's third case of COVID-19 and the second in the islands.
A German tourist was quarantined earlier this month on the island of La Gomera and a British citizen was isolated in the Mediterranean's Balearic Islands. Both were released after recovering and showing no further symptoms of the illness.
The Spanish government has convened a special commission of various ministries and a separate meeting with health authorities of all the Spanish regions to assess preparations for a possible uptick in cases.
In Italy, seven people have died, while a further 229 have tested positive for the virus. Police are manning checkpoints around 11 quarantined northern towns, in which an estimated 50,000 people live.