WORLD 1,200 prisoners leave jail in Sulawesi after earthquake and tsunami

1,200 prisoners leave jail in Sulawesi after earthquake and tsunami 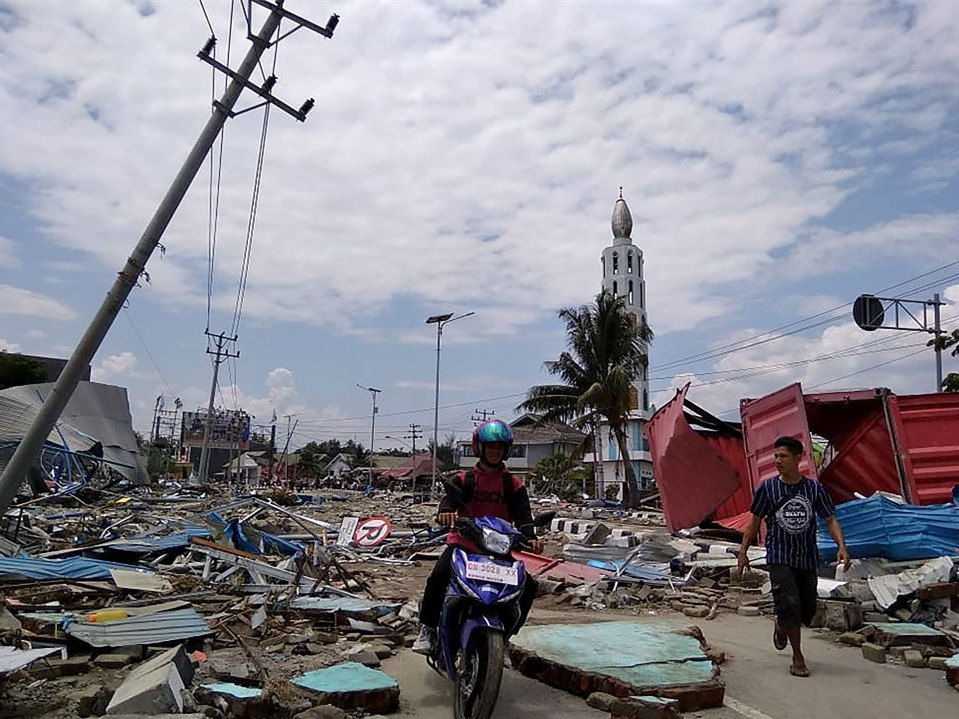 The earthquake in Indonesia caused many buildings to collapse. (Photo: VCG)

Bangkok (People’s Daily) -The Indonesian government said on Monday that after the earthquake and tsunami in Sulawesi, three prisons broke out of the local prison, and as many as 1,200 prisoners successfully escaped from prison. Indonesian officials believe that they escaped out of fear over the tsunami.

“I think the government allowed them to find their families first and they have to report back to the authorities every day,” Dian, a reporter of  the Jakarta Post, told People’s Daily.

Palu city is almost paralyzed, lacking gasoline, water, medicine and rescue. Many shops have closed, but local disaster victims who have nowhere to go smashed their doors and windows to snatch food and water. The Indonesian government is looking for ways to increase relief efforts, including helicopter airdrops of food and water. International rescue organizations said that as the 72-hour window is about to pass, the number of casualties caused by the tsunami will rise further, and panic in Palau will intensify.