1,400 arrests in 17 American cities during protests 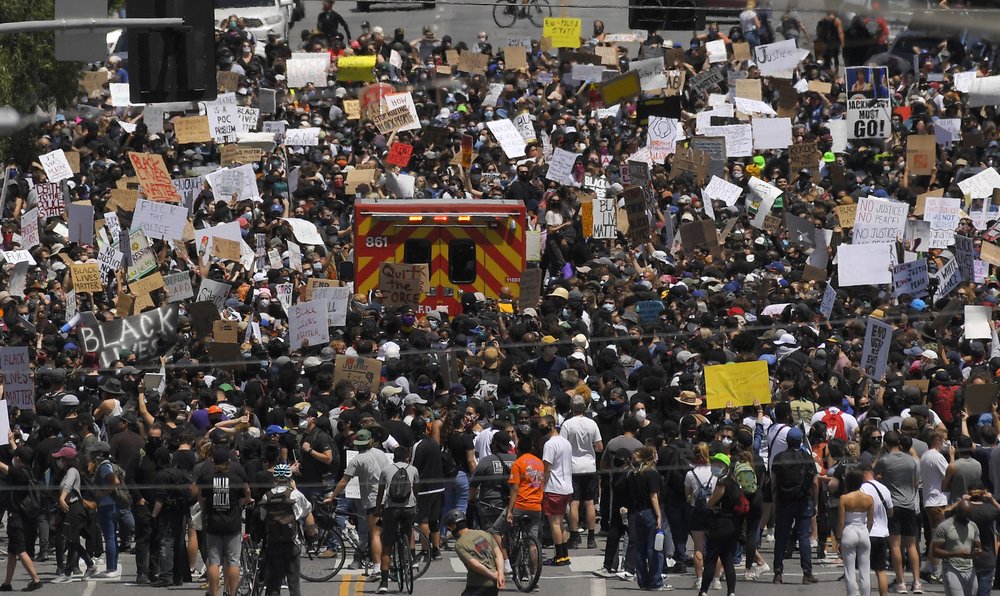 Demonstrators block the street as a Los Angeles Fire Department ambulance tries to get through during a protest over the death of George Floyd, Saturday, May 30, 2020, in Los Angeles. (Photo: AP)

Police have arrested nearly 1,400 people in 17 U.S. cities as protests continue over the death of George Floyd.

Floyd died Monday in Minnesota after a police officer put his knee on Floyd’s neck for more than eight minutes. The officer was arrested Friday and charged with third-degree murder.

But the arrest has done little to quell protests across the country. Most have been peaceful. But a few have erupted in violence.

An Associated Press tally of arrests found at least 1,383 people have been arrested since Thursday. The actual number is likely higher as protests continue Saturday night.