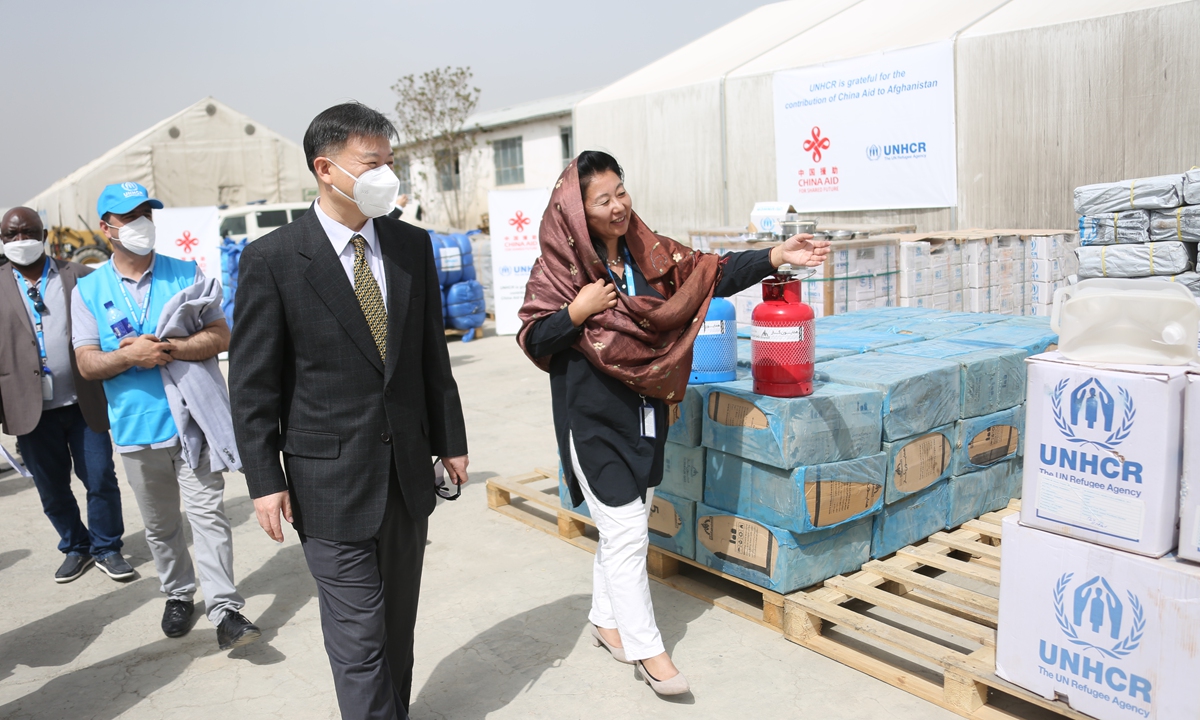 "Today we distributed the humanitarian assistance to 1,500 needy people and would continue to help needy families next week," Minister for Refugees and Repatriation Affairs Khalil-ur-Rahman Haqqani told reporters.

In the meantime, Spokesman for the ministry Abdul Mutalib Haqqani told Xinhua that each needy person received a 50 kg sack of rice donated by China in humanitarian aid to the people of Afghanistan.

"We are thankful to China for providing assistance to the people of Afghanistan at this critical stage," Haqqani told Xinhua.

The war-torn Afghanistan has been facing extreme economic problem since the defeat of the U.S.-led forces and their evacuation from Afghanistan last August. Washington has frozen more than 9.5 billion U.S. dollars of Afghanistan's asserts in U.S. banks that further worsened the country's fragile economy.

"I am grateful to China and other countries including the neighboring states for providing humanitarian assistance to us and hope such a cooperation will continue," an aid recipient Farid Ahmad, 35, who is also the head of a 10-member family, told Xinhua.

Welcoming the assistance, an aged widow only identified as Halima, 60, said, "I received a bag of rice and have to cook it without cooking oil to feed her three-member family."

The Chinese government announced last September that it has decided to provide food, winter supplies, COVID-19 vaccines, and medicines worth 200 million yuan (about 31.4 million U.S. dollars) in emergency humanitarian aid to Afghanistan.

China has provided a total of 6,220 tons of food aid to Afghanistan.