One person died and five others are missing after their boats capsized in floodwaters in South Korea on Thursday following incessant torrential rains, officials said. 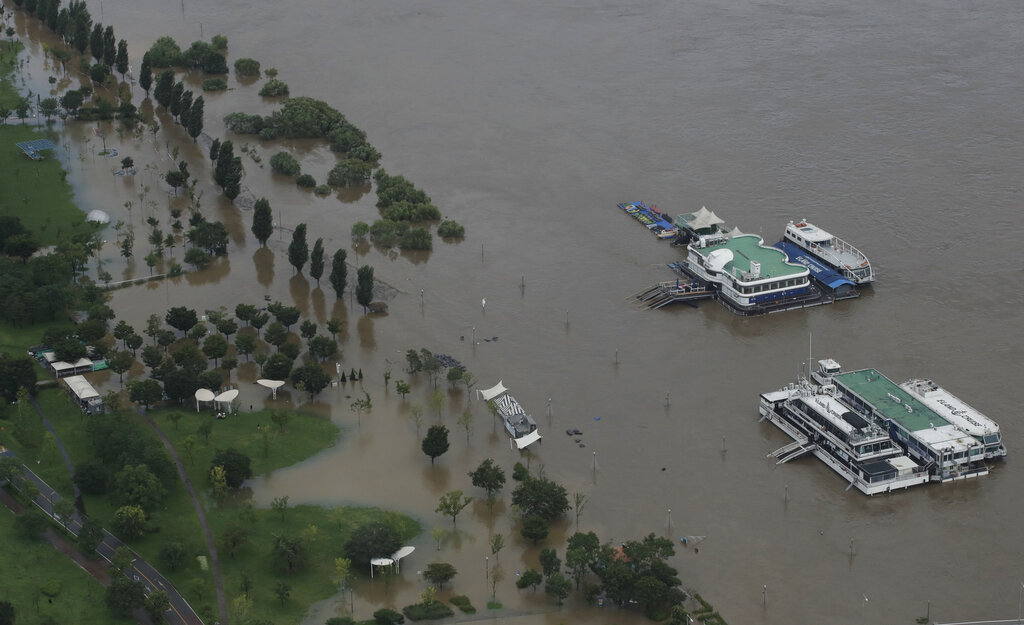 One of the boats was stuck in a wire near a dam in Chuncheon, just northeast of Seoul. Two other boats rushed to help but all three were overturned, according to the Ministry of the Interior and Safety.

A total of eight people were aboard the three boats, one of them a police boat. One person was declared dead at a hospital, two were rescued and five others are unaccounted for, fire officials said.

Also Thursday, the state-run Han River Flood Control Office issued a flood alert near a key river bridge in Seoul, the first such advisory since 2011.

Agency officials said parts of highways along the river have been closed and many riverside public parks flooded. The rainfall stopped near the Han River bridge on Thursday afternoon but the flood alert remains in effect, according to the agency.

Much of South Korea have been hit by days of heavy rains since Saturday.

Earlier Thursday, the safety ministry said in a report that 16 people died and 11 others were listed as missing in landslides, floods and other incidents. It said the figures didn’t include those involved in the Chuncheon dam incident.