WORLD 1 dead, up to 25 feared trapped after 4-storey building collapses in India's Mumbai

1 dead, up to 25 feared trapped after 4-storey building collapses in India's Mumbai 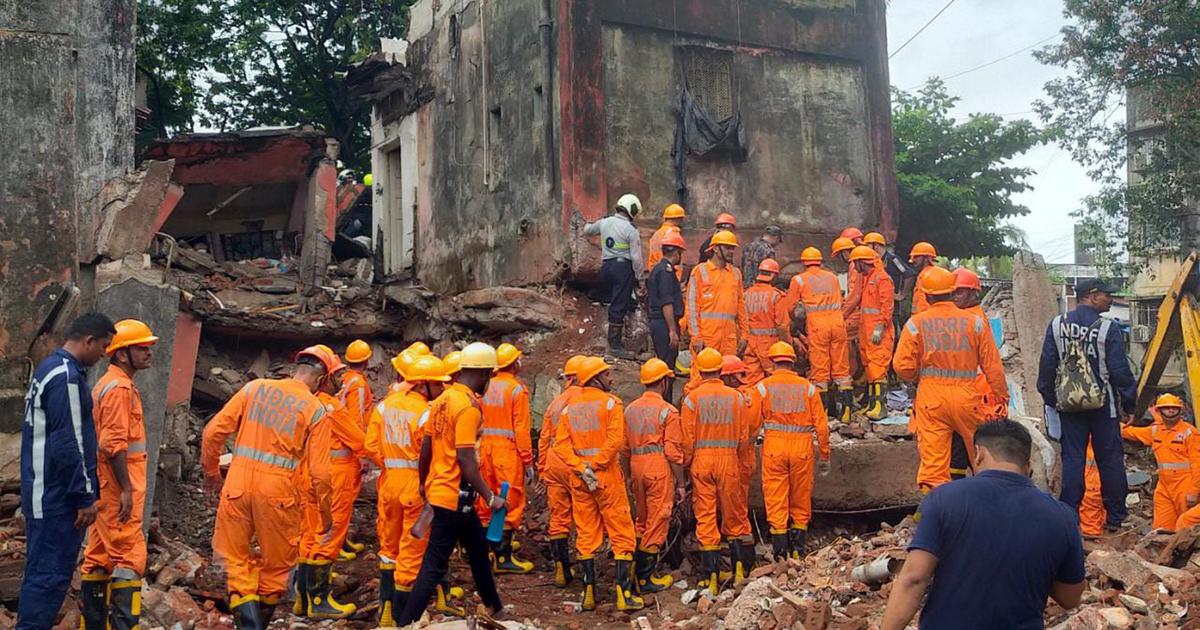 MUMBAI, June 28 (Xinhua) -- One person was reported dead and around 20 to 25 people were feared still trapped after a four-storey building in India's financial hub Mumbai collapsed on the intervening night of Monday and Tuesday.

Eleven people have been rescued so far from the collapsed building, which was in a dilapidated condition and a notice for evacuation was issued in 2013, according to a city official present at the site.

The injured have been admitted to a nearby hospital and rescue operations are continuing at the site involving police, fire brigade and disaster response teams.

"We will look into the evacuation and demolition of these buildings so that nearby people aren't troubled," said Aditya Thackeray, cabinet minister of India's western state of Maharashtra, which has Mumbai as its capital.

Three other adjacent buildings, which also were issued notice by the civic body for being in dilapidated condition have been vacated, the civic official said. Enditem