WORLD 1 in 5 US nursing homes short on PPE, staff in virus rebound

1 in 5 US nursing homes short on PPE, staff in virus rebound

One in five U.S. nursing homes faced severe shortages of protective gear like N95 masks this summer even as the Trump administration pledged to help, according to a study released Thursday that finds facilities in areas hard-hit by COVID-19 also struggled to keep staff. 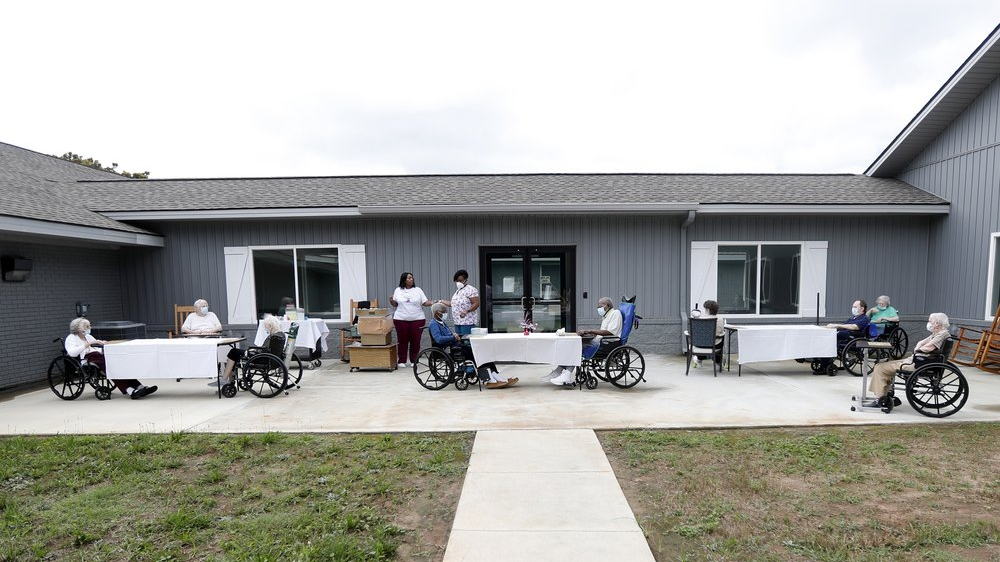 A new report says COVID-19 cases in U.S. nursing homes jumped nearly 80 percent earlier this summer, driven by rampant spread across the South and much of the West. (Photo: AP)

Significantly, there was no improvement from May to July in the shortages of personal protective equipment (PPE), or in the staffing shortfalls, according to the analysis of federal data by academic researchers. The summer has seen the coronavirus surge across the South, and much of the West and Midwest.

People living in long-term care facilities represent less than 1% of the U.S. population, but account for 43% of coronavirus deaths, according to the COVID Tracking Project.

Similar glaring disparities have been seen with nursing home residents in other countries, but in the U.S. the issue has become politically sensitive for President Donald Trump, who is trying to hang on to support from older voters in his reelection bid.

"A study that shows that 1 in 5 nursing homes has a severe shortage of PPE and a shortage of staff, and that it did not change from May to July, should be a massive red flag," said Terry Fulmer, president of the John A. Hartford Foundation, a nonprofit that works to improve care for older adults.

"We have had no coherent federal response," added Fulmer, who was not involved in the research.

Reacting to the study, the federal Centers for Medicare and Medicaid Services (CMS) said in a statement that the Trump administration "has provided nursing homes the tools they need to stop the virus' spread and, ultimately, each nursing home is responsible for its residents' safety," CMS sets nursing home standards and pays for much of the care.

What does the study say?

The study published in the journal Health Affairs looked at two periods of four weeks each earlier this summer, from mid-May to mid-June, and from the latter part of June to mid-July. Large outbreaks in nursing homes have been reported in many states since the end of February.

Researchers from the University of Rochester in New York, Harvard Medical School and the Harvard T.H. Chan School of Public Health analyzed data provided by nursing homes to the government at the behest of the Medicare and Medicaid agency, CMS.

They found that during the early part of the summer, 20.7 percent of nursing homes reported a severe PPE shortage, with one week or less of available supply. Shortages of N95 masks – recommended for health care providers – were the most common. The situation had barely changed by midsummer, with 19.1 percent of nursing homes reporting severe shortages.

Adequate levels of protective equipment and nursing staff are essential components in any infection control plan, experts say, and persistent shortages can feed a vicious cycle that raises risks both for residents and staff.

The study found that high rates of PPE shortages were seen in Iowa, Alabama, North Carolina and Tennessee, which have struggled to contain the virus this summer.

Nursing homes that reported PPE shortages were more likely to be for-profit, part of a chain, and to have COVID-19 cases among residents and staff.

Facilities that were government-owned, received higher shares of their earnings from Medicaid, and had lower quality ratings were more likely to confront staffing shortages.

"We have been slow to provide resources to nursing homes, and when we have provided them, they have been inadequate," said Harvard health policy professor David Grabowski, one of the study authors.