KATHMANDU, July 19 (Xinhua) -- One person was killed and four others were injured in an explosion in Nepal's far-western city of Dhangadhi on Thursday evening, local authorities said here Friday. 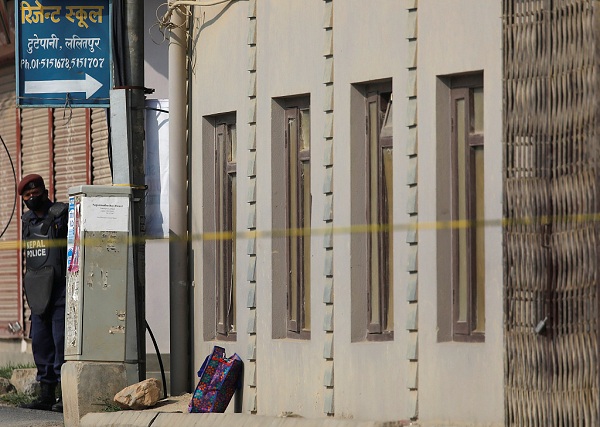 A policeman looks at an improvised explosive devise kept inside a bag in Lalitpur, Nepal May 27, 2019. (File Photo: VCG)

Assistant Chief District Officer of Kailali district Mohan Raj Joshi told Xinhua by phone that the explosion took place near a restaurant at the heart of the city.

"Of the five injured, one person died in course of treatment while four others are undergoing treatment in a local hospital," Joshi said.

The local administration has stepped up security in the city. "We have confirmed that improvised explosive devices (IEDs) kept inside plastic bags were detonated near the restaurant," Joshi said.

Superintendent of Police Sudeep Giri told local media that dozens of police officials have been mobilized following the incident.

"We have started an investigation into the incident," Giri was quoted by local media as saying.

Police have seized a pistol from the site following the incident.

The preliminary investigation carried out by the police has shown that an underground armed outfit was responsible for the explosion, according to authorities.