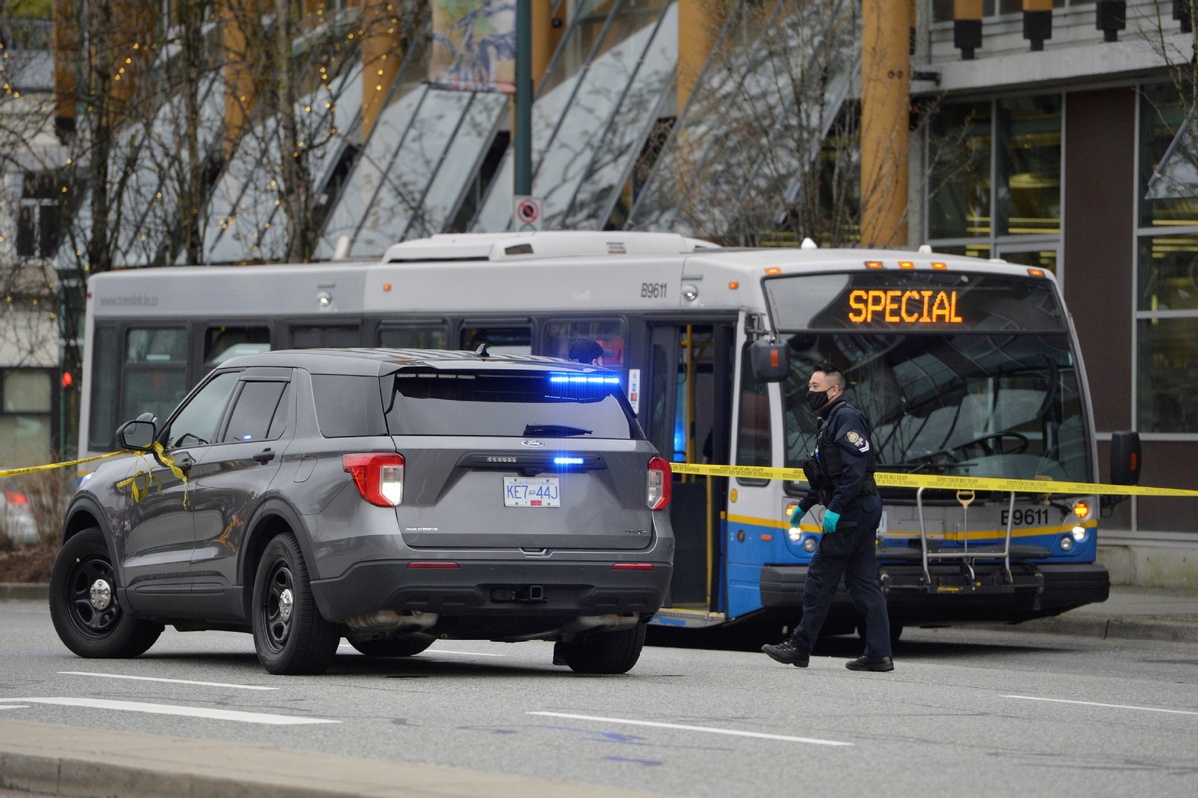 Police personnel respond to a crime scene at the Lynn Valley Main Library, where police said multiple people were stabbed by a suspect who was later taken into custody, in the Lynn Valley neighbourhood of North Vancouver, British Columbia, Canada on March 27, 2021. (Photo: Agencies)

Police have arrested a man who stabbed those people in and around a public library in North Vancouver around 2 pm local time (2100 GMT).

Video from the scene shows that the man injured himself with a knife before being subdued by police.

Police said the attacker appeared to be acting alone.