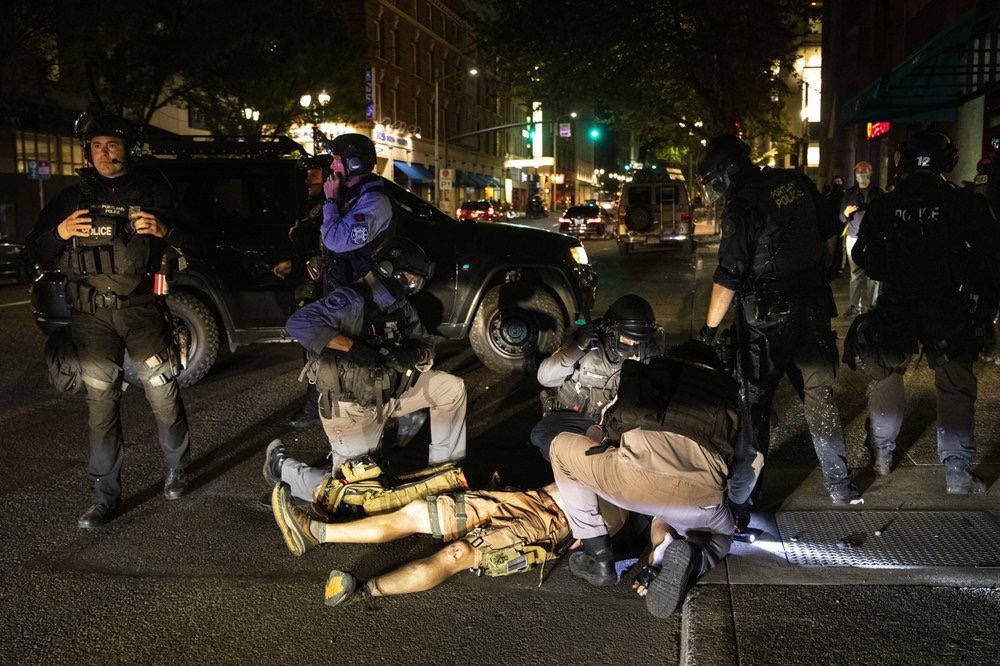 One person was shot and killed Saturday night in Portland, Oregon, as a large caravan of pro-President Trump ralliers clashed with Black Lives Matter protesters in the streets, according to the police.

"On Saturday, August 29, 2020 at 8:46 p.m., Portland Police officers heard sounds of gunfire from the area of Southeast 3rd Avenue and Southwest Alder Street. They responded and located a victim with a gunshot wound to the chest. Medical responded and determined that the victim was deceased," Portland Police Bureau said in a statement.

No suspect information has been released.