PARIS, Aug. 9 (Xinhua) -- A German man in his 70s who was helping supervise children at one of the summer camps in southern France went missing Thursday after heavy floods ripped through the region, local police said. 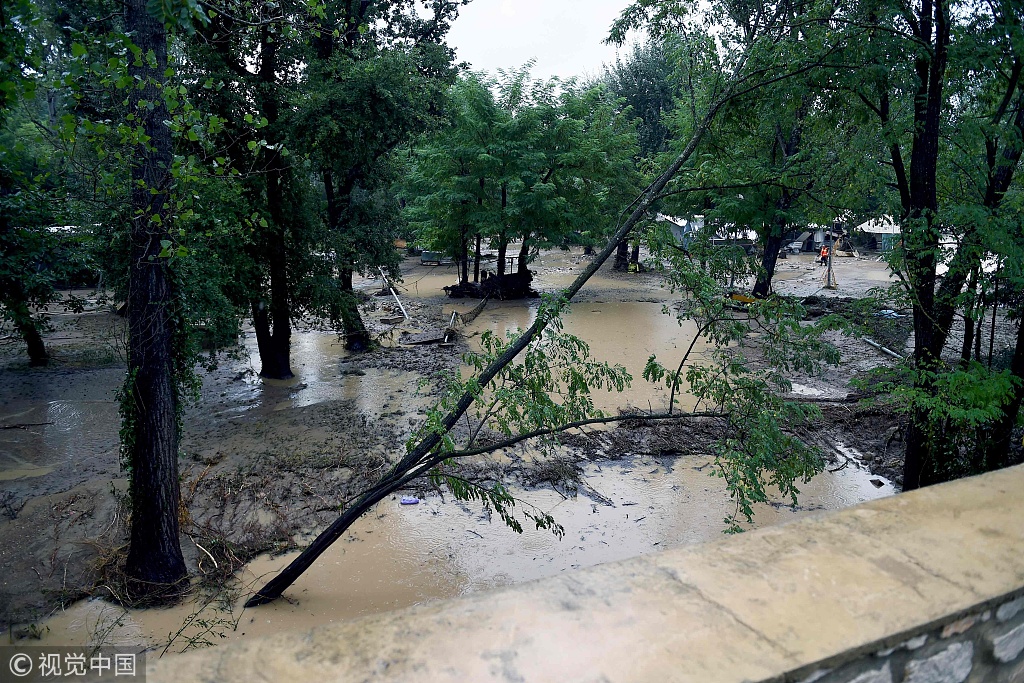 A flooded and damaged camping as storms and heavy rains sweep across France on August 9, 2018 in Saint-Julien-de-Peyrolas, southern France. The bad weather caused large power cuts and a man who was working in a summer camp went missing according to the gendarmerie. (Photos: VCG)

The 75-year-old man was accompanying 119 German children who were evacuated from a camp site in Saint-Julien-de-Peyrolas in the Gard region, one of the areas worst hit by the floods.

According to France's AFP news agency, the man was trapped by a muddy, fast-flowing torrent after the Ardeche river burst its banks. He then sought shelter inside his caravan, but the vehicle was swept away.

The police said it was later found "empty and in pieces" near the river.

Hundreds of firefighters, divers and helicopters have been dispatched for the rescue.

The interior ministry said a total of 1,600 people, most of them campers, were evacuated as a precaution in the Gard, Ardeche and Drome regions.

The storm, which caused flash flooding and transformed rivers and streams into torrents, came after southern France experienced weeks of unusually hot weather.

Authorities have warned that the waters would take time to recede and urged people to be vigilant.

Cover image: Rescuers walk past a damaged tent in a flooded camping as storms and heavy rains sweep across France on August 9, 2018 in Saint-Julien-de-Peyrolas, southern France.