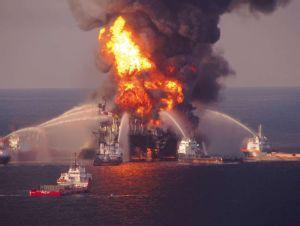 A fire and explosion at an oil well site Friday night injured one worker in the U.S. state of Colorado.

According to the official page of the Weld County Sheriff's Office, the incident occurred at approximately 8:45 p.m. on Friday (0345 GMT Saturday) at an oil well site near Highway 392 and Weld County Road 21, 90 km north of Denver, the state capital.
"Preliminary information suggests that this was an industrial accident," police said, adding that they found an injured worker at the scene and sent him to the hospital, but did not disclose his condition.
A Windsor Fire Department spokesman said the fire was under control by 11:00 p.m. (0600 GMT Saturday). Crews from several agencies from across northern Colorado arrived to fight the large fire.
Residents living nearby posted video clips and photos on social media, saying they were shocked by the explosion.
"The explosion was so loud that it shook our house! You would have thought a bomb went off!" Brian Terpstra tweeted, whose house is located around 3.5 km from the scene.
What caused the explosion is unknown.