The countdown clock for the Tokyo Olympics hit 50-days-to-go on Thursday, and the day also brought another problem for the delayed games. 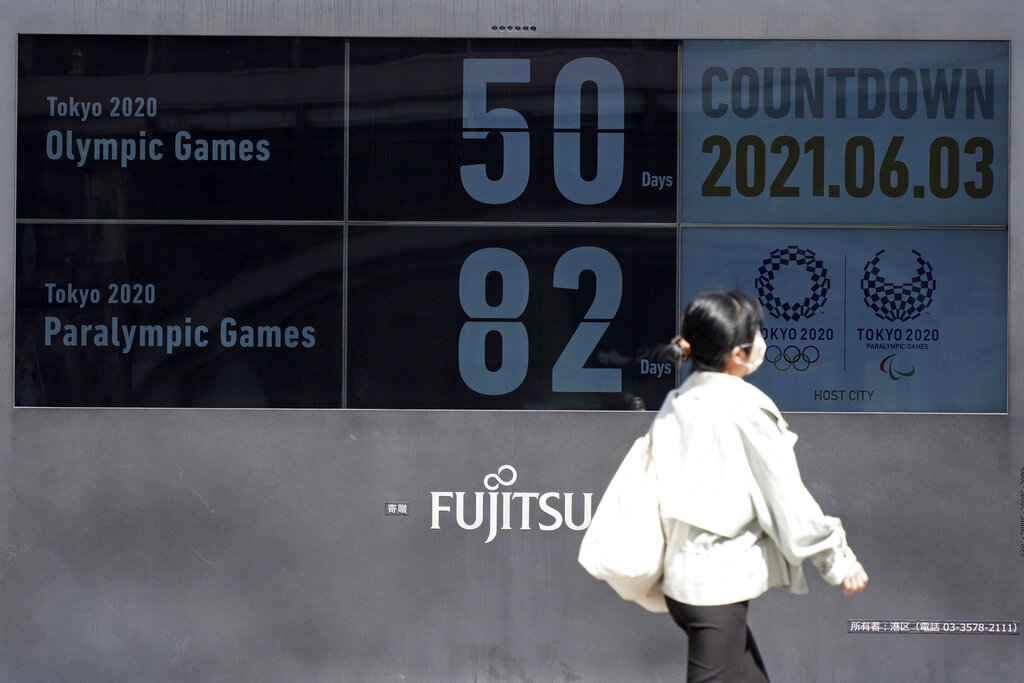 People walk past the countdown clock for the Tokyo 2020 Olympic and Paralympic Games near Shimbashi station in Tokyo, Thursday, June 3, 2021, to mark 50 days before the start of the Summer Games. (Photo: AP)

About 10,000 of 80,000 unpaid volunteers for the Tokyo Olympics and Paralympics have told organizers they will not participate when the games open on July 23.

Organizers said some dropped out because of worries about COVID-19. Few volunteers are expected to be vaccinated since most will have no contact with athletes or other key personnel.

Only about 2-3% of Japan’s general population has been fully vaccinated in a very slow rollout that is just now speeding up. Conversely, the IOC expects at least 80% of athletes and residents of the Olympic Village to be fully vaccinated.

“We have not confirmed the individual reasons," organizers said in a statement. “In addition to concerns about the coronavirus infection, some dropped out because they found it would be difficult to actually work after checking their work shift, or due to changes in their own environment.”

Organizers said the loss would not affect the operations of the postponed Olympics.

Unpaid volunteers are a key workforce in running the Olympics and save organizers millions of dollars in salaries. Volunteers typically get a uniform, meals on the days they work, and have daily commuting costs covered. They pay their own lodging.

A study done for the International Olympic Committee on volunteers at the 2000 Sydney Olympics said their value was at least $60 million for 40,000 volunteers.

To mark 50 days, organizers unveiled the podiums, costumes and music that will be used during the medal ceremonies. Organizing committee president Seiko Hashimoto again promised the Olympics will be safe for the athletes. 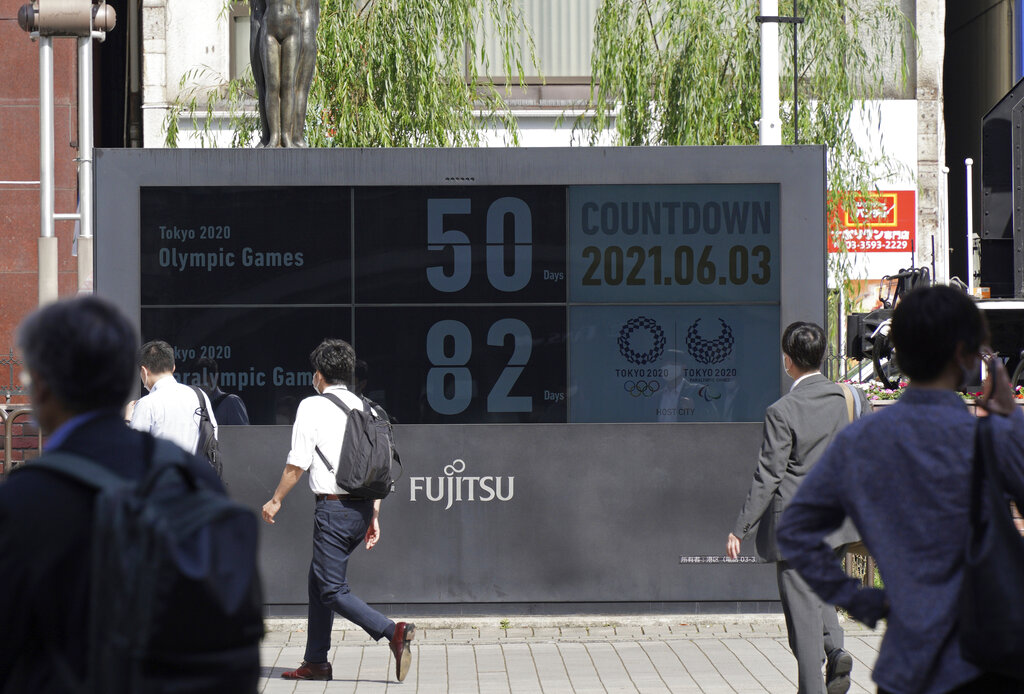 People walk by the countdown clock for the Tokyo 2020 Olympic and Paralympic Games near Shimbashi station in Tokyo, Thursday, June 3, 2021, to mark 50 days before the start of the Summer Games. (Photo: AP)

“The Tokyo 2020 organizing committee will absolutely make sure to protect the health of the athletes,” she said.

Support for the Olympics continues to lag in Japan with 50-80% — depending how the question is phrased — saying the games should not open on July 23.

Tokyo is officially spending $15.4 billion to organize the Olympics, and several government audits say it's much more. All but $6.7 billion is public money. The IOC's contribution is about $1.5 billion.

Japan has attributed just over 13,000 deaths to COVID-19, far lower than most comparable countries, but higher than many Asian neighbors.

On Thursday, the Japanese soccer association said a member of the Ghana team had tested positive upon arrival in Tokyo. The player was separated from the team and placed in quarantine.

Earlier in the week, soccer players from Jamaica were unable to go to Japan because of issues with coronavirus testing. They were to have played the Japanese national team in a friendly.