WORLD 10 killed, 24 injured in series of attacks in NW Pakistan

10 killed, 24 injured in series of attacks in NW Pakistan 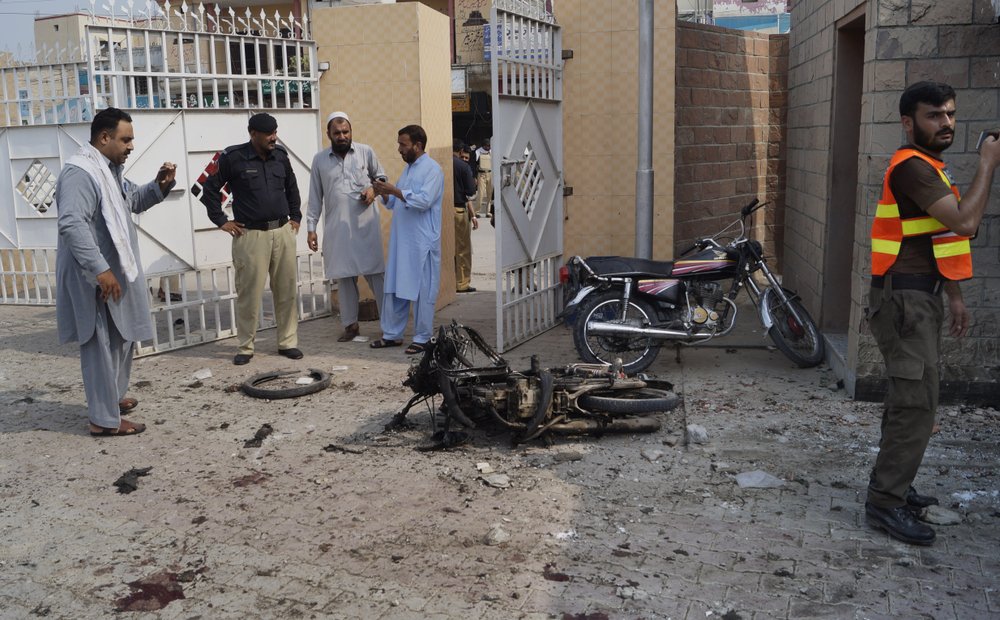 Pakistani security officials examine the site of a bombing on an entrance of a hospital in Dera Ismail Khan, Pakistan, Sunday, July 21, 2019. (Photo: AP)

ISLAMABAD, July 21 (Xinhua) -- A total of 10 people were killed and 24 others injured in a string of terrorist attacks in Dera Ismail khan district of Pakistan's northwest Khyber Pakhtunkhwa province, a senior official and police said on Sunday.

The militants carried out two back-to-back attacks at police at a check post and later at a hospital in the district, Pakistani Prime Minister's Special Assistant of information and Broadcasting Firdous Ashiq Awan said, adding that the killed included six police and several policemen were also injured in the attack.

In a text message to media, the banned Pakistan Taliban claimed the attacks, saying that the attacks were conducted in retaliation of the killing of one of their accomplices by the police in an attack on June 23.

Deputy Superintendent Police Iftikhar Khan told the media that the militants killed two policemen in an incident of target killing at a check post in the district, and when a contingent of police were shifting their colleagues' bodies to the hospital, the second attack happened.

A woman, in her late 20s, reached near police on foot and blew up her explosive-laden vest near them at the main gate of the hospital, he said, adding that the building of emergency and trauma center of the hospital located near the main gate was also damaged in the explosion.

Government officials, opposition leader and general public expressed shock and sorrow over the incidents and asked for investigation to nab the militants involved in masterminding the fatal attack.

Prime Minister Imran Khan, who is currently in the United States on an official visit, strongly condemned the terrorist attacks and expressed deep grief over the loss of lives in the incidents. He also directed for provision of best medical treatment to the injured.

Condemning the attack, Chief Minister of Khyber Pakhtunkhwa Mahmood Khan said that his government extends its condolences to the families of the blast victims, adding that such incidents cannot deter their resolve to eradicate militancy from the country.