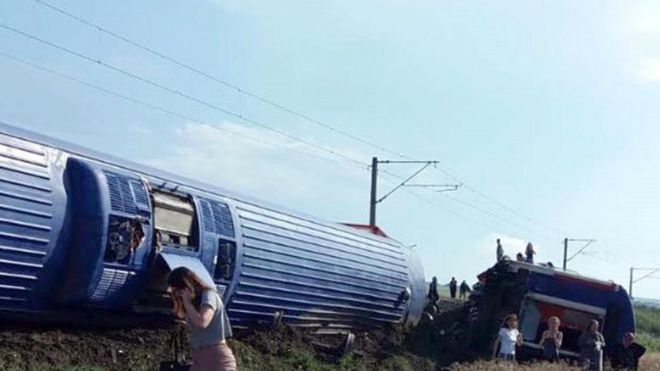 A train has derailed in Northwest Turkey, killing at least 10 passengers and injuring over 70 on July 8, 2018 (Photo: Agencies)

Five of the train's six carriages derailed near the province of Tekirdag in the late afternoon, CNNTurk said, noting that the train was carrying a total of 360 passengers.

According to the broadcaster, the train was going to Istanbul from Edirne, the Turkish border crossing point in Edirne province on the border of Turkey and Bulgaria. Enditem