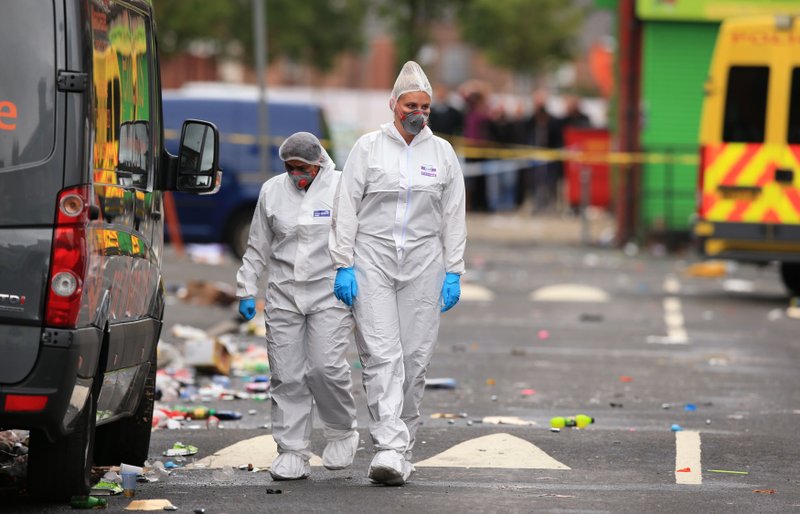 LONDON, Aug. 12 (Xinhua) -- Ten people, including two children, were taken to hospital after a shooting at a street party early Sunday in the Moss Side area of Manchester, British police said.

Armed police officers rushed to the scene on a residential street at 2.30 a.m. local time on Sunday, where a party was being held following a Caribbean Carnival at a nearby park.

Following what was described as a "dangerous attack," one man was in a serious condition while nine others suffered "pellet-type" wounds.

Police said they were working on the premise that the weapon used was a shotgun.

Footage reportedly showing the aftermath of the incident was posted on social media. The video appears to show a panicked group of people being helped by police.

Police said it was lucky no one was killed by the "completely reckless" shooting while hundreds were celebrating a Caribbean carnival in Manchester's Moss Side.

Armed police found several people with leg injuries when they were called to reports of two loud bangs in Claremont Road at 2.25 a.m. on Sunday.

On Sunday morning, litter including empty bottles of brandy and other drink containers, food wrappers and nitrous oxide canisters could be seen strewn across Claremont Road.

Residents said a street party was held there annually following the carnival in nearby Alexandra Park.