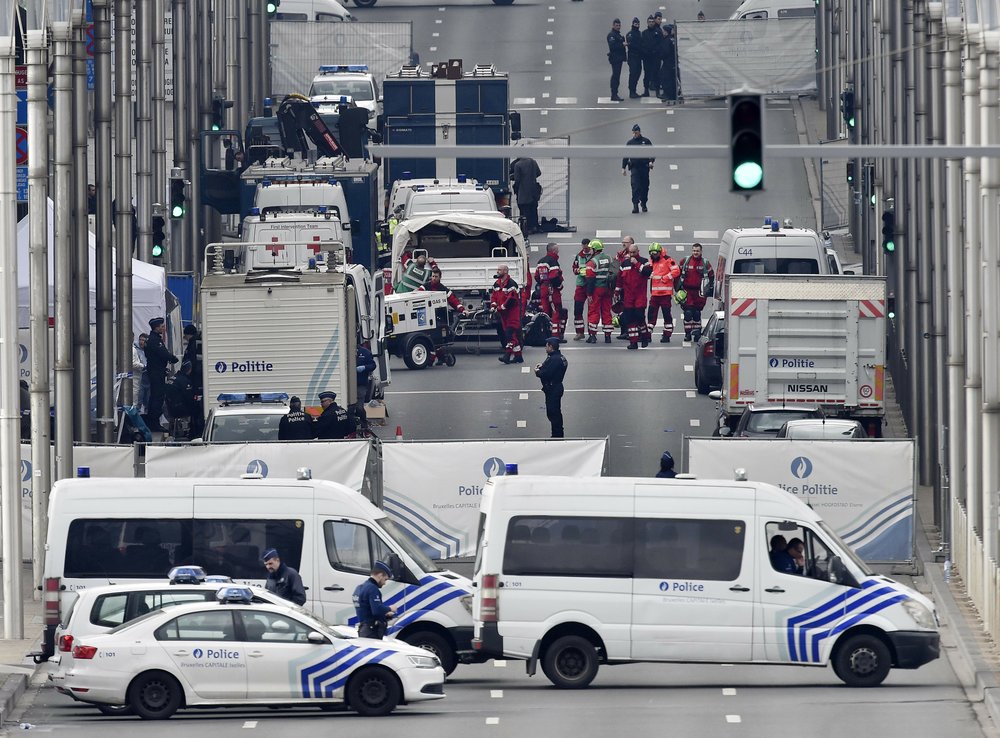 In this Tuesday, March 22, 2016 file photo, police and rescue teams are pictured outside the metro station Maelbeek in Brussels. (File photo: AP)

Ten people including the lone known surviving suspect in the 2015 deadly Paris attacks have been ordered to stand trial in connection with the suicide bombings which killed 32 people and injured hundreds in the Brussels subway and airport nearly five years ago.

According to the federal prosecutor’s office, the Brussels Chamber of the Council also decided on Tuesday that charges against three others suspects should be dismissed.

Earlier this year, prosecutors requested that eight of the 13 main suspects should be referred to the criminal court of assizes — the court that tries the most serious crimes — for charges of assassinations and attempted assassinations in a terrorism context, and for belonging to a terror group.

But the Council Chamber decided to refer to the court all 10 people who were ultimately charged, meaning that only one trial related to the case should take place.

Among the those to stand trial is Salah Abdeslam, who is also suspected of playing a major role in the Paris attacks, and Mohamed Abrini, the Brussels native who walked away from Brussels’ Zaventem airport after his explosives failed to detonate.

Abdeslam was captured in Brussels on March 18, 2016, and his arrest may have prompted other members of the Islamic State group cell to rush attack plans already in motion. Four days later, suicide bombers detonated their explosives in the Brussels airport and metro during the morning rush hour. In Paris, the network of French and Belgian fighters killed 130 people in attacks at the Bataclan concert hall, the national stadium and in bars and restaurants.

Around 900 people are among those who suffered physical or mental trauma in the Brussels attacks, which were claimed by IS.

The case will now be transferred to the Court of Appeal, which will decide when the case will be heard by the Chamber for Indictments. A date has yet to be set for the trial, which is expected to start in the autumn.