100s of migrants gather in Honduras to attempt new caravan 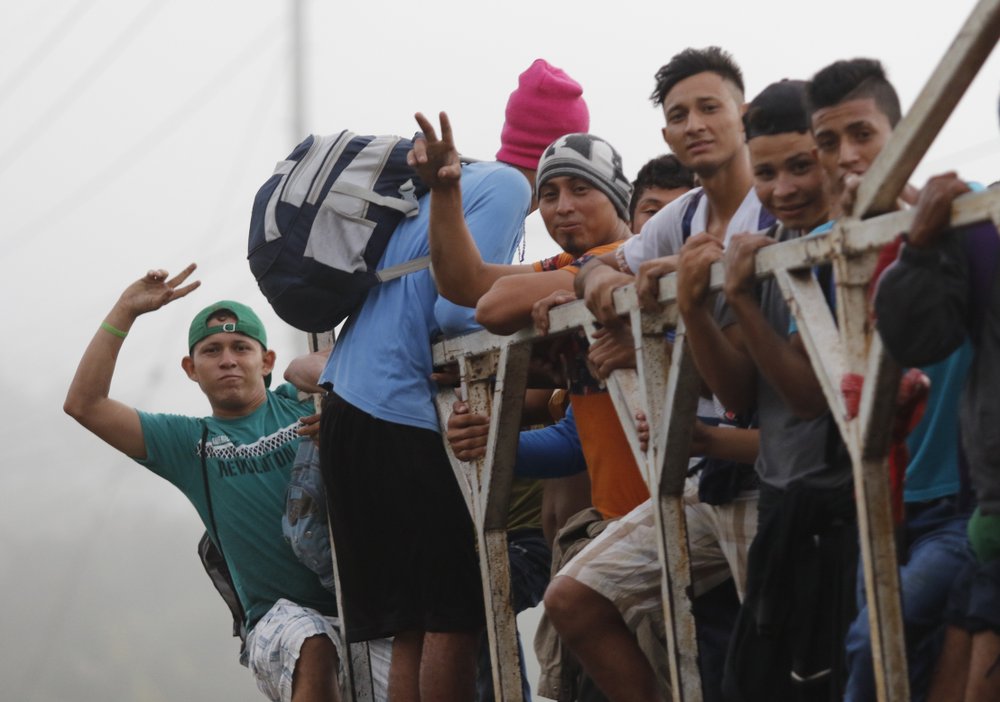 Migrants ride on top of a truck moving along the highway, in hopes of reaching the distant United States, from San Pedro Sula, Honduras, early Wednesday, Jan. 15, 2020. (Photo: AP)

Hundreds of mainly Honduran migrants started walking and hitching rides Wednesday from the city of San Pedro Sula, in a bid to form the kind of migrant caravan that reached the US border in 2018.

Some migrants waved Honduran flags and shouted slogans against President Juan Orlando Hernández as they set out for the Guatemalan border.

Most attempts at forming caravans in 2019 were broken up by police and the national guard in Mexico, which has come under increased US pressure to prevent migrants from arriving at the US border.

Some migrants said they were aware the voyage would be tough, but said they would try anyway.

“We aren’t living here, we’re just surviving,” said Elmer Garcia, 26, a migrant from the town of Comayagua. “So it doesn’t make much difference if you die there, or die here.”

Gerson Noe Monterroso, 34, has been unemployed for the last five years. He left his hometown of Choloma, just north of San Pedro Sula, in hopes of finding a job and sending money back to his family.

Monterroso set out with his toddler son in his arms, but left his other children with their grandparents in Choloma.

“Here in Honduras, opportunities are scarce and crime is unbearable,” Monterroso said. “We are not even safe in our own homes.”

This, by his own account, was his third attempt to reach the United States. He was turned back the other two times.

The prospects for any kind of caravan like the one in 2018 — which involved thousands of people — appear remote. Many of the migrants from the 2018 caravan applied for asylum, something that is now difficult or impossible.

The U.S. has used a carrot-and-stick approach in bilateral agreements struck since July with Guatemala, Honduras and El Salvador to deny people an opportunity to apply for asylum in the US They are instead to be sent to Central America with an opportunity to ask for protection there.

“The truth is, it is going to be impossible for them to reach the United States,” said human rights activist Itsmania Platero. “The Mexican police have a large contingent and they are going to catch all the migrants without documents and they will be detained and returned to their home countries.”

Israel Connor, a Nicaraguan who has been living in Honduras since fleeing political and social unrest in his home country, was undeterred. He set out Wednesday with his wife Darlen Suazo and their three children, aged 3 to 5.

“We are going to struggle, but if God is with us, nobody can stop us,” said Connor. “We know we are going to get through Guatemala, and God will soften the hearts of the Mexican authorities.”

That was similar to rhetoric heard from migrants in the first caravans, but things have changed since then.

Immigration analyst Sally Valladares told local media: “The risks have become much higher because of Mexico’s threats of deportations, but also because, when they are not able to cross (Mexico) as part of a caravan, they are going to search out routes as individuals, and they could fall into the clutches of criminal gangs that prey on migrants.”