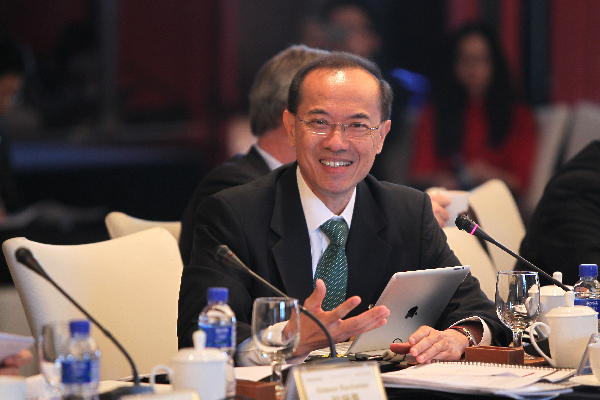 SINGAPORE, May 8 (Xinhua) -- The 100th anniversary of the founding of the Communist Party of China (CPC) is a milestone in China's development, said Singapore's former Foreign Minister George Yeo.

When talking about the CPC, one needs to review the history of the Chinese revolution, "which is the greatest revolution in human history," Yeo told Xinhua in a recent interview.

"I've been watching Awakening Age (a TV series on the founding of the CPC), reviewing the debates in China after Xinhai Revolution in 1911, and finally the creation of the Chinese Communist Party," Yeo said.

The revolution in China was full of twists and turns, but all the time the CPC has been learning and finding a way forward, harnessing the unity, the energy and the creativity of the Chinese people.

A key achievement of the CPC is to elevate the status of women in society.

"The result is that Chinese women today is probably the most liberated among all Asian women," he said.

Worldwide, a very exciting chapter is being revealed in human history, and it represents a new internationalism, he said.

Now many countries are going to the Moon and the Mars. "There do people fight each other or cooperate with each other? As a challenge to all human beings, this requires a new thinking," he added.

Moreover, China aims to raise its urbanization rate to 65 percent during the 2021-2025 period, according to the recently published 14th Five-Year Plan.

Other countries will watch and learn what China does, he said, and likewise, China can learn from other people's successes, as "we can only find the way to the future by learning from the experiences of others."

It requires a very lively party which is very open to the world and to new ideas, and takes a lively interest in the experiences of others and learn from them, said Yeo.