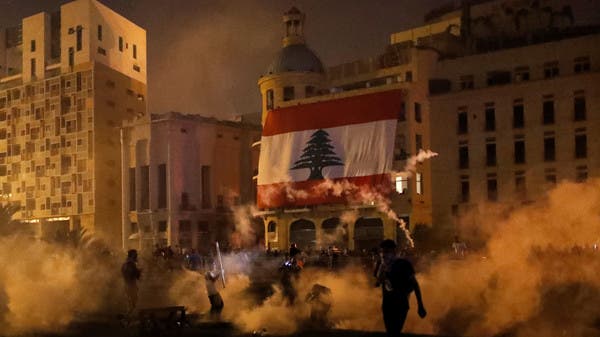 BEIRUT, Aug. 9 (Xinhua) -- The Lebanese army announced on Sunday that 105 soldiers were injured during clashes with protesters a day earlier.

On Saturday afternoon, thousands took to streets in downtown Beirut in anti-government protests that demand the overhaul of the political system, days after massive explosions rocked the Lebanese capital that killed at least 158 and injured 6,000 others.

The Lebanese Red Cross announced that at least 238 were injured in the protests.

Some of the protesters who broke into the ministries of economy, foreign affairs, environment, energy and water, and the association of banks were arrested by security forces.

The protesters accused officials of negligence and recklessness following primary information revealing that ammonium nitrate that had been stored in the warehouse at Port of Beirut since 2014 may have caused the deadly explosions.

The protests have prompted the resignation of Information Minister Manal Abdel Samad and some MPs.