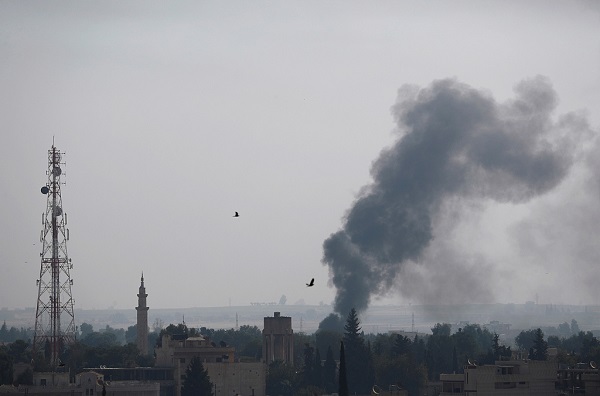 "We are trying to prevent the establishment of a terrorist state in the south of our country through our cross-border operations," Erdogan said during his address to his party members.

He also threatened to open the border of Turkey with Europe for millions of Syrians inside Turkey if the European countries continue to criticize the operation as "occupation."

"If you try to call our current operation 'occupation movement,' our job is easy. We open the doors and send 3.6 million refugees to you," Erdogan said.

Turkey launched the Operation Peace Spring on Wednesday in order to "eliminate terrorism along its border and establish a safe zone to facilitate the return of Syrian refugees."

The Turkish Defense Ministry said earlier that the Turkish military targets only terrorists, their shelters, positions, weapons, tools, and equipment, while attention will be paid to prevent casualties of civilians and damage to historical, cultural, and religious structures as well as facilities of friendly and allied countries.