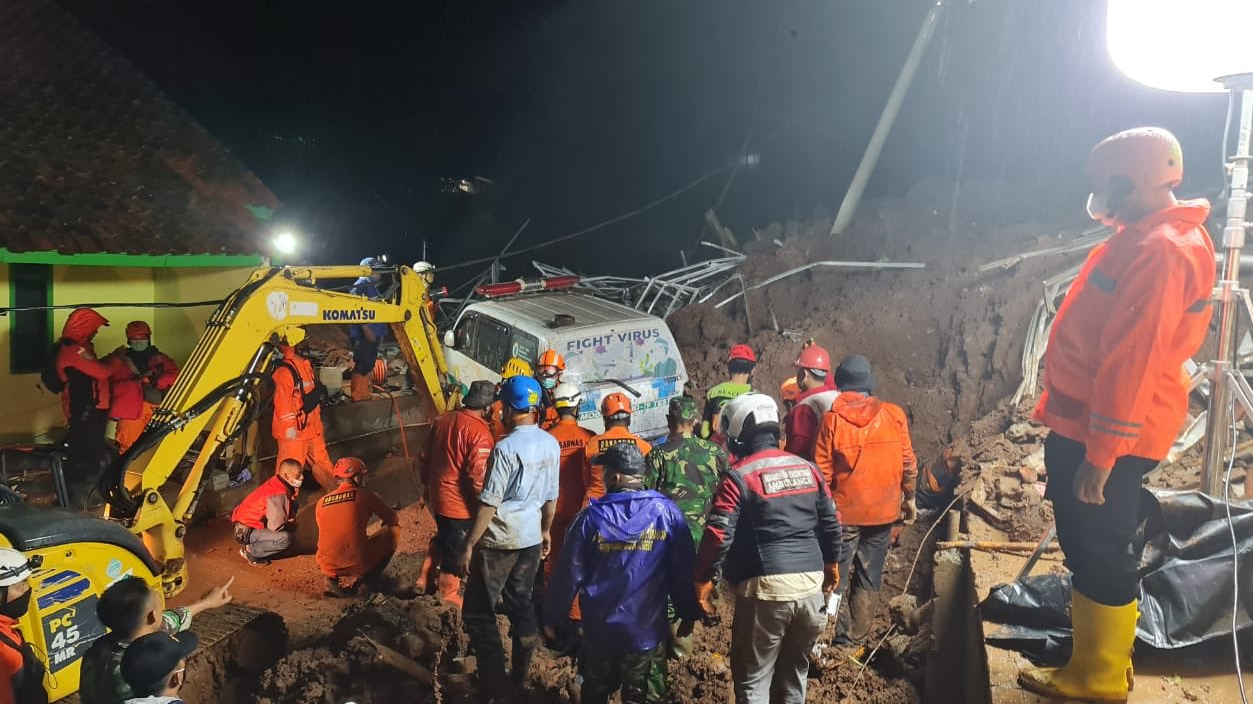 JAKARTA, Jan. 10 (Xinhua) -- Eleven people were killed, 17 injured and 14 others were believed to be buried under mud as landslides struck Indonesia's West Java province on Saturday afternoon and night, a senior disaster agency official said on Sunday.

"When search and rescue operation for the victims was underway, suddenly other landslides occurred and buried several rescuers," he said.

The landslides took place at 7:30 p.m. local time, among those buried by mud and rocks were the head of the emergency unit of the BPBD in the district and military commander in Cimanggung sub-district, Budiman said.

"This is because the condition of the soils on the scene is unstable," he added.

A total of 14 houses were destroyed by the landslides, leaving 17 people injured, some of whom were being treated at the health clinic in the village, Budiman added.

As search for the missing people resumed on Sunday morning, three heavy machinery equipment were deployed with over 500 rescuers involved in the operation.