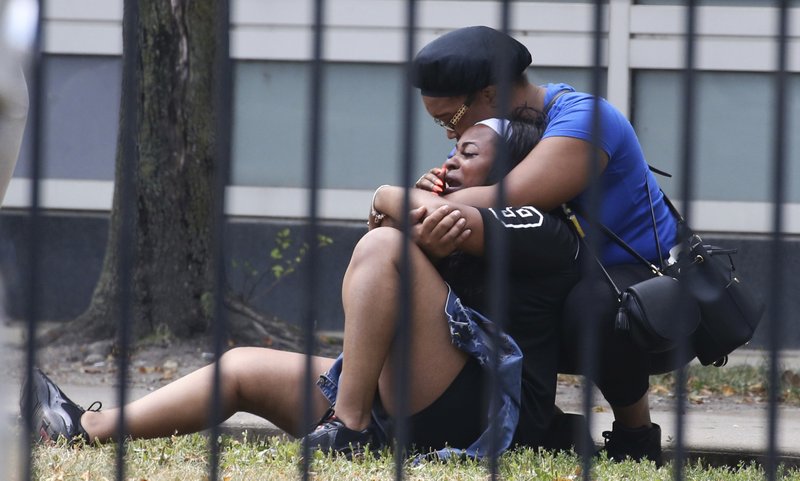 At least 11 people were shot and killed and about 70 others were wounded over the weekend in Chicago, in a spasm of gun violence that police attributed mostly to gangs and that the president’s lawyer, Rudy Giuliani, used to criticize the city’s Democratic leadership.

The violence peaked early Sunday, including one shooting on the city’s South Side that wounded eight people.

By comparison, at least seven people were killed and 32 were wounded during the long Memorial Day weekend, which is often one of the most violent weekends of the year for the city, the Chicago Tribune reported.

“They take advantage of that opportunity and they shoot into a crowd, no matter who they hit,” he said.

Police have said violent crime has declined overall in Chicago. Still, anti-violence protesters have blocked highways to voice their outrage.

Chicago ended 2017 with fewer homicides, 650, than 2016, when there were 771. Although the drop was significant, it exceeded the combined number of killings in New York City and Los Angeles, which are the two US cities bigger than Chicago.

Chicago’s gun violence has drawn widespread attention, including from President Donald Trump and his lawyer, Giuliani, who blamed the problem on Chicago’s longtime “Democratic rule” in a series of tweet s on Sunday and Monday.

The former New York City mayor also tweeted his support for Chicago’s former superintendent, Garry McCarthy, referring to him as “Jerry” and calling him a “policing genius.” McCarthy announced this year that he plans to run for mayor next February against Democratic Mayor Rahm Emanuel, who fired McCarthy in 2015 after the release of dashcam video showing a white police officer shoot a black teenager 16 times.

Misspelling Emanuel’s last name, Giuliani tweeted: “He can do a lot better than Mayor Emmanuel who is fiddling while Chicago burns.”

Giuliani also falsely claimed that Chicago had “63 murders this weekend.”