WORLD 11 killed in crash of car carrying migrants in Greece

11 killed in crash of car carrying migrants in Greece 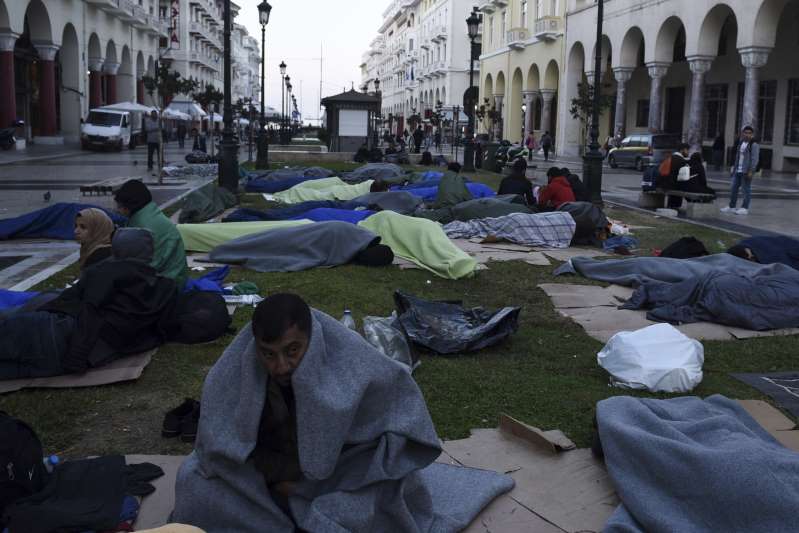 Kurdish migrants wait outside a police station in Aristotelous Square at the northern Greek city of Thessaloniki, Monday, Oct. 8, 2018. Dozens of refugees and migrants have gathered outside a police station in Greece's second largest city, waiting for hours to be formally arrested and gain temporary residence in the European Union country. (Photo: AP)

Ten of the victims were believed to be migrants who crossed into the Greece from Turkey. The 11th person was the car's driver and a suspected migrant smuggler, police said.

Police said the car in which the migrants were packed had another vehicle's license plates and is suspected of having been used for migrant trafficking. The car hadn't stopped at a police checkpoint during its journey, but it wasn't immediately clear how close to the site of the crash that it happened.

Police said the crash occurred just after 5 a.m. (0200 GMT) near the town of Kavala. The car, which had been heading to the main northern city of Thessaloniki, collided with a truck heading in the opposite direction and burst into flames. All of the victims have been burned beyond recognition. The truck caught fire as well.

All of the people in the car were killed. The truck driver, a 39-year-old Greek man, was treated for minor injuries in a hospital in northern Greece before being discharged.

Police told The Associated Press the car was traveling at high speed and had crossed over to the eastbound lane. The truck driver tried to swerve at the last moment, but couldn't avoid the collision.

The car wasn't traveling on the highway connecting Thessaloniki to the Turkish border but on an older road, because there are more police roadblocks on the highway.

A local firefighter told the AP on condition of anonymity because of the ongoing investigation that one of the victims was believed to have been a child and that three or four of the others were in the car's trunk.

Greek authorities have been seeing an increase in people illegally crossing the Greek-Turkish border in recent months. Many are transported to Thessaloniki, where they head to police stations to be registered and apply for asylum.