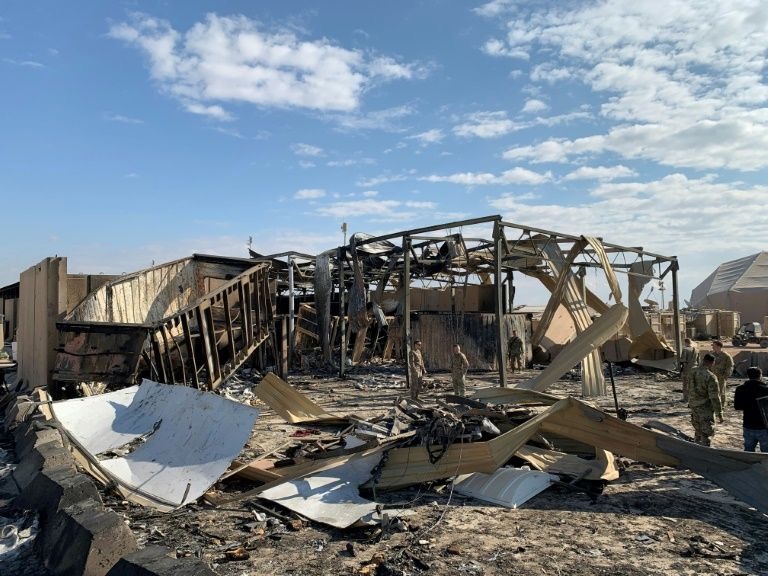 The picture shows a view of the damage at Ain al-Asad military airbase housing US and other foreign troops in the western Iraqi province of Anbar.

US President Donald Trump and officials initially said no casualties occurred in the attack.

"We corrected the record today," Jonathan Hoffman, the chief Pentagon spokesman, told CNN. The Office of the Secretary of Defense "learned about these injuries today and directed a statement go out immediately."

"While no US service members were killed in the Jan. 8 Iranian attack on Al Asad Air base, several were treated for concussion symptoms from the blast and are still being assessed," the US-led military coalition fighting ISIS in Iraq and Syria said in a statement Thursday.

The statement added that the injured service members were transported to Germany for follow-up screening. After the treatment, they are expected to return to Iraq.