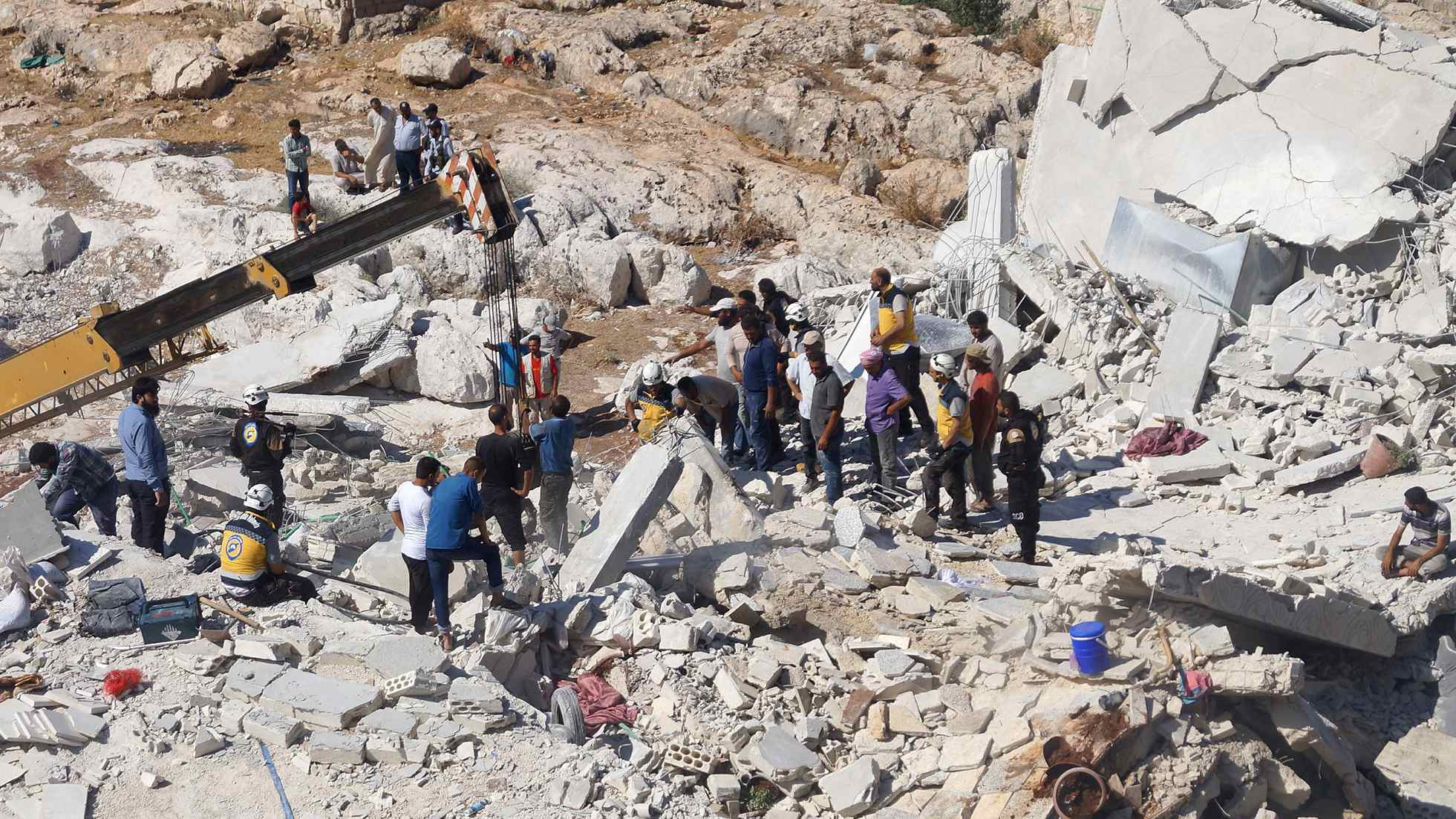 An explosion at a weapons depot in a rebel-held town in northwest Syria killed at least 39 civilians including a dozen children. (File photo: CGTN)

DAMASCUS, March 15 (Xinhua) -- As many as 117 children died in a battered camp in northeastern Syria over the past few months, a war monitor reported Friday.

The dead children were mostly under 12 years old and 60 percent of them died as a result of the tough humanitarian situation in the camp over the past 19 days, according to the Syrian Observatory for Human Rights.

The United Nations has made several statements about the tough humanitarian situation in al-Hol camp. Its latest statement on Thursday said there has been an unfolding humanitarian crisis in the camp since December 2018.

About 67,000 people are in al-Hol camp, 90 percent of whom are women and children fleeing hostilities from the town of Baghouz, the last IS-held area in eastern Syria.

The United Nations said the camp was over-crowded and uninhabitable and threatened human dignity and life where people were forced to sleep on the ground during harsh weather conditions.

People are leaving Baghouz on a daily basis and the Observatory said the U.S.-backed Syrian Democratic Forces (SDF) has postponed its last push against the IS in the town as the terror group is holding prisoners from the SDF.

The SDF, backed by the U.S.-led coalition, has been carrying out a crushing offensive against the IS in eastern Syria since last September.

In recent reports, the Observatory said the IS militants were in their last days in eastern Syria amid the progress of the SDF.