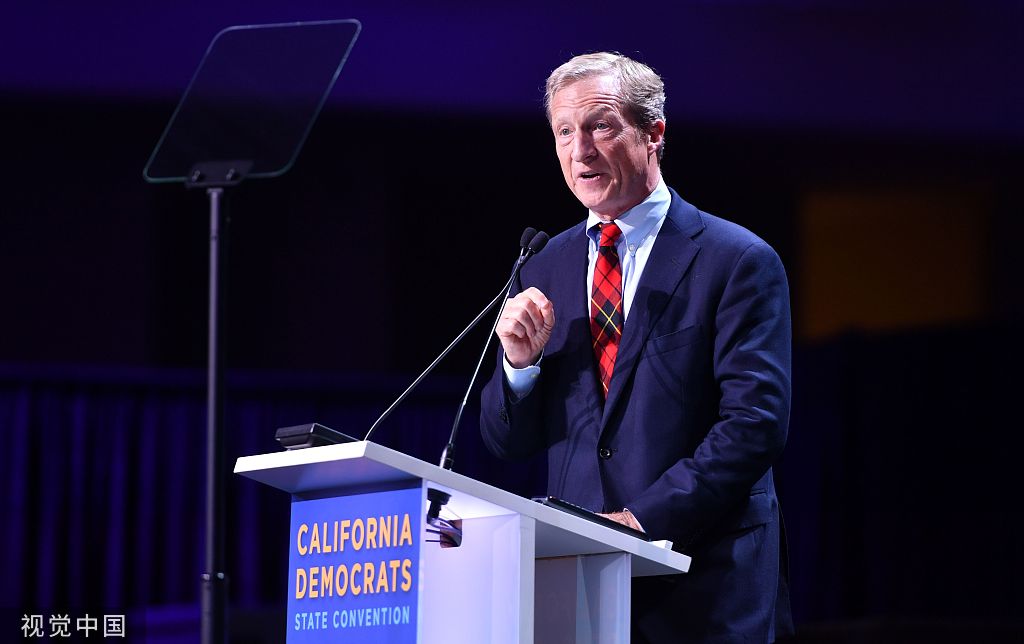 WASHINGTON - US billionaire Tom Steyer on Sunday became the 11th Democratic candidate to qualify for the next round of debates.

Steyer's campaign announced that Steyer have met both the support rate and donor numbers needed to participate in the next round of debate slated for October.

To qualify for the next round of debates, a candidate must have four polls with at least 2 percent support rate and 130,000 individual donors, which Steyer achieved in August.

The accomplishment for Steyer came too late to put him into the third round of debate in September, which will have 10 candidates.

Tulsi Gabbard, a Congresswoman from Hawaii, also moved closer to the debate stage with a Washington Post-ABC News poll released Saturday, bagging her third poll with at least 2 percent support rate. She has also met the donor threshold.

Both the CBS and Post-ABC poll shows former Vice President Joe Biden and Senators Bernie Sanders and Elizabeth Warren with clear advantages over other candidates.