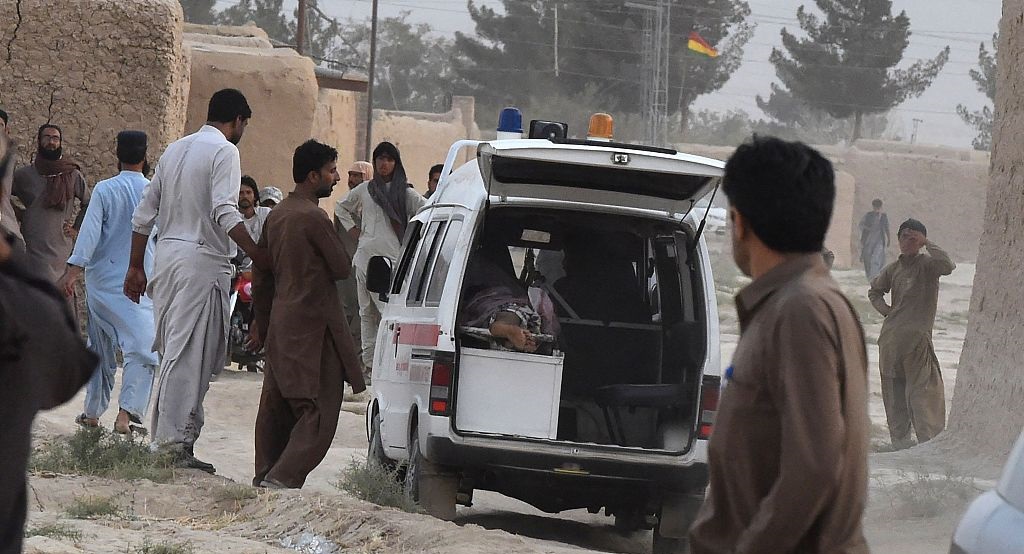 People gather around an ambulance loaded with a dead body following a bomb blast at an election rally in Mastung on July 13, 2018. (Photo: VCG)

Islamabad (People’s Daily) – A suicide bomb attack during a political rally in the Mastung District of Balochistan Province, Pakistan, on July 13 left at least 128 people dead and some 200 injured – making it the country’s deadliest terrorist incident since the 2014 Peshawar campus attack.

Provincial Health Minister Faiz Kakar confirmed the number of people injured in the attack to the local media.

The suicide bomber detonated explosives during a corner meeting of the Balochistan Awami party. The event was organized by its provincial assembly candidate Nawabzada Siraj Raisani, whose death has been confirmed by his brother, according to Geo TV.

The Islamic State has claimed responsibility for the attack.

With the 2018 general election approaching, Pakistan has witnessed a number of violent attacks on political candidates across the country.

Earlier today, at least four people were killed and 32 others injured in a bombing attack that targeted local politicians in the Khyber Pakhtunkhwa Province.