SAN FRANCISCO, May 23 (Xinhua) -- The US National Oceanic and Atmospheric Administration and local authorities were working to tow away a dead gray whale that washed up on the Pacifica State Beach shore of Northern California, officials said on Sunday. 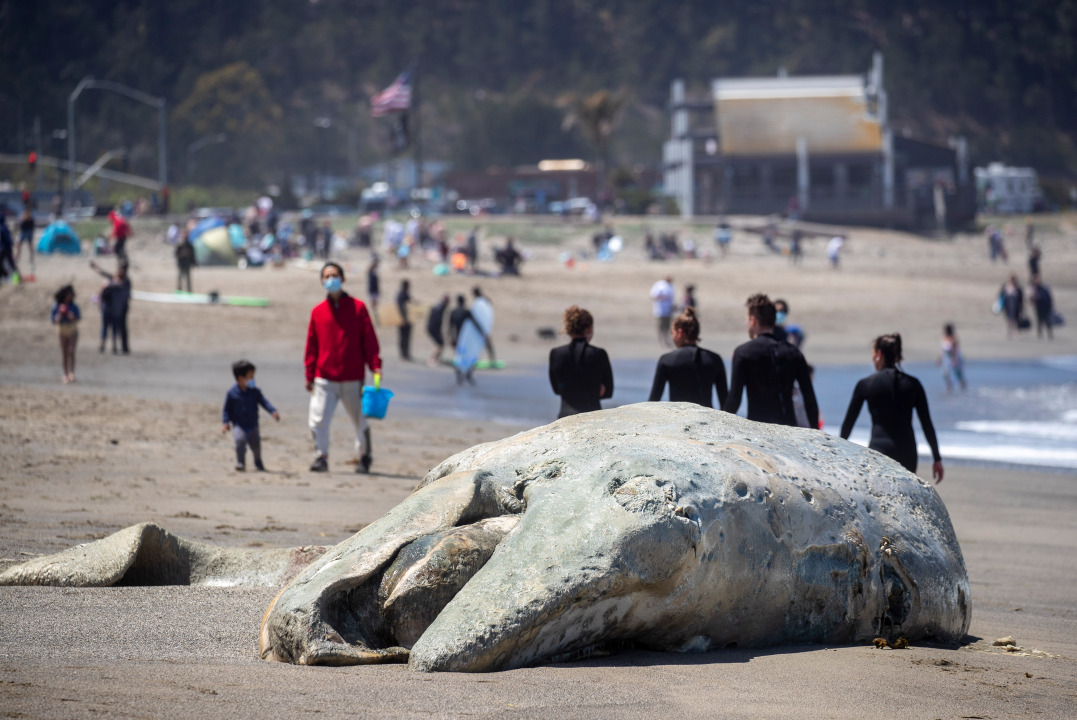 Officials at the Marine Mammal Center in Sausalito said they received the report of a dead whale at Pacifica State Beach Friday afternoon. It was the 12th dead whale to wash up on a San Francisco Bay Area beach this year, according to authorities.

The California Academy of Sciences collected tissue samples on Saturday and confirmed the whale was an approximately 47-foot adult male. The cause of death is unknown, according to a report by the San Francisco Chronicle on Sunday.

So far in 2021, 10 gray whales, one pygmy sperm whale, and one fin whale were reported dead on San Francisco Bay Area shores, according to the California Academy of Sciences.

Necropsies revealed that two died of a ship strike and two others were suspected to have died of ship strikes. Eight of the deaths were from undetermined causes, the San Francisco Chronicle reported.