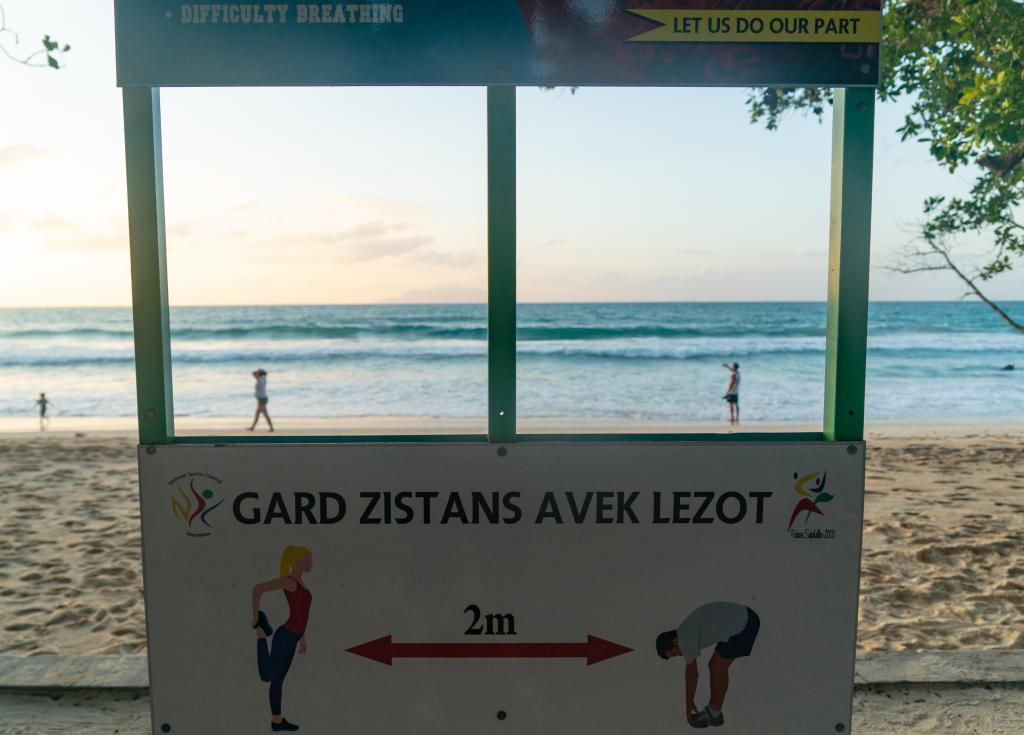 This file photo shows a sign of social distancing during COVID-19 outbreak in Seychelles, Jan. 12, 2021. (Xinhua)

ADDIS ABABA, Oct. 27 (Xinhua) -- Some 13 African countries have reported 6,883 monkeypox cases since the start of 2022, the Africa Centers for Disease Control and Prevention (Africa CDC) disclosed on Thursday.

According to data released by the Africa CDC, 173 deaths and a case fatality ratio of 2.5 percent have also been registered during the same period. The continental health agency noted that out of the 6,883 cases, 5,992 are suspected cases while 891 are confirmed cases.

Following the announcement by the World Health Organization that declared monkeypox a global public health emergency of international concern in July this year, the Africa CDC has been calling on African countries to strengthen laboratory diagnostic capacities and genomic sequencing capacity for monkeypox.

The continental health body also called on African states to develop and distribute both general and tailored risk communication messages for communities and vulnerable population groups.

Monkeypox, first detected in laboratory monkeys in 1958, is assumed to transmit from wild animals such as rodents to people, or from human to human. It is a rare viral disease usually transmitted through body fluids, respiratory droplets and other contaminated materials. The infection usually results in fever, rash and swollen lymph nodes.