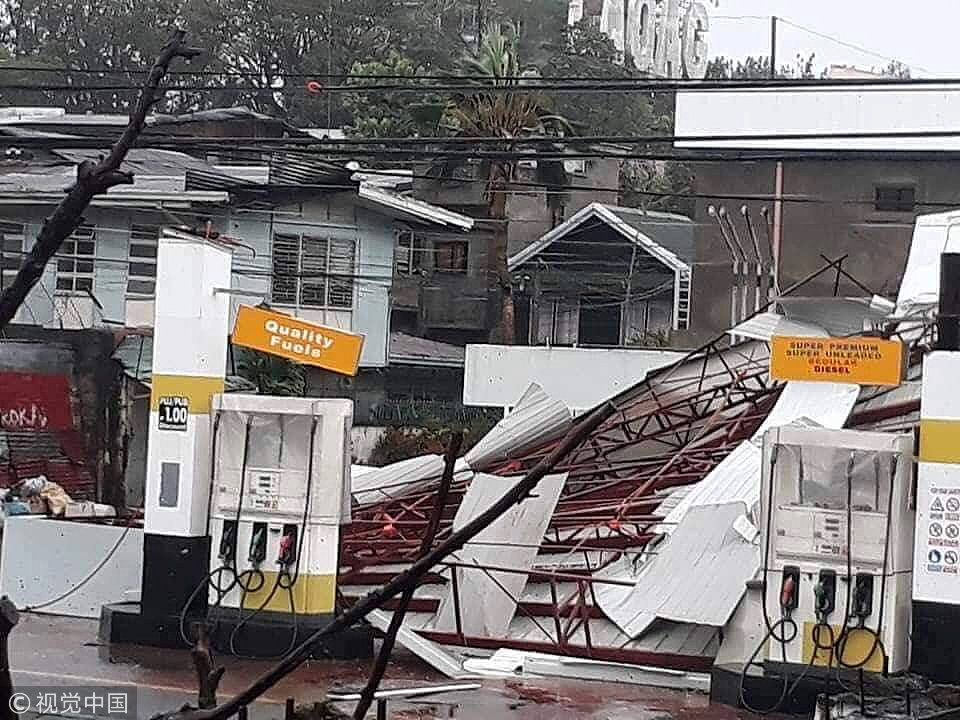 Secretary Francis Tolentino, presidential adviser for political affairs, told a local radio interview that four other people died in Cayapa, Nueva Vizcaya, including a two-year-old and an eight-month-old baby. "Their house was pinned by a tree," Tolentino said.

The NDRRMC also said that four people were reported injured.

However, Baguio City Mayor Mauricio Domogan said in an interview with a local television that his office received reports that five died and five others went missing in a landslide in Baguio City.

The local media also reported that a 13-year-old also died in another landslide in Itogon, Benguet.

The NDRRMC has yet to release an official casualty report on the typhoon.

Ricardo Jalad, the executive director of NDRRMC, admitted that the initial number of casualties will increase in the coming days.

More than 40 landslides have been reported in the Cordillera region and efforts are underway to clear the roads there, the NDRRMC added.

The typhoon also destroyed houses, toppled trees and displaced more than 60,000 in several villages in the northern Philippines.

The government is also restoring power supplies in areas that experienced power outages.

Nearly 5 million Filipinos have been affected by the typhoon, mostly farmers and fishermen from the provinces.

The super typhoon Mangkhut, which made landfall at 1:40 a.m. local time on Saturday in the northern Philippines, exited this Southeast Asian country on Saturday night. 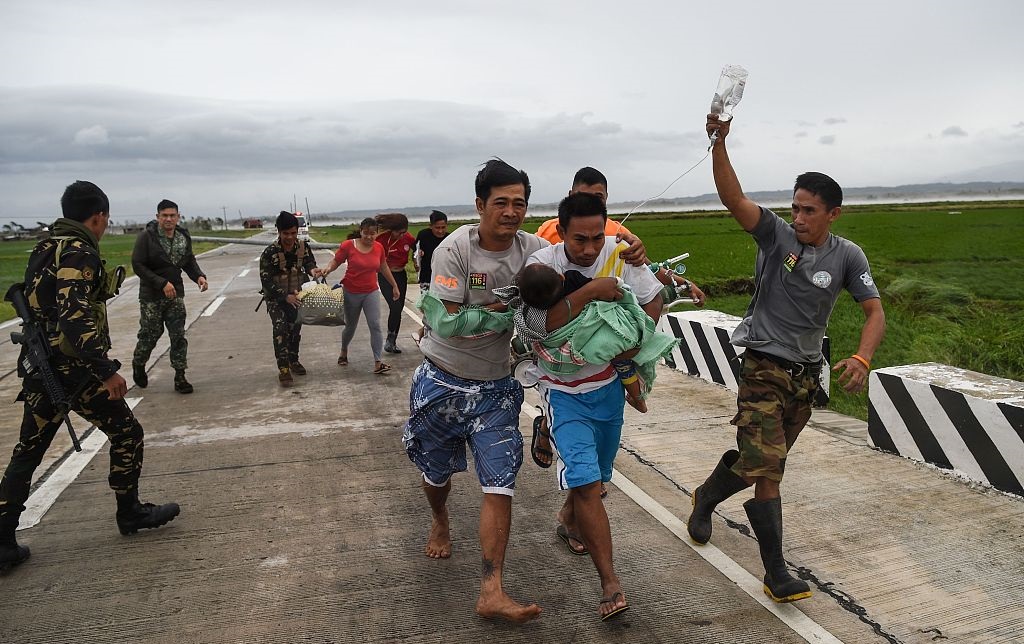 Philippine soldiers assist a family carrying their sick child to a waiting government vehicle after their ambulance failed to make it through a road blocked with fallen tree debris and electric posts toppled by strong winds from Super Typhoon Mangkhut in Baggao town, Cagayan province on September 15, 2018.  (Photo: VCG)